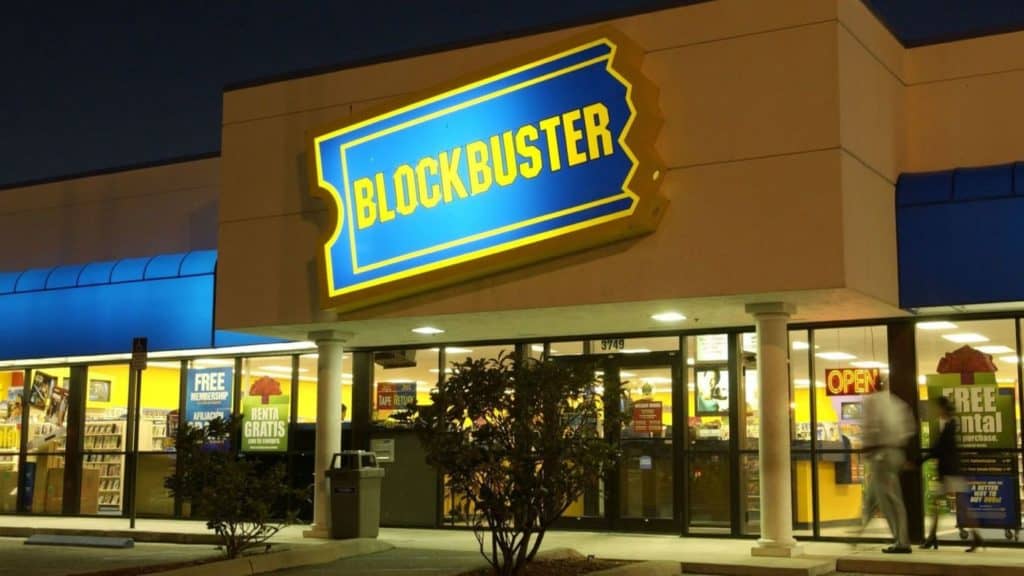 So, just to make it clear, a crypto group associated with the DAO wants to buy Blockbuster from Dish Network for the sum of $5 million, which they intend to gain in some way, possibly on a hope and prayer is what it amounts to since Dish Network bought Blockbuster for $320 million a decade ago. It sounds like a hope that a kid might have when they’re still too green to contemplate what it will take to buy such a popular name, doesn’t it? It likely makes sense to a lot of people, not to mention to the group, who appear to think that they might have this in the bag if they can come up with the $5 million in order to buy out a name that still has a great deal of value both from a nostalgic point of view as well as whatever could possibly be done with it in the future if Dish Network decides to do so. That’s why it feels more like a prank than anything, but the social media buzz around this at the moment appears to insist that it’s anything but.

Even more amusing is the idea that the group happens to think that a lowball offer of $1.8 million from a competitor wouldn’t get it done, since one has to seriously shake their head and wonder how they aren’t considering that this goal isn’t just unattainable, it’s kind of like asking to purchase a bottle of fine wine for the price of a Big Gulp, it’s easy to laugh at and isn’t bound to be taken seriously. If it is, then it would mean that the value of the Blockbuster name has gone down in a big way, but that’s also hard to believe since the idea is still capable of being used in one impressive way or another. So why let this group swoop in and buy it out? Dish did try to use Blockbuster to contend with Netflix, but one can see how that’s gone since Netflix is still a reigning streaming giant and as of now, a lot of people are looking at Blockbuster as a thing of the past.

On one hand, it’s easy to applaud the group for having the will and desire to come up with an idea like this that would bring back a beloved name in the entertainment industry. But on the other hand, coming up with their own idea would show a lot more grit and the desire to do something original, rather than hang their hopes on the recognizable name that would serve as a crutch, or a foundation stone depending on how one looks at it, to get their idea in gear and moving in the direction they desire. The fact is that however it happens, if they do succeed they’ll have found a way to make it work, and will have a bigger challenge of turning Blockbuster into a streaming service that could possibly compete with the other services out there. This remains a daunting task no matter how much money one can throw at the idea, which means that if this group does manage to push forward and make this happen, they’re still operating on a hope and a prayer until they get a solid base from which they can operate.

But that kind of begs the question of if they SHOULD be doing it since it does feel as though a lot of people would rather see Blockbuster come roaring back, or simply lay back and recognize that its time came and went. There’s still something that can be done with the name, and it’s because of the name that it could happen. People are all about nostalgia these days since the 80s and 90s have been making a comeback in a lot of ways. It’s still a thought that maybe it’s alright to leave some elements of the past decades alone, even if that’s now how it’s going to happen. In a sense, seeing Blockbuster make a comeback to become a streaming channel might be kind of cool to see, but there would still be the thought that someone had to knock the dust off of it and take it from a well-earned resting place to push it into service again.

If this becomes possible it’s fair to say that there will be people willing to see it happen, and those that will gladly condemn it. Some people, like myself, tend to think that the past, or at least some elements of it, should be left alone at times. But the fact is that progress doesn’t always know how to leave things alone, especially since by bringing back the past in a way that will get people to respond, one can make a healthy profit, provided that they know how to use the material at hand, and can get hold of it in the first place.