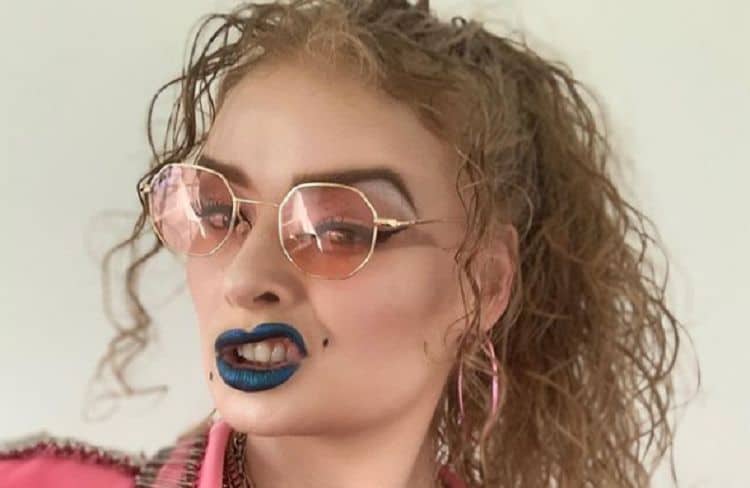 If Yahoo! Entertainment’s Lyndsey Parker is right, Alisa Ermolaev just grabbed some ‘entertaining moments of screen time’ auditioning for American Idol’s Season 18. Curious viewers can see Alisa’s entire audition on YouTube: but anyone who is interested in her talents may find this bit of screen time painful. Whether Parker’s assumption that Alisa did it for comedy is right or not, it’s hard to know if this is one of Alisa’s favorite moments.

Truth is- Alisa has already had a lot of moments on screen. Her IMDb filmography lists 11 acting credits beginning in 2012. They’re an assortment of bit parts and credited roles in TV series and film shorts. Alisa also has Director, Writer, and Producer credits for A Taste of Silence. Born in Moscow, and then raised in Queens, New York from the age of 8 months, Alisa is 5 feet 8 inches of strikingly beautiful fiery strength. Her intellect allows her to be chameleon-like in terms of her acting roles and she is filling social media with posts that show her talents.

During her American Idol audition, she told Katy Perry, Luke Bryan, and Lionel Richie that she was ‘Russian and Queens to the core’. Katy asked her what role she played in Hustlers and Alisa answered that she portrayed Russian Stripper Number 2. Katy asked her if it was a speaking role, and Alisa launched into fluent Russian describing her Hustlers character as a ‘don’t know who she is’ kind of girl. Aliso also replied to Katy that she really didn’t know vocally how people compare her to other singers, but visually some have mentioned Taylor Swift. Then Alisa announced her competition song, an original called “Say Goodbye”. Alisa was accompanied on guitar by her mentor and music partner Luigi “Babe” Scolio. Alisa flew through her audition on fire, but all the judges voted “no”, and this eliminated her from the competition. Alisa responded to her treatment with a scathing, expletive-filled YouTube video. She recanted– sort of– later:

1. Alisa created a YouTube response to the hating she received on social media after her American Idol audition

She went to the Dojo Studio in Jersey City, New Jersey. She defended her position as a “too unique artist” and encouraged others to pursue their own artistry. She rallied against bullying and said that she always hopes to reach her audience without being exploited. She joined with Hunter Gibson, who also made a statement about hate in social media. Alisa told her audience “don’t hate-create”.

Hipster Vice is a 36-minute-long film short from 2012. It’s a neo noir, musical comedy about hipster crime “running rampant” in New York City. The plot is about two detectives who investigate some strange deaths which have a connection of some kind to a loft party. It took nearly two years to complete Hipster Vice. It premiered at The Williamsburg Independent Film Festival in 2012.

The ASTRA Creative Children Center, Inc. is a registered 501 (c)(3) tax-exempt organization offering after school classes for children from low income families at no cost to them. The organization has been incorporated since August 2005 and operates in the Community Hall located at 331 Beach 31st Street in Far Rockaway, New York. Alisa has been a resident of Far Rockaway. The organization offers classes in Music & Performing Arts, Visual Arts and Design taught by volunteers.

4. Alisa has been a professional model

Some of her work has been for Kamile Kuntz Photography, the International Beauty Show NYC, Eric Von Lockhart Photography, The Make Up Show NYC, Starr Treatment, Comic Con NYC and a Beauty Editorial Shoot for Vanessa Evelyn.

That’s because the film took in a total of $171.5 million at the box office. She’s also had roles in the TV series Elementary portraying Anezka. In 2018, she was part of the TV Series Ray Donovan. She’s also had roles in The Protokon, Hustlers, The Wisdom Tooth, and Cinemensch. She also moved into the role of Director, Producer and Writer in a Taste of Silence. As a result, her net worth is estimated to be about $200 thousand.

Her mentor Luigi Scorcia accompanied her on acoustic guitar while she sang stylized rock and roll songs. She told a story about going to Los Angeles with her boyfriend and deciding that she could sing her own songs instead of covers. She posted her band’s name as Da Dame & Da Babe- a nod to her musical relationship with Luigi “Babe”. Her own composition ‘Dangerous Woman’ told her personal story about her old life “only making love”, while her song “Go to Hell” was a story about her encounter with a man on a train who gave her enough dirty looks that she decided to sing about it.

7. Alisa has several Off Broadway and other theater credits to her name.

She’s had parts in the Yankee Peddler, sung in the choir of The Masada, portrayed Antonina Milyukova in Tchaikovsky, had the role of Elana in The 99, appeared as Rapunzel, Gretel, and Manimal for the Nightmare Fairytales Haunted House NYC, was in Reefer Madness as Mae, was Katherina Serafima Gleb in SLAVS! and Betty Parris in The Crucible.

9. Alisa graduated from the New York American Musical and Dramatic Academy with a 2 Year Professional Degree

She also majored in Film & Media Studies and holds a Bachelor of Science Degree, a Certification in Filmmaking, and a Certification in Screenwriting from the New School University of Public Engagements. Prior to that, she graduated with a Diploma from the Fiorello H. LaGuardia High School of Music & Art and Performing Arts in New York.

10. Alisa has some classical singing chops

Alisa is a coloratura soprano. She performed Reynaldo Hahn’s French song; L’huere exquise at a gathering celebrating her sister’s birthday.