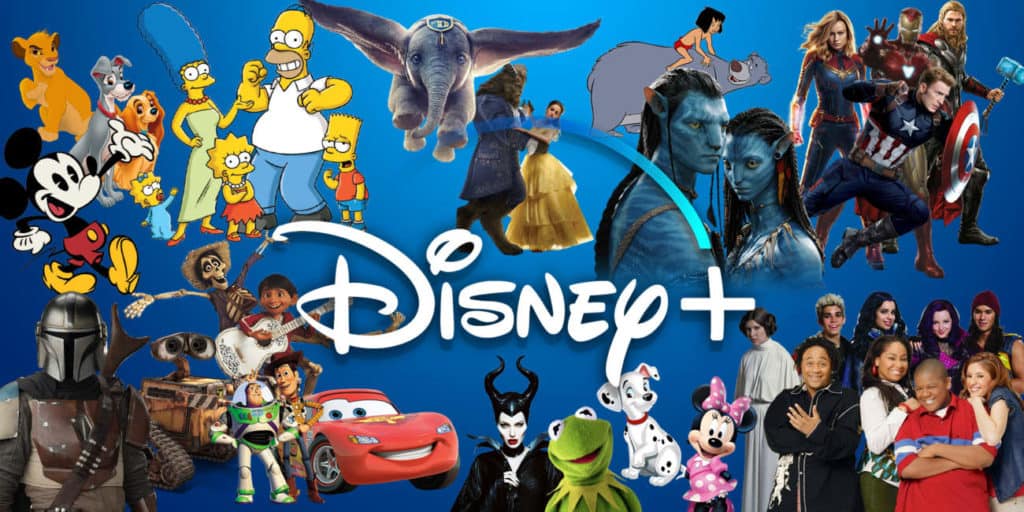 While Disney+ can hardly be said to be a perfect streaming service by any means, the realities of the ongoing pandemic and our still-homebound pandemic lives has made it something akin to an essential service for kids and kids-at-heart the world over.  Times are tough, after all, and everybody seems to be gravitating toward the cinematic equivalent of grilled cheese and tomato soup: hardly a sophisticated meal, but one that’s filling and tastes good and reminds you of better, happier times.  And, you know what?  That’s perfectly okay.  Disney+ has a deep library of certified childhood classics, familiar favorites and genuinely great movies that are increasingly ground zero for whatever passes for happiness in 2020.  It’s like a double shot of pumpkin spice in your veins, a bag full of fun-sizzed candy bars that you’re supposed to pass out to kids on Halloween and a piping hot mug of hot chocolate all rolled up into one.  Find happiness wherever you can these days is what I say, and these are a few of the happiest streams on Earth right now. 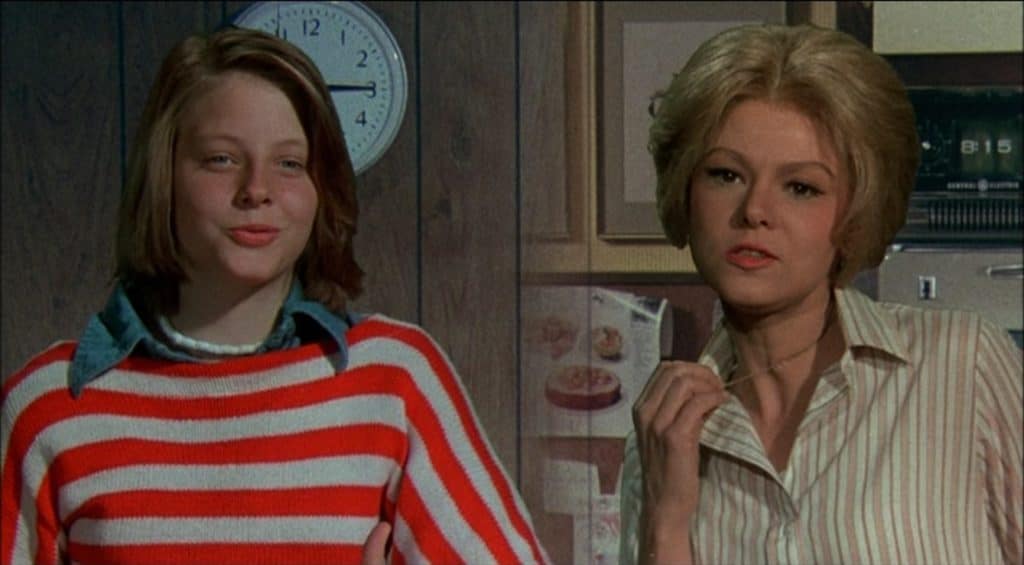 Freaky Friday (1976) – One of the funnest-looking movies still scheduled for 2020 release is Freaky (2020), a slasher film that the seeks to do pretty much the same thing to Freaky Friday as something like Happy Death Day (2017) did to Groundhog Day (1993).  And, yeah, I’m hooked: it’s a fun premise that looks to be handled by a lot of competent filmmakers.  But before you go “out” to see it (and by “out” I mean rent the VOD from your couch) this November, this seems like a perfect opportunity to refamiliarized yourself with the bodyswapping premise by watching the original out-of-body film that inspired it in the first place.  Freaky Friday is hardly a perfect film – in fact, in a lot of ways it’s a very silly one – but its fun, light entertainment that takes an honest look at the underlying tensions inherent its central conceit, grafts it onto an odd-couple mother/daughter story and fills out the rest with the typical Disney-branded competence.  The result is the groundwork for everything from the aforementioned Freaky to the internationally revered Your Name (2016). 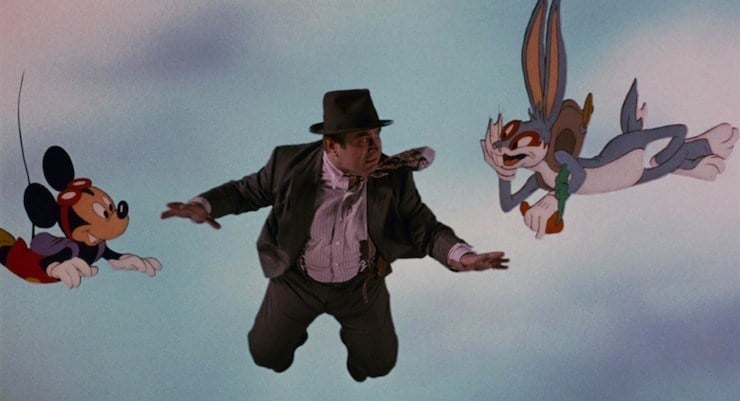 Who Framed Roger Rabbit (1988) – When you really get down to it, the problem with live-action/animation hybrid movies is that none of them – not a single one – has ever been able to surpass granddaddy Who Framed Roger Rabbit either by way of scope or quality.  Seriously, we’ve gotten Space Jam (1996), The Adventures of Rocky and Bullwinkle (2000), Looney Tunes: Back in Action (2003) and the listless processions of Alvin and the Chipmunks, Peter Rabbit and Sonic the Hedgehog movies and nothing has even come remotely close to being as good or convincingly rendered as this Robert Zemeckis joint from before I was born.  I think what it ultimately comes down to is rather simple storytelling: Who Framed Roger Rabbit is a neo-noir first and foremost, which filled in the details with Warner Bros and Disney characters, whereas every last one of its successors has simply been a cash-grab kids movie using a familiar set of characters and instantly-dated pop-culture references to try and present something colorfully distracting enough for them to sit still for 90 minutes.  More than thirty years later, this original movie still stands as the unimpeachable proof that the concept can work, and beautifully so, if only you put the work into it to make it so.  Every movie can, in fact, be a great one: it’s all in the execution. 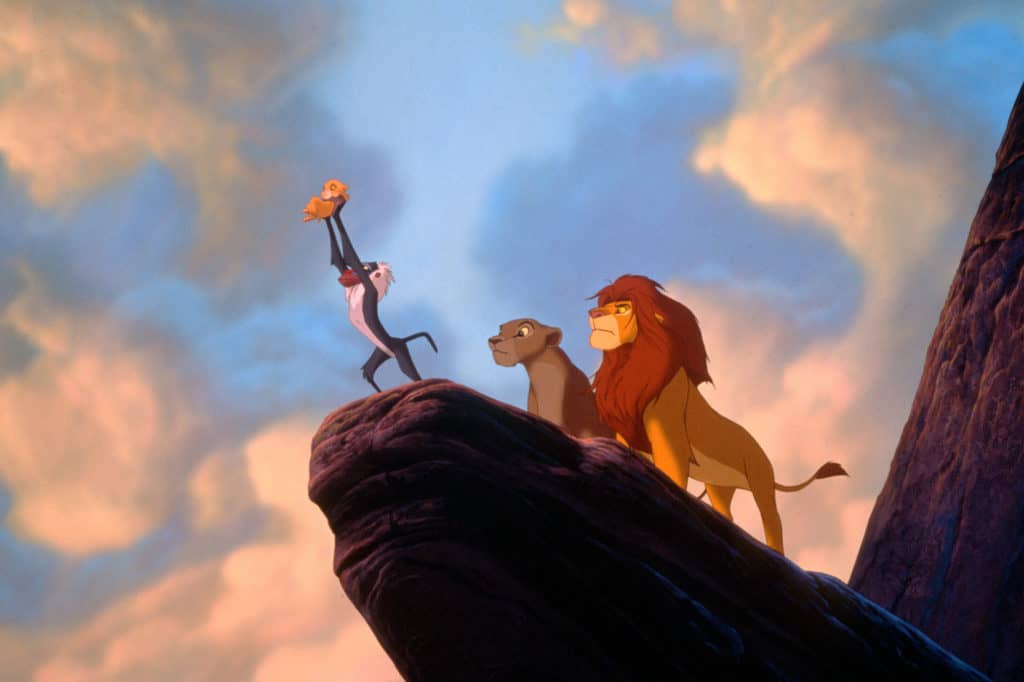 The Lion King (1994) – The thing about the 1990s Disney Renaissance is that while every movie was hardly perfect, every movie was perfect for some segment of the Disney audience.  Seriously, get ten people together in a room and, likely as not, every one of them will have a different favorite from that decade of annualized animated classics.  My favorite is Beauty and the Beast (1991), but a friend of mine from high school wore out her multiple copies of The Little Mermaid (1989) as a kid.  Sure, the gargoyles bothered me like no other, but there are plenty of people who love them (or will willingly overlook them) because of how dark and twisted and breathtaking the rest of The Hunchback of Notre Dame (1996) was.  I’ve seen convincing arguments made for Aladdin (1992), Hercules (1997), Mulan (1998) and even Tarzan (1999), but the film I’ve seen elevated to #1 status most of all is probably The Lion King (1994), not only my wife’s favorite of the Renaissance, but her overall favorite movie period.  And, really, it’s hard to argue with that take.  A brilliant streamlining of Shakespeare’s Hamlet with gorgeous, sometimes aggressively abstract, animation sequences and toe-tappingly memorable musical numbers that are pretty much uniformly perfect across the board.  The movie’s tone whips around to whatever extreme is needed in the moment like a Bong Joon-ho movie and a cast so perfectly chosen that they didn’t even bother replacing James Earl Jones in the “live-action” remake from last year. 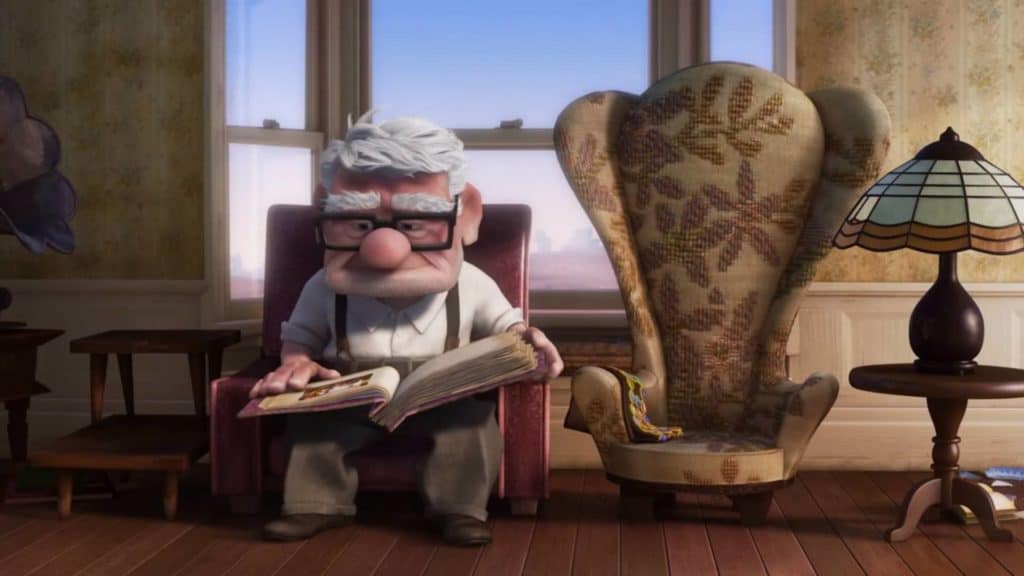 Up (2009) – To be perfectly honest, I’m not the biggest fan of up (although, like The Lion King, it’s hard to argue with anybody who is).  The bulk of the movie is a fun, flighty little action-adventure movie with a grouchy old man, loveable scouting scamp and talking dog, but none of it feels as grounded or emotionally meaningful as Pixar’s other masterpieces.  Nothing, that is, save for the opening segments detailing Carl’s life and love and loss over the span of decades.  As an isolated segment, it very well might be the best thing that the studio has ever put out, it’s just that the story which follows it – while fun – never quite lives up to the gutting promise of those first few minutes.  Still, that stretch of moviemaking is potent enough to last you a lifetime, and whenever the film calls back to Carl and Elie’s union, something almost magical happens to the rest of the film.

Captain America: The Winter Soldier (2014) – With maybe the briefly-held exception of the first Avengers movie, my favorite MCU movie has always been a Captain America one.  The First Avenger (2011) was the very first Marvel movie to stick the landing all the way through (avoiding the infamous third-act pitfall of the other Phase 1 movies), The Winter Soldier (2014) was the first movie to radically change up the genre to keep things fresh following the first suggestions of “superhero fatigue” among the fandom and Civil War (2016), which is still my favorite MCU outing to date, is this shockingly complex deconstruction of every preceding Marvel movie (and, really, the larger genre as a whole) that radically pushed forward Phase 3’s new and contentious status-quo.  But one of the most visceral responses I ever had towards the MCU wasn’t even in a theater, but it was picking up The Winter Soldier on BluRay for the first time, realizing with a start that they’d released it on September 11.  And that’s just not something that happens on accident: not when your protagonist is literally named after your country, drapes himself in its flag, fights a genocidal manifestation of The Patriot Act engineered by Nazi sleeper agents that have infiltrated the US government at its highest levels.  For me, that one date recontextualized everything that the movie had to say about America, about patriotism and about what “doing the right thing” really entailed.  And coming now at a time when certain bad-faith actors in the US government are increasingly taking hard-lined stances in favor of fascism, Captain Rogers’ reminder that “the price of freedom is high [and] always has been,” but that it must be “a price that [we’re] willing to pay.” 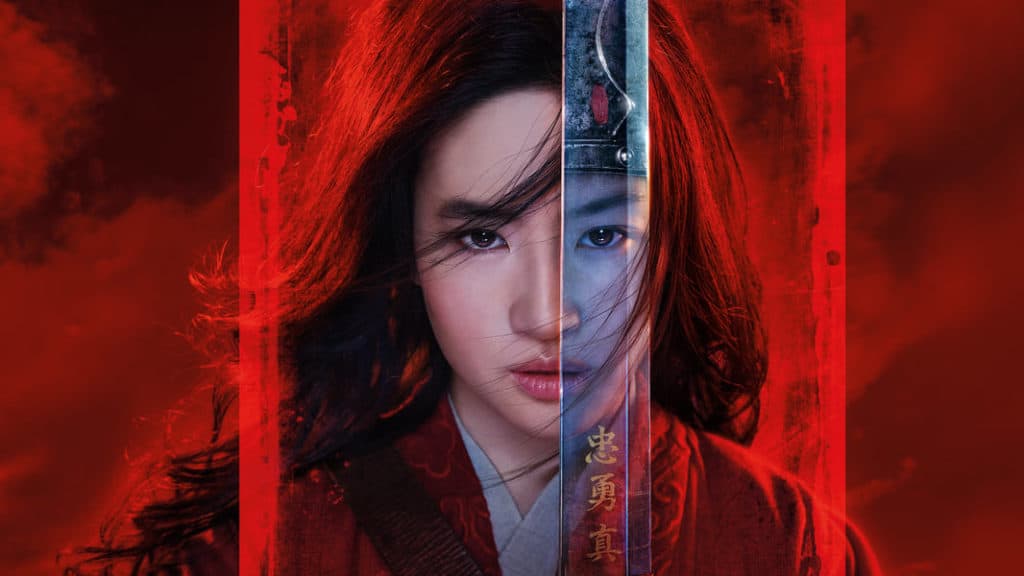 Mulan (2020) – 2020 hasn’t lacked for good movies by any means.  They’re out there, if you know what to look for, but the lack of centralized theatrical distribution has made galvanizing a discourse around these movies (let alone a meaningful, informed one) degrees more difficult than it has been in previous years.  Sure, people have shown up to talk about Extraction (2020) or Cuties (2020) on Netflix, Da 5 Bloods (2020) has taken extra weight since Chadwick Boseman’s unexpected death and you can find hard-hitting movies like The Assistant (2020), Swallow (2020) and La Llorona (2020) on streaming services and VOD pretty easily, but it just isn’t the same.  Disney’s live-action remake of 1998’s Mulan, however, is a different matter entirely.  This wuxia-lite action-adventure film has been high-priority viewing for a lot of people (myself included) since its announcement, promising to marry Disney-branded blockbuster mechanics to something actually capable of breaking into China’s decidedly insular box office in a way that the House of Mouse has heretofore been unable to manage.  And while it didn’t quite manage that last part in the end, the film fits comfortably into the American consciousness as a gateway movie to genuine Chinese martial arts epics like Crouching Tiger, Hidden Dragon (2000), Hero (2002) and Ne Zha (2019).  During this uneasy transition into Chinese dominance on the world stage, Disney’s latest Mulan ironically is priming American audiences with the incoming influx of mainstream global entertainment coming from outside of their borders.