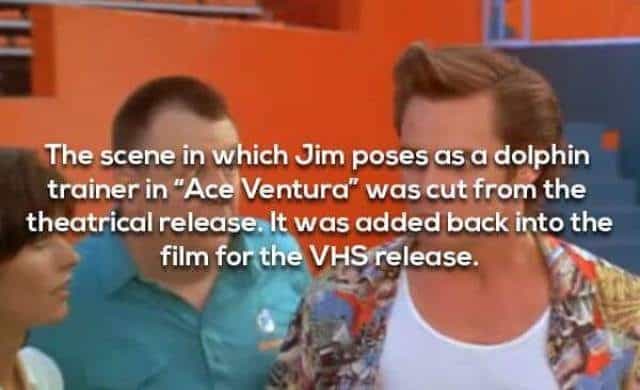 When you talk about funny you don’t dare exclude Jim Carrey from the discussion. He’s got an encyclopedia worth of funny stuff in his resume, and that’s just the stuff you don’t know about. For instance, the whole dolphin trainer bit added a lot more to the movie than was originally seen. Without this part fans might have been confused about the whole idea of Jim checking the pool in the first place.

Here are a bunch more facts about Jim Carrey movies you’ll be interested in learning. 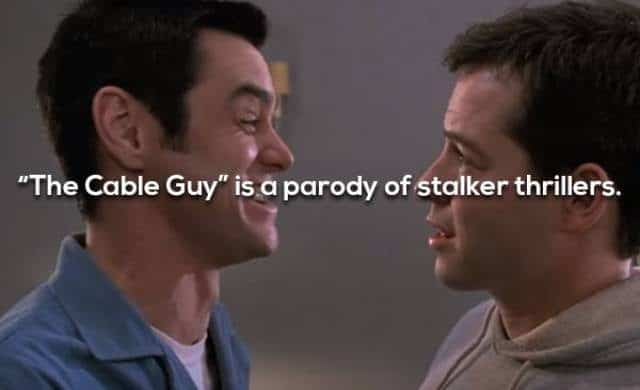 Because psycho stalkers are soooo funny. Well, as long as they’re Jim Carrey they are. 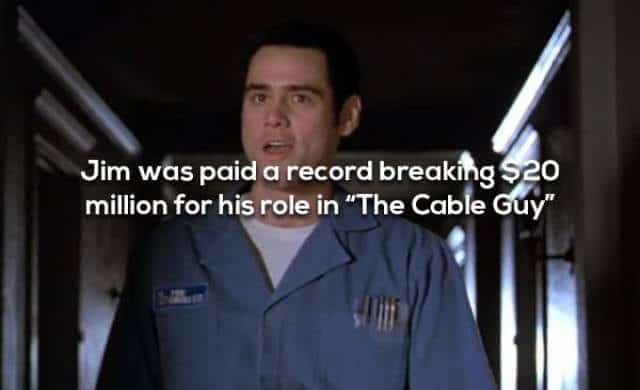 I hate to say it, but for this stinker he would have been better off taking a pay cut simply because it was really-that-bad. 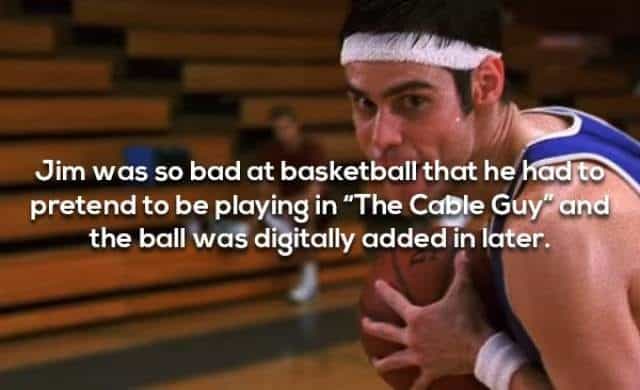 The whole problem is that he’s just big enough to be intimidating when he’s running at you with the ‘ball’. 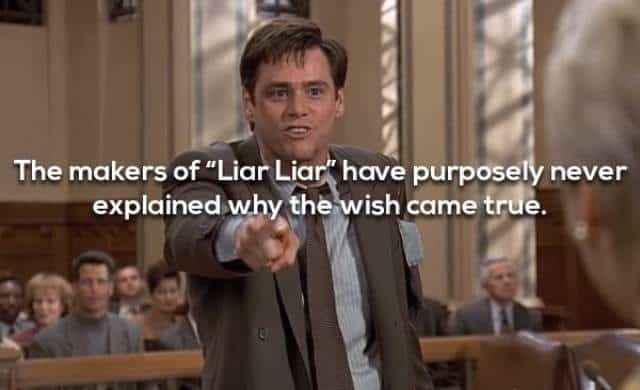 Was it really necessary? It was a movie after all and it was a boy in need. Explaining it would have ruined the plot. 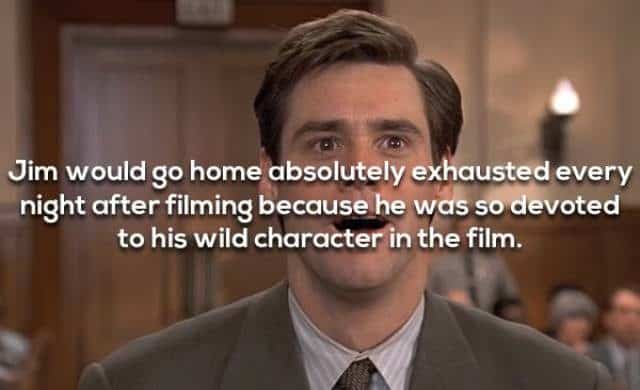 Did you see half of the stuff he did in this movie? That’s not even counting the outtakes they had to get through. Most people would be exhausted. 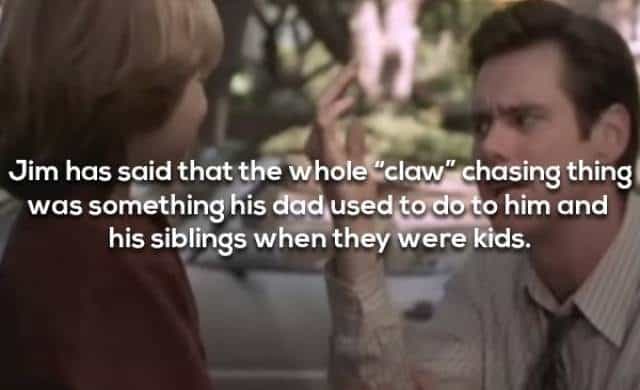 At least you know where he got his funny side. Thanks to his dad we were all gifted with a very funny man. 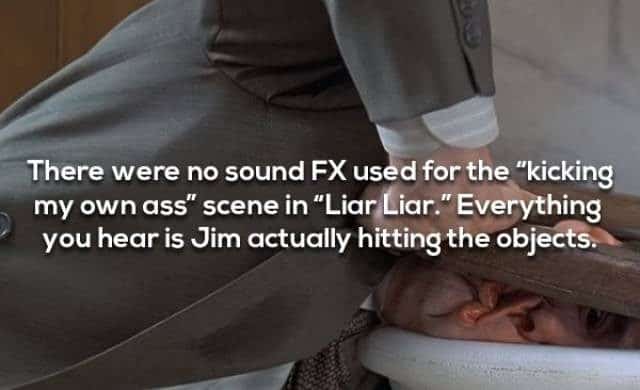 Yikes. A lot of that sounded like it might hurt if it was really happening. Thank goodness he has a rubber face, kind of. 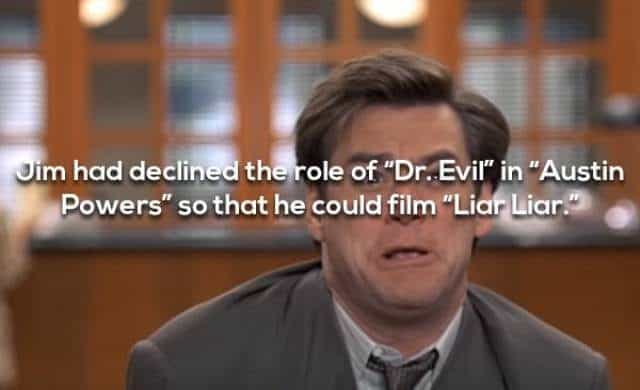 I kind of think he would have done to Dr. Evil what he did to the Riddler. 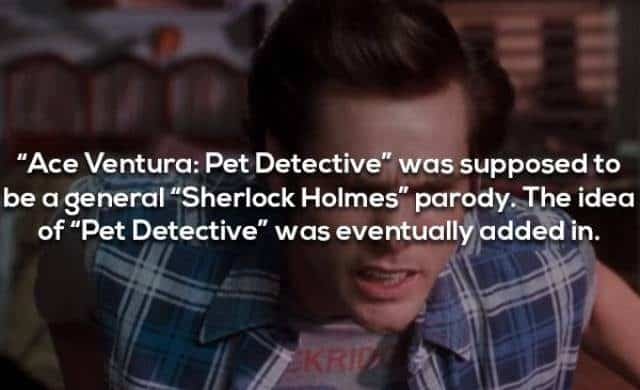 He definitely got the sleuth part down, but of course the funny had to come from the Pet Detective side. 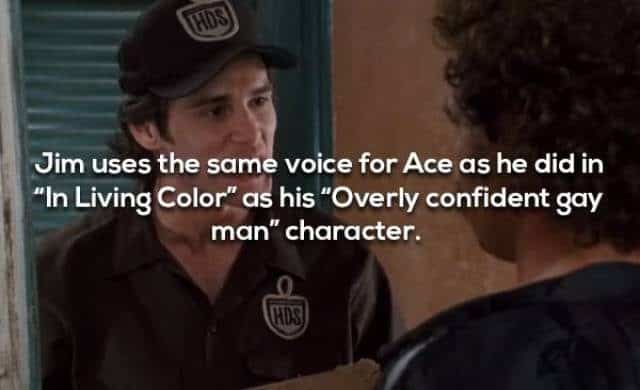 It’s kind of a wonder that he never tried to get any Fire Marshall Bill material in there. 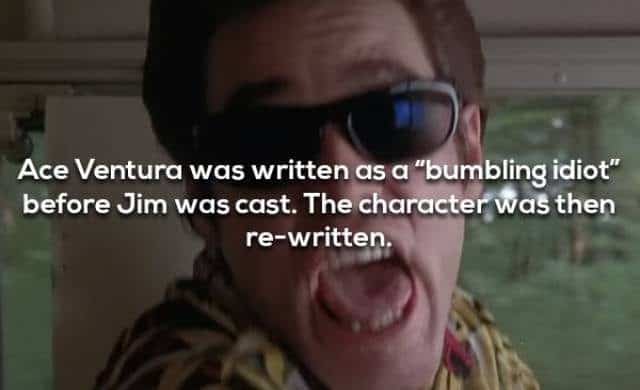 Yeah, Jim Carrey as an idiot in this one wouldn’t have worked quite so well I think. 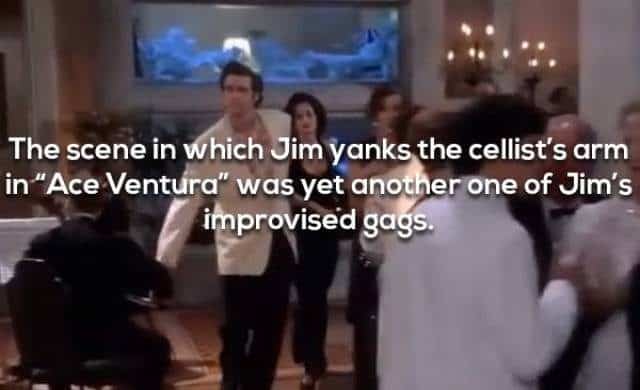 Some actors have described working with him as a hellish and uncertain experience at worst. Or is it at best? 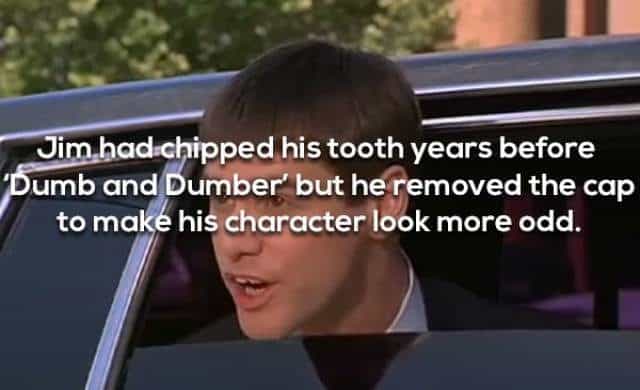 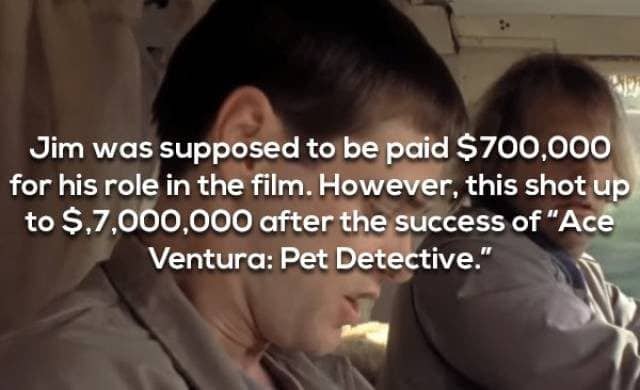 Nothing like adding another zero to your check to get into true character. 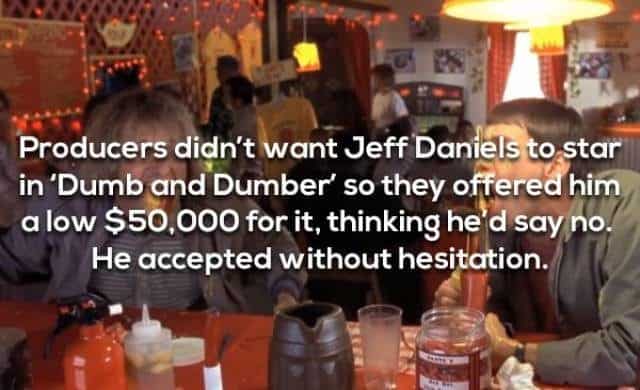 Either Daniels is a very humble man or he just really needed the work. 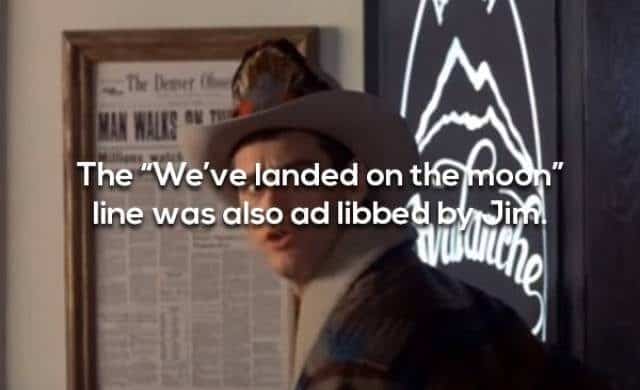 Jim Carrey is a master at ad-libbing lines. The serious looks he gives make it all the more hilarious. 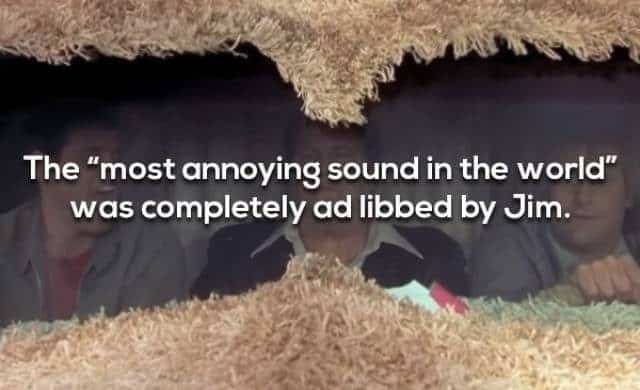 I’m certain that the poor guy in the middle could have done without the ad-lib in this particular scene, but he played it off well. 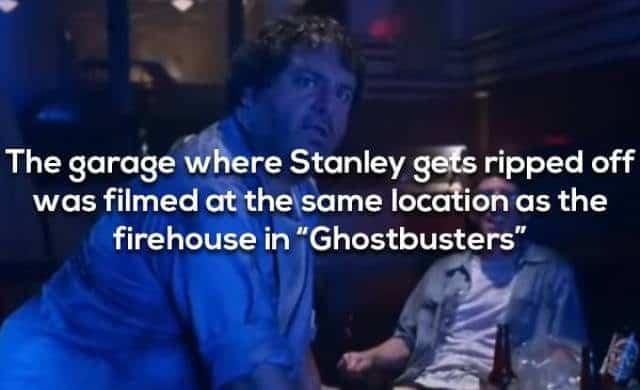 Too bad the Ghostbusters weren’t in residence at the time, that way the guys wouldn’t have had a tailpipe jammed up, um, well, their tailpipe. 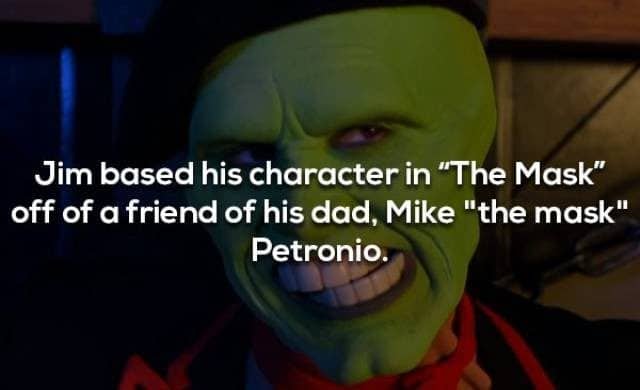 Mike must have been one goofy-acting guy for Jim to use him as inspiration. 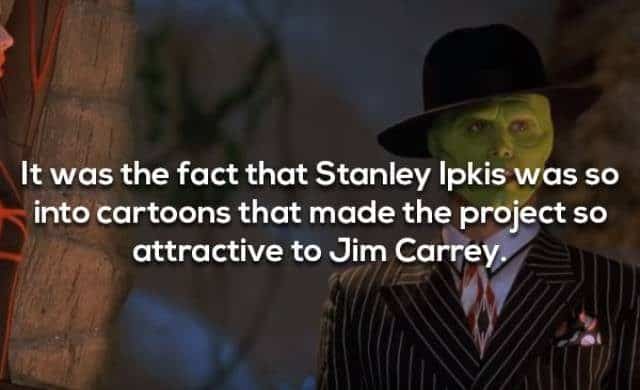 There’s nothing wrong with men loving cartoons, so long as it’s not the wrong kind of love. You know what I mean guys. 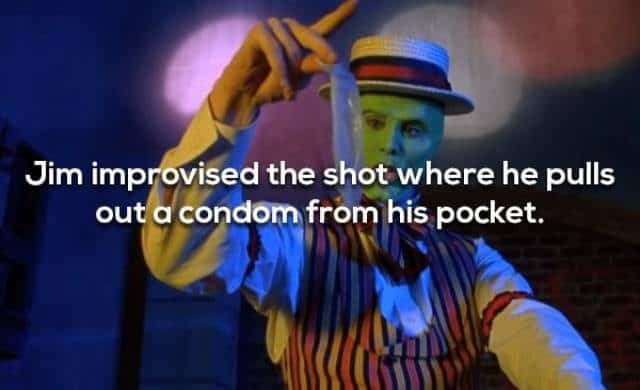 Am I the only one that cringed when he pulled a limp, used condom? No? Good. 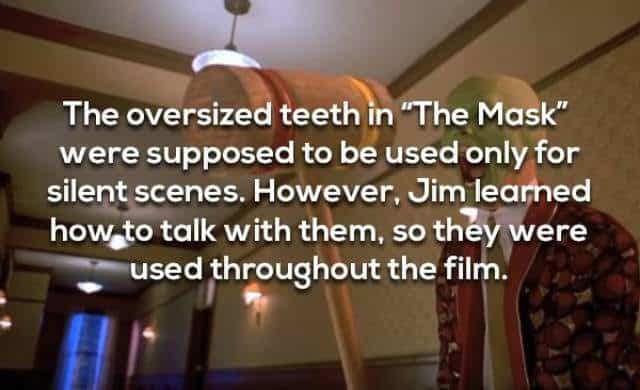 Don’t underestimate Jim Carrey and what he can do. The man is a comic genius.

Thankfully over the years Jim Carrey has branched out into other films, but he’s still regarded as one of the funniest men alive.