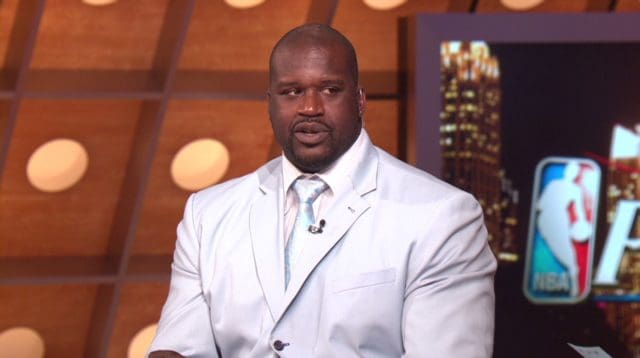 Celebrities encompass a wide range of people with a wide range of interests, so it should come as no surprise to learn that a number of them have pursued higher education to the highest degree levels that are available to them. Sometimes, they did so because they have a passion for a particular field. Other times, they did so because they have lives beyond whatever it was that made them famous in the first place. Whatever the exact cause of their pursuit of higher education, there are numerous celebrities who had earned either Ph.D.s or something similar in fields of their choosing, including a fair number of names that most people would have never expected based on a cursory knowledge of the degree holders.

Here are 20 celebrities who you didn’t know had PhDs: 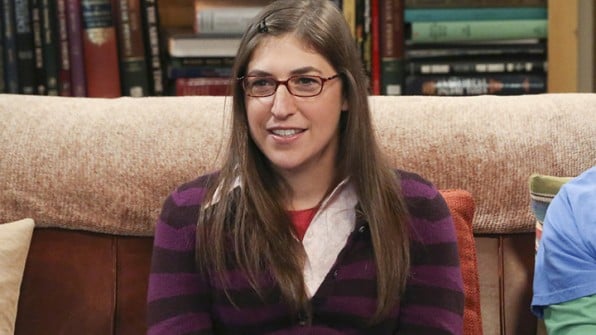 Although she has appeared in numerous movies and TV shows, Mayim Bialik is best-known for her role as Dr. Amy Farrah Fowler on CBS’ The Big Bang Theory. However, it is interesting to note that she is much more similar to her character than most people would expect, starting with how both of them are neuroscientists. In brief, Bialik earned a B.S. in Neuroscience at UCLA before continuing on to earn a Ph.D. in the same field from the same school, having written a dissertation about activity in the hypothalamus in people suffering from Prader-Willi syndrome. For people who are unfamiliar with Prader-Willi syndrome, it is a genetic disorder caused by the loss of function of particular genes, leading to symptoms such as weak muscles, poor feeding, and slow development.

Shaquille O’Neal was pursuing higher education at the same time that he was cementing his reputation as one of the greatest NBA centers of all time. For example, he completed his B.A. in 2000. Afterwards, he completed a MBA through the online University of Phoenix in 2005. Finally, he earned an Ed.D. in Human Resource Development at Barry University in 2012. So far, O’Neal has been putting his extensive education to excellent use, as shown by his numerous successes in the business world following his retirement from the NBA.

Wladimir Klitschko is a Ukrainian boxer who has won the Olympics gold medal for the super-heavyweight division as well as the world heavyweight championships of three major sanctioning bodies. Furthermore, he is in a relationship with American actress Hayden Panettiere, who is best-known for her roles as Claire Bennet on Heroes and Juliette Barnes on Nashville. However, it is interesting to note that Klitschko holds a doctorate in sports science from Kiev University, which is rather fitting when he is considered to be a strategic boxer in the ring. 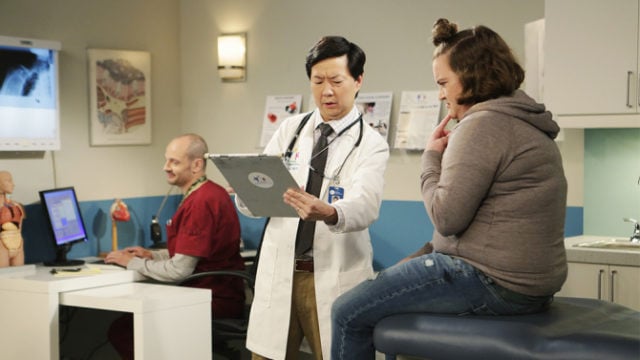 As it turns out, Ken Jeong was a licensed medical doctor with a M.D. from the University of North Carolina at Chapel Hill’s School of Medicine before his wife convinced him to pursue his passion for acting. Although he is no longer practicing at the moment, his expertise and experience in medical matters enabled him to create Dr. Ken, which is a TV show running on ABC that sees him performing in the titular role with his characteristic sense of humor.

Miuccia Prada is one of the grandchildren of Mario Prada, who founded the fashion label with his brother in 1914. Although she is famous for being a successful businesswoman as well as a successful fashion designer, it is interesting to note that Prada is a multi-faceted woman with a wide range of interests. For example, she trained at the Teatro Piccolo to become a mime before performing for five years. Furthermore, she has a Ph.D. in political science from the University of Milan, which is not what most people would expect from the head of one of the most famous fashion labels in the world. 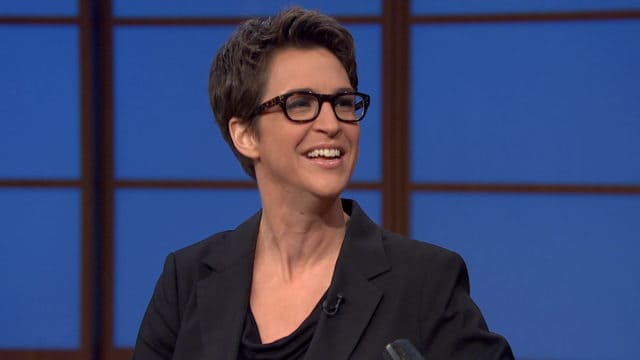 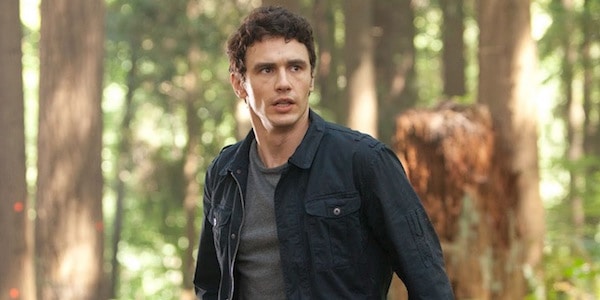 Technically, James Franco is still a Ph.D. student in English at Yale University rather than a Ph.D. holder, but considering his interest in education, it seems probable that it is no more than a matter of time. In brief, he has a Master of Fine Arts from Columbia University, which he earned while studying film-making at New York University and fiction writing at Brooklyn College at the graduate level at the same time. The actor and film-maker has stated that he loves school because it keeps him focused as well as grounded, which seems to be no exaggeration considering the sheer extent of his commitment to his continuing education.

In total, Brian May took more than 35 years to complete his Ph.D. in astrophysics from Imperial College in London. However, this was not because of an academic failing on his part but because his career as the guitarist for the rock band Queen took off midway through his studies. Despite his success, May remained interested in astronomy, with the result that he returned to school in 2006 at the age of 59 to complete his education. As a result, he is now not just the holder of a Ph.D. in astrophysics but also a visiting researcher at his alma mater.

Robert Vaughn was a rather well-known actor who appeared in movies and TV shows that ranged from The Man From U.N.C.L.E. to The Magnificent Seven and The Young Philadelphians. However, he was also someone who managed to earn a master’s degree in communications from the Los Angeles State College of Applied Arts and Sciences as well as a Ph.D. in communications from the University of Southern California. In fact, Vaughn actually published his dissertation as a book called Only Victims: A Study of Show Business Blacklisting. 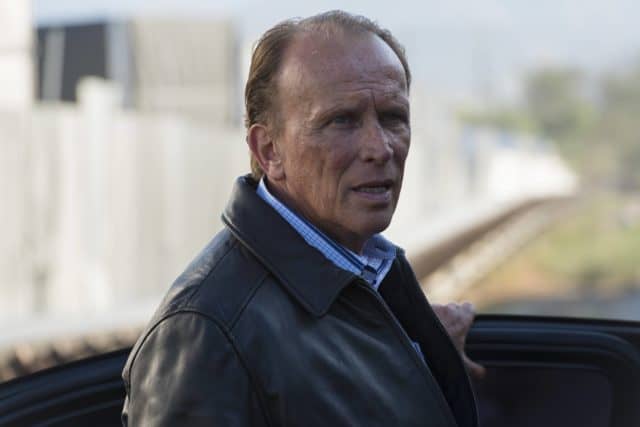 When it comes to entertainment, Peter Weller is best-known for being both an actor and a director, with his most famous role being the original RoboCop in both RoboCop and RoboCop 2. More than that, he is also an art historian with a Ph.D. in the Italian Renaissance from UCLA, which is why he has served as a lecturer as well as the host of Engineering an Empire, which is a History Channel TV show about the architectural accomplishments of great civilizations such as Egypt, Rome, and China. 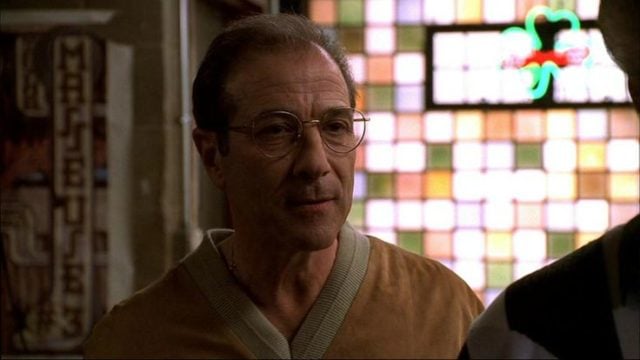 Dan Grimaldi might be recognizable to some as the twins Philly and Patsi Parasi on HBO’s The Sopranos. However, he did not get into acting until he had earned a Ph.D. in data processing from City University in New York City and held a job at a lab. Even now, Grimaldi works as a professor at Kingsborough Community College in Brooklyn, where he teaches mathematics and computer science.

Mikhail Youzhny was the No.1 Russian tennis player as well as one of the top 10 tennis players in the world at the height of his career. Furthermore, he has a Ph.D. in philosophy from the University of Moscow, which he earned in between participating in tournaments. It is interesting to note that he wrote his thesis as a comparative analysis of how different tennis players approached the game, which was meant to provide useful insight for people who are just getting started with honing their skills.

“Iron” Mike Marshall had a reputation for being one of the best MLB pitchers with the screwball, which moves in the opposite direction of a slider or a curveball. However, he sees himself as more of a researcher, so much so that he has stated that his career was lab experimentation for his baseball pitching theories. This is more appropriate because he has a Ph.D. in kinesiology from Michigan State University, which he has put to use coming up with a baseball pitching method that he believes can help to reduce arm injuries in baseball pitchers.

Frank Ryan was a NFL quarterback who led the Cleverland Browns to the 1964 championship, which was six months before he completed a Ph.D. in mathematics from Rice University. Later in life, he balanced his two passions by teaching at Case Western Reserve University in the morning before playing football in the afternoon. Even later still, he continues to lecture in spite of his retirement, though he is also known to mull over number theory problems from time to time for personal satisfaction.

Greg Graffin is the lead vocalist for Bad Religion, which is an American punk rock band that has seen numerous membership changes with him remaining as its sole constant. In 2003, he got his Ph.D. in zoology from Cornell University, which he has since used to teach life sciences, paleontology, and evolution at both Cornell and UCLA. Furthermore, he has written books about science and religion, which reflect his view that the world is naturalistic in nature, meaning that its operations can be explained using nothing but natural laws.

At one point, Robert Leonard was the singer for Sha Na Na, which was successful enough that it opened for Jimi Hendrix at Woodstock. However, Leonard decided to leave music in pursuit of a Ph.D. in linguistics from Columbia University. As a result, he is now a professor of forensic linguistics, which is the branch of applied linguistics that is used in matters relating to the law. In fact, Leonard has helped train a number of law enforcement officers in the skill of linguistic detection, which is something that he is quite proud of, not least because it is so rare when combined with his other accomplishments.

Sterling Morrison was another example of a rock star who completed his studies. In brief, he was one of the founding members of the Velvet Underground before going on to complete a Ph.D. in medieval studies at the University of Texas at Austin in 1986. In order to pay for his studies, he actually had to work on tugboats, which eventually led to him becoming a full-fledged tugboat captain in his own right. Unfortunately, Morrison is no longer with us, having passed away in 1995 because of lymphoma.

Karl Precoda was once the guitarist for an alt rock band called The Dream Syndicate, which was never successful in a commercial sense but nonetheless managed to win a fair amount of acclaim for their songwriting as well as their guitar playing. Later, Precoda went on to earn a doctorate in English from the University of Virginia, which has translated into a teaching job at Virginia Tech, where he teaches cinema and cultural studies. However, it is interesting to note that Precoda continues to play the guitar, though not as part of the Dream Syndicate, which reunited in 2012.

Car Talk was an award-winning radio show broadcast on NPR stations. Tom Magliozzi was one of two brothers who hosted the radio show, who also ran a DIY auto repair shop as an extension of their passion. With that said, Magliozzi was also the holder of a Ph.D. in marketing from Boston University, which he used to teach for eight years at Boston and Suffolk University before making a decision that it was not suitable for him personally.

Given that Brian Cox is famous for being a physicist who presents popular science documentaries on BBC, it should come as no surprise to learn that he is a Doctor of Philosophy in high-energy particle physics earned from the University of Manchester. In addition to his TV appearances, he was also a keyboardist for an Irish pop-rock band from the 1990s, though nowadays, he is a professor of particle physics at his alma mater.