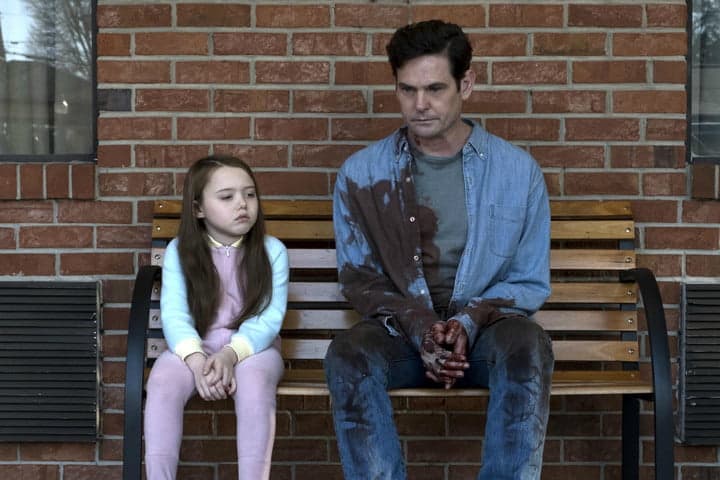 The Haunting of Hill House is a different take on a classic novel that’s inspired a couple of movies to this point and is in fact one of the scarier stories that’s been produced by anyone throughout the last several decades. What sets it apart from other horror films however is that it tends to be a lot more subtle than the hack and slash gore-laden movies that people go to see in hopes of witnessing bodies being dismembered left and right. There’s more anticipation of violence in this story than anything, but it would seem that the show does take things a bit further and even flips the script a bit in order to update it and give the audience something they haven’t seen before. In terms of being a good show it does look to have a lot of potential and seems like it might be worth taking a chance on. If nothing else it’s an opportunity to see what’s been done with the old classic.

Here are ten things you might not have known about the show.

10. One of the actors was in the original movie adaptation.

Russ Tamblyn, who plays Dr. Montague in the show, was the original character of Luke in the first film adaptation of the book. He was replaced of course in the remake but it’s kind of nice to see that they could bring someone back that helped to originate the story in film.

9. Eleanor, Theo, and Luke were not siblings in the original movie.

They weren’t siblings in the remake either since they were separate people with very different lives. Why they chose to make them a family is hard to imagine but at the same time it does bring a dynamic to the group that wasn’t present the first time around, an urgency that somehow makes the story that much scarier.

8. Shortly after filming started, Kate Siegel discovered she was pregnant.

She had to go through a lot of rough days on the set since she had to battle through morning sickness, cramps, and other various concerns and issues that weren’t serious but still managed to take a little more time to sort out.

7. Two of the characters were created just for the show.

Some of the things they did for this show are a little confusing and make a person wonder why they would add anyone else in that wasn’t there in the first place. But then again it could be that they simply felt that they needed more.

6. Some of the original material has made the transition from the book through the movies to the show.

Various themes, settings, and situations have made the transition through the years and have been kept in order to make the show memorable for those that have likely seen both movies and possibly read the book.

5. There are a few references to the book within the show.

It’s very easy to see how a book can be disregarded when being made into a movie but thankfully the movies stayed fairly close to the story, though both the movies and the show have gone off on their own tangents so as to be unique in their own ways.

4. The same director is responsible for this show and Oculus.

Oculus wasn’t considered to be much of a film by some but if you go back and watch it there’s enough terror within the movie to really get to someone. The difference is the use of anticipated horror and the jump scares that actually get used on occasion.

3. Two of the characters kept journals in the persona of their characters.

They did this in order to compare notes and see just how they both thought about the process as they were taking on the role of the characters. This seems like an interesting way to stay in character throughout a show.

Some people gravitate towards horror movies and others seem to get sucked into them now and again. It’s a big part of being able to remain versatile in show business since some folks don’t really enjoy being typecast or kept to one genre all the time.

1. Several of the actors have worked together before doing this show.

This seems like it would make things flow just a little easier since the actors tend to know how they’re going to think and as a result can anticipate one another a little better in an attempt to make a smooth and flawless show.

The Haunting of Hill House is definitely a different approach to this story but it’s also one that seems like it has its finger on the pulse of today’s modern horror story and has paid close attention to the original to include just enough to make it correlate in various ways.