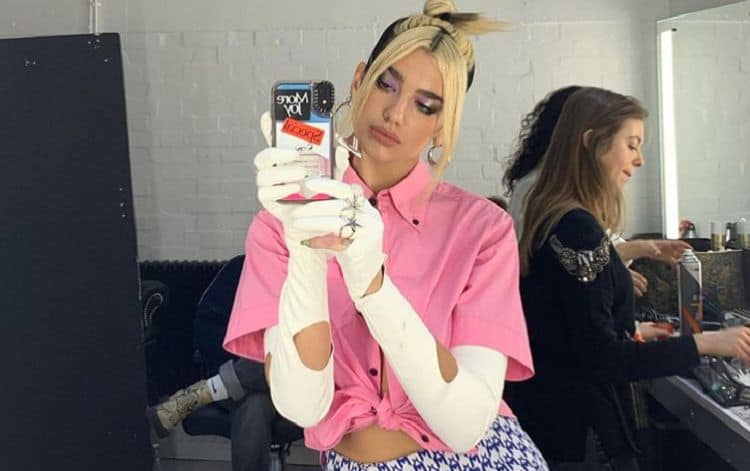 Dua Lipa is a singer that’s still on her way up but has already made a name for herself that many people can likely remember since she’s been a hit since coming on the scene. A lot of those that are closely tied to show business or are avid fans might know her a lot better but for those that are more rooted in the years prior to the turn of the century keeping up with youngsters like Dua is becoming a bit of a chore, though it’s no less impressive to find someone like her that’s coming up with such fervor to start a career that might eventually rival those that have come before. The music industry doesn’t sit still after all, and there’s always going to be someone coming up behind those that we’ve loved for so long, eager to show what they can do and how they rearrange the beat into something all their own.

For a long time she wished she could be called something simple like Hannah or Sarah or something simple. Eventually though she became proud of her name and has enjoyed it since considering that it was given with a great deal of pride and love.

9. Growing up Dua had to explain her name to a lot of people.

You can imagine that a lot of folks don’t know what her name meant and felt the need to ask. This could have become something of a chore for her to tell them all as she grew up, though it would seem that a lot of them might have at least nodded in understanding before accepting her explanation.

So to be honest she’s still pretty new to the business and despite her constantly busy schedule there’s still a lot that she has to learn. But so far she’s been climbing the ranks without pausing to look back, doing her absolute best to get her name out here and make sure that people know who she is. With as many views as she’s received in the past few years that doesn’t seem like a problem.

7. At one point she got some backlash for her support of Kanye West over Taylor Swift.

All she really said was that when picking between Kanye and Taylor that she couldn’t do without hip hop. Unfortunately this came after she’d been seen with a Taylor Swift shirt on, and Swift fans tried to obliterate her on social media for her choice of artist. This kind of proves how fickle fans can be.

6. A good number of her songs come from experiences with old boyfriends.

This seems like it would offer up a lot of good material since past relationships aren’t a new thing to add into songs since they do grant a lot of inspiration and a good basis from which to work. Those that sing and act can pull upon these moments in their lives to really charge what they’re doing with the emotional content they need.

5. She grew up with music as a constant in her life.

Her father would sing and there would be music constantly playing in her home so it’s fair to say that she was guided along this path in a big way from her earliest years. In many ways this is a good thing since it allows children to learn and to enjoy themselves in a much different way than anything else can offer.

4. Her family moved back to Kosovo when she was still young.

She felt a bit awkward since she could speak and understand the language but she couldn’t write or read it, which might seem odd to some until you consider that reading and writing is a different form of comprehension from oral communication.

This seemed to be the best way to really get going with her career and it was a boon that her parents granted her since she did have someone to stay with and it was a shot at doing something great with her life. It was a big transition no doubt, but obviously it turned out for the best.

2. Dua doesn’t get a lot of downtime.

In the life of a pop star there really isn’t a lot of downtime when they’re out performing, on tour, or cutting a new album. The life of a celebrity is one that is constantly on the go sometimes and doesn’t afford much more than a few moments of rest when it’s needed.

1. She’s an avid reader and has a current list of books she wants to read.

She’s ambitious and does enjoy a good book, which is nice to hear since reading, to some, seems to be a luxury they can’t take the time to enjoy now and again.

So far it seems as though she has a bright future ahead of her.