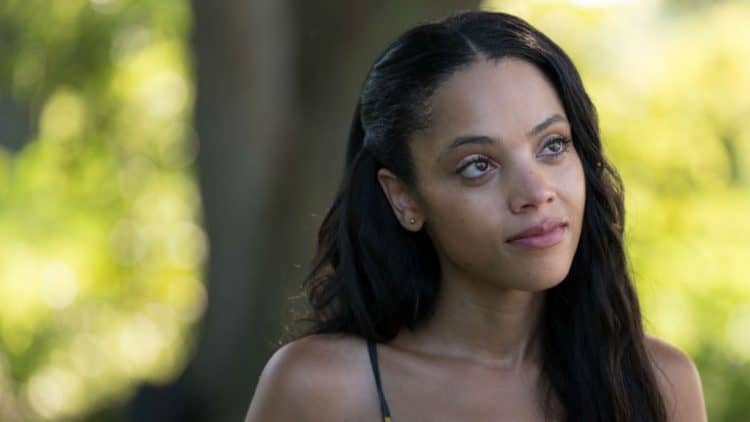 Bianca Lawson might be known to those that watch a lot of TV and even to those that have seen her films. She’s not someone that goes under the radar to be honest since she is a person that’s high enough up on the pecking order in terms of social status that enough people should know about her. But if you don’t it’s not a huge deal since she’s been present when it comes to the public but she hasn’t been thrust into the spotlight so often that one might think that anyone that doesn’t recognize her has been hiding under a rock. Instead she’s been a big TV celebrity for a while now and has been one of those that has banked on the kind of fame that comes from belonging to a long-running series rather than an epic movie that will be remembered for years. In that regard she’s someone that a lot of people that grew up in the 90s might remember.

Here are a few things you might not know about Bianca.

10. She was originally cast in Buffy the Vampire Slayer on TV but she had to turn it down.

Bianca had another obligation to fulfill before she could return to the show, but she did come back as a different character eventually and thus was part of the whole Buffy craze that had people rushing to their TVs to catch each and every episode.

9. Her acting career started at the age of 9.

She started out doing commercials and kind of went from there, building her career as she went along in an attempt to create something lasting. She’s done that obviously and has managed to create a following that has stuck with her to the current day.

A lot of people manage to skip around from one network to another, it usually depends on where the work is and who’s paying the best for a lot of people since the name of the game after all is providing a show for the public and getting paid for it. Considering that the CW and WB aren’t all that different in terms of what they provide it wasn’t much of a switch.

Through the marriage of her father and stepmother Bianca is related to the famous singer and her husband. It’s kind of interesting to wonder just how close this family is and how they consider one another when it comes to their relation to one another.

6. She has a net worth of around $2 million dollars.

It’s easy to see that she’s earned her own way in life and isn’t really reliant on the fact that she is related to Beyonce. A net worth obviously doesn’t mean that a person makes this much per job or per year, but instead has this kind of money invested or otherwise socked away.

5. Bianca had a role in Saved by the Bell: The New Class.

There’s a good reason you don’t remember if it that’s the case, it came on the heels of the original after all and a lot of sequels, be they movies or TV shows, don’t always live up to the original since that’s kind of the law of TV, unwritten and unspoken as it is.

4. She doesn’t seem to age all that much.

Bianca still looks just about as young as she did when she played the part of a 17 year old girl, her appearance hasn’t changed all that much in the past couple of decades and it would appear as though she’s stayed just as young. She’s 39 by the way, so let that factor in.

3. So far she’s had a very impressive run in TV.

Her TV credits are comprised into a rather long list that speaks for itself in terms of how her career has gone thus far. She’s been a big part of some shows and a supporting character in others, but she’s been around for a while and knows how to put herself out there to make the role work.

2. There’s not a whole lot of information on her on the internet.

What there is has been presented in part in this article and while there’s a little more here and there a lot of it has to do with who she’s related to and what films and TV shows she’s been in during her career. Other than that there’s not a lot of trivia and other facts that typically get added in as with other folks.

1. During one role she played the daughter of her real-life father.

It’s kind of interesting to wonder just how this dynamic works in a show when the two individuals are related and therefore know each other well enough to understand when they’re being serious and when they’re acting.

She seems like a very interesting person, it’d be nice to see a little more about her on the net.