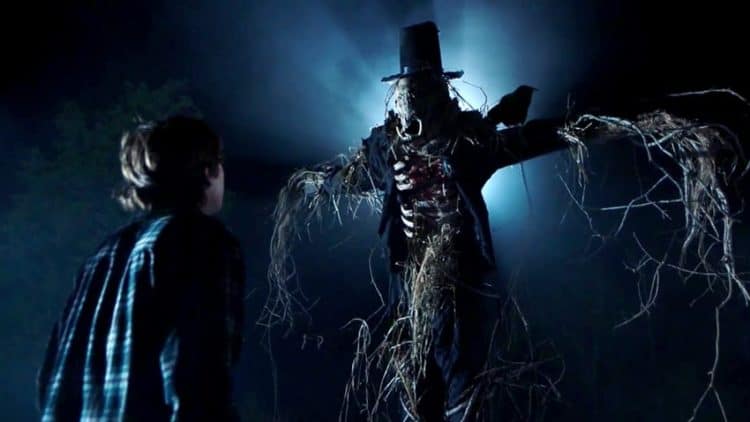 When thinking about horror movies and shows there are a few that can say that they’ve seen just about every type of story that’s out there. Keep in mind, no one can rightly claim to have seen it all, but there are several elements to one horror story or another that can be recognized since they’re used over and over in various tales. Creepshow, on Shudder, has thus far been enjoyable even though it takes after the campy nature of the two movies that were rolled out decades ago, rehashing a lot of the stories in various ways that are a great deal of fun and offer up several ways to look at old stories. But several elements make this work, and while the ten listed below might fold into each other quite often, they do stand out in a way that makes them easy to identify. Some stories make use of more than a few elements, while others focus on one or two and allow others to play out in the background.

Here are ten of the most common elements that can be found in Creepshow.

There’s no doubt that the undead, be they zombies, vampires, or other creatures, are popular when it comes to horror since they offer up a look at something that people seek to understand and redefine in several ways. The use of such an element in a series has been widely enjoyed by audiences around the world, but the depiction of various creatures tends to be different depending on who’s doing the telling.

This is an element that transcends horror since it can be used to tell a story in many ways given that abusive adults as an element in a story is something that is very real and hard to get away from entirely. But in a horror story, this element is often combined with other ideas that help it to make sense as the abusive adults tend to get what’s coming to them after showing just how horrible they are.

This is another element that can be used in several different ways in the entertainment industry. Children can be seen as innocent, they can be seen as evil, and they can be seen as those that either get steamrolled by life and other various factors, or they can end up getting their revenge on others in a way that’s deemed fitting for the story. Horror stories do end up proving that children are not immune to other elements that can help or harm them in turn.

Seeing how a lot of people are scared to death of mutilation and the act of being chopped up or sliced to ribbons and left alive in constant pain, this is an element that makes sense when it comes to horror. A story can go over the top in a big way when it comes to gore and the violence that is visited upon so many different people, but it can hit a balance point that’s perfect as well. That point is hard to find, but a lot of people simply don’t care unless there’s too little of it.

Tales of mad scientists and those that end up thinking that scientific advancement is the only way forward are plentiful in horror since much like any tale with a hint of science fiction to it, horror can take science and twist it in a way that ends up being rather frightening. But in a horror series or movie, it’s fair to assume that science will become warped and twisted to such a degree that people will love it, or be highly unnerved by it. But they’ll likely watch it all the same.

This happens to be a very important element to a lot of horror movies since a good number of stories that have come from various countries contribute to the horror genre in one way or another. Creepshow has made good use of this in a few stories since the legends and tales that come from different countries help to create new and even familiar stories that can keep people interested. Recognizing which tales are being used is sometimes a bit difficult as each new representation will take on a new look, but it’s fair to say that every story comes from somewhere.

Believing in karma isn’t something that everyone finds easy to do since it’s a cause-and-effect kind of deal that many people have taken in several different ways. But the fact that many people in horror movies build up what many audience members would jokingly refer to as ‘bad karma’, it makes sense that the antagonists or even the protagonists would find that their actions would create various scenarios that would be rewarding or punishing at the end of a story.

Vermin of all types scare a lot of people since they’re considered dirty and nasty. But the best part about putting them in a horror movie is that with the addition of a dark and foreboding atmosphere it’s very possible to freak people out even easier given that a lot of folks flip out when they see a bug, or a rat, or anything that can possibly carry disease or scurry across the floor and further unnerve them.

The undead qualify here since a lot of them tend to be the types of creatures that people don’t always understand and are born of legends and folktales that have been told and retold. But the unknown is a typical and very popular element that drives a lot of horror movies and shows.

It’s a very base and natural quality that humans possess and have been building up over the years since it’s a very easy motivator that spurs people into doing one thing or another. In a horror movie, revenge becomes a simplistic idea that can spiderweb into a lot of different twisting plot points that can entertain the audience.

So far, Creepshow has been kind of impressive.