Home
Movies
Yup, There’s Going To be a Meg 2: Here’s What We Know 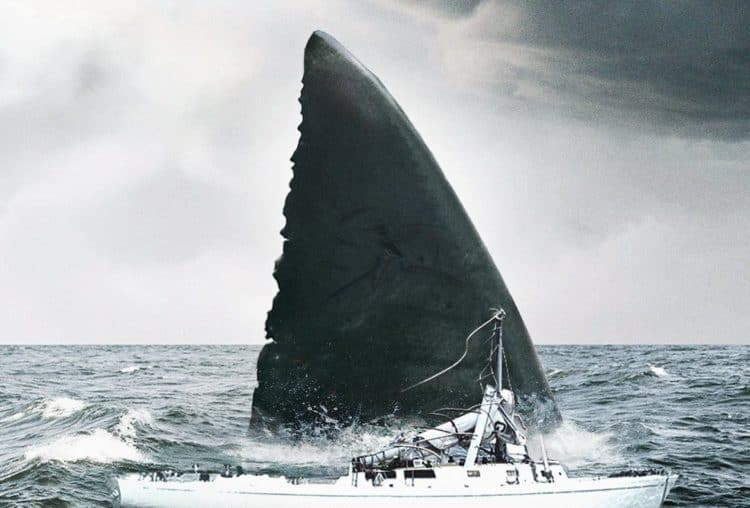 Because one massive shark movie wasn’t enough, just like one Jaws wasn’t enough, it sounds like we’re going to see The Meg 2, and people are already doing their best to talk it up already. Looking at it from one point of view after another thought there are only a few bright spots that really shine on another movie like this since if things are only going to get bigger one has to wonder until we meet a megalodon that can swallow an ocean liner. The biggest among them didn’t get past 82 feet in length, and that’s a guess at the very best. One has to remember that despite the fact that movies can get away with a lot, there is a point when fiction becomes a little too silly. Remember Sharknado? That was about as silly as some people thought it could get, at least until The Meg came around. The shark in the movie topped out around 75 feet or so in length, and it already sounds as though the next movie will go even bigger and that the action will be just as insane, if not more so. as a strictly fictitious and non-factual movie it would be fine since the theory of sharks coming up from a break in the earth’s crust kind of sounds like an extension of the hollow earth story from the Monsterverse, but at the same time is a nice bit of fantasy that would explain how a shark that massive could survive in an area that doesn’t have a ready food source that would sate the shark’s needs.

At this point, it kind of feels as though a lot of people are throwing any realistic expectations to the wind and are praising whatever comes out that looks like it might make a good action movie. Whether Jason Statham will return for the sequel is hard to say, but if he does then the movie will have its hardcase hero, while if he doesn’t they’ll likely have to find someone that’s not quite as expensive but can still pull off a good scowl when they need to. Is there sarcasm here? Oh yes, definitely, plenty of it, because The Meg 2 already sounds like Jaws 2 thru 4, a bad idea with a shark movie that was meant to be something special when it came out but ended up being another shark movie, only bigger. One has to imagine that Peter Benchley, the author of Jaws, might still be kicking himself for writing the book in the first place since sharks have become such a vilified species thanks to the movies that at one point their numbers were being thinned out considerably by people who were hunting them out of fear more than anything. But while it’s easy to think that people simply enjoy watching shark movies now, the whole idea of them has come to be a giant gag that some folks enjoy immensely, and others can’t help but shake their heads at.

From Jaws to Sharknado to The Shallows to 47 Meters Down to The Meg, sharks have become seen as vicious predators but also as capable of holding a grudge against human beings when in reality they tend to stay away from humans. And as to their stealth capabilities, with the kind of technology that humans have these days the only time that a shark should be able to sneak up on anyone is if the person is in the water, period. Even then there might be that moment of recognition before the shark rips into the person. But the sharks in The Meg shouldn’t have been able to sneak up on anyone and the shark that was cruising near the beach shouldn’t have gone unnoticed that long since like it or not, a body that big in water that clear tends to get noticed. A few different shark experts have chimed in on the type of shark behavior that’s been seen in the movies and to be honest, a lot of people are bound to take the words of experts rather than filmmakers most times, and if realism is what we’re going for, with a big emphasis on the word ‘if’, then it might be time to actually listen to the efforts and make the humans in the movies a little quicker on the uptake when it comes to the underwater monstrosities they have to defend themselves against. The Meg 2 feels like it’s going to elicit a huge, collective groan from a lot of people even as it excites a lot of people at the same time. The best hope for this movie is to find some way to improve upon the first, no matter how successful it might have been since otherwise it’s bound to get criticized even harder than its predecessor. It’s a hope that it will succeed, but not a big one.