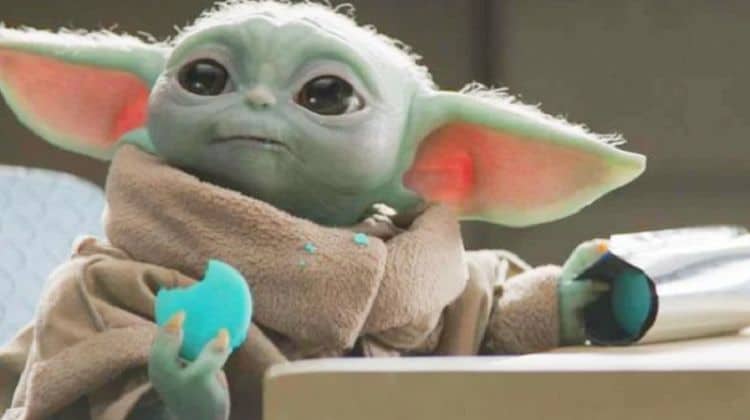 That’s one lenient teacher in The Mandalorian that would allow a student to sit there eating a package of cookies while they were trying to teach. Remember the teachers that would ask if you brought enough for the class? Well, Baby Yoda, or Grogu as his name has been revealed, didn’t much care for the attitude of the student when he told him no to his silent entreaty, and with a little use of the Force, he made it clear that he was going to get them anyway. This kid is definitely hard to keep full since it would appear that he’s able to wolf down food no matter where he’s at, even if it’s still kicking as he’s forcing it down his throat. Yeah, the frog incident in the first season is still fresh in my mind. But if you’re in the mood for something other than a live meal these blue cookies are on sale at this time as they’re little more than a blue macaron with vanilla filling to give them a little more flavor. The Nevaro Nummies, as they’ve been dubbed, are supposedly pretty good and they’re probably more appetizing than any other snack that Grogu has dined on thus far in the show. They would definitely be better than tadpole eggs for certain.

It is kind of interesting how we didn’t see the other kid try to take the cookies back, but maybe it’s best that we didn’t since it does feel as though Grogu might have taken offense to that. At this time it’s better not to upset the kid since his Force powers might not always be reliable but it’s obvious that when he gets angry they start coming back in a very powerful way since if anyone remembers, Cara Dune got that lesson in the first season when Grogu thought that she was hurting Din during their arm-wrestling match. The fact that Ahsoka didn’t want to train Grogu initially because of the anger she sensed in him makes it kind of clear that he’s a bit temperamental after all he’s been through, especially since he was being raised in the Jedi temple and had to be smuggled out during the Purge. There’s not enough information at the moment even after the latest episode to say just what happened to him, but it’s not hard to imagine why the fear and anger he’s feeling persisted, and it’s probably best not to push Grogu too much since he’s still powerful enough to do some damage. It’s enough to imagine at this point what he might be capable of in the days to come, though how far along his lifespan the show will go is hard to say.

The cookies are just one more thing that the show has been able to push thus far since the merchandise for The Mandalorian has been seen to explode since the first season, and especially since Grogu, at that time still referred to as The Child or Baby Yoda, came on the scene. People were blown away by the little guy since we hadn’t seen much of his race apart from Yoda and a brief look at Yaddle, and to this day where their people come from is a mystery and one that might not be solved since it would kind of spoil it. At least that’s how it feels. Sometimes mysteries are best left unsolved. But when it comes to pushing products the blue cookies are one of many since Grogu and Din’s likeness has been stamped and printed on as much as possible over the past year and it’s likely that they’ll continue to be so since they’ve been one of the best parts of Star Wars in recent times following the recent trilogy that many people are still willing to argue about incessantly. People are starting to gripe about The Mandalorian now and again, but the agreement is still that this show is one of the best things to come along in a long time. The fact that people are now praising the prequels in any way is hard to grasp since the prequels used to be vilified beyond belief. But the show is something special since it’s drawing upon the canon that’s being used for the original trilogy and is taking from the prequels and is existing under the premise that things progressed as we’ve already seen with the recent trilogy.

Din Djarin was enough to get the ball rolling and might have been interesting enough to keep the story lively and moving in the right direction, but the addition of Grogu and his many antics have definitely kept people entertained in a big way since he’s given them a character that’s cute and more than a little precocious, which the audience has loved thus far. 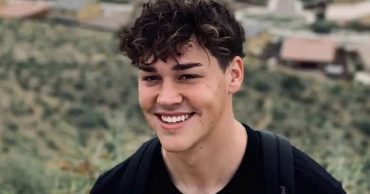 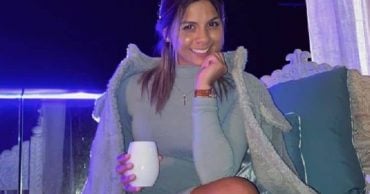 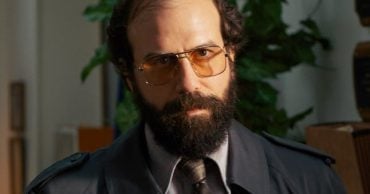 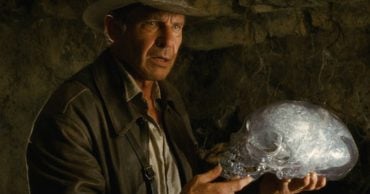 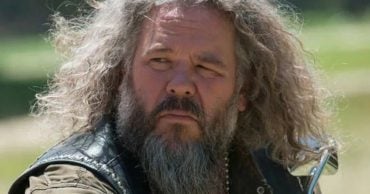 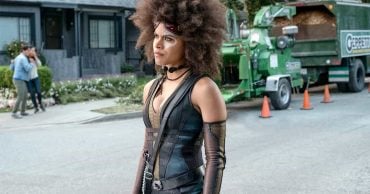