Home
Television
Why you Should be Watching the Expanse 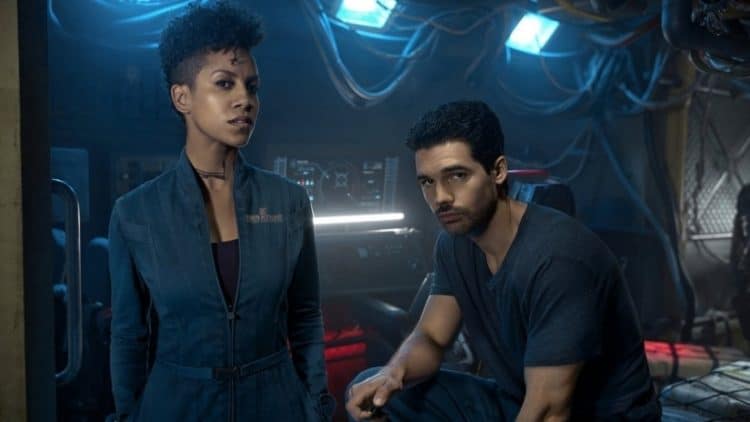 Science fiction shows come in many varieties. There are those that aim to be intellectual like Star Trek, space operas like Battlestar Galactica, and some that are more like fantasy set in space, like Star Wars. Tastes will vary on which of these are best, but regardless of rankings I think we can all agree that a good sci-fi show is a thing of beauty. And sadly rare to see. Enter the Expanse, a hard science fiction series adapted by Daniel Abraham and Ty Franck from their own books. Both writers are former assistants of George R. R. Martin and it shows in the RealPolitic and dramatic deaths that permeate the Expanse. Though not quite the hit that Battlestar Galactica’s remake was, being an entirely new IP, the Expanse can easily be compared to it in terms of storytelling style, tone and quality. It tells the tale of a future in which humanity has expanded out into the solar system, colonising Mars and the asteroid belts, and the growing tensions and divisions that have sprung up between these distant colonies and the homeworld. Scheming, political backstabbing, underworld dealings and military battles abound in this constantly evolving and very human battlefield, while something a bit more alien lurks on the fringes of our solar system … With a diverse cast of interesting characters, ranging from soldiers to cops, politicians and criminals, the Expanse shows how all walks of life are affected by the impact of war and division. And questions how all of these disparate groups and individuals would cope with coming into contact with something completely unknown. Central to the story are the crew of the Rocinante, a ragtag band of spacers that find themselves involved in a struggle oftentimes bigger than them, but who struggle to find a way to make a positive difference just as much as they struggle to survive in an oftentimes-brutal future.

Though largely unknown, the actors all deliver fine performances, with not a single weak link to be found in the cast. Wes Chatham’s depiction of the bizarrely endearing sociopath Amos Burton was particularly impressive. And veteran Shohreh Aghdashlo seemed to be having a great time playing the foul-mouthed but impeccably dressed earth politician Chrisjen Avasarala. One of the greatest praises that is often shown the Expanse is that its science fiction leans heavily towards the science over the fiction. The rigours of surviving in space, the effects of zero gravity and vacuum and the like are shown in a much more realistic way here than they are in most television shows. But don’t take my word for it, look instead to the experts. Of course, it doubtless helps that the showrunner has a PHD in that field. It can certainly be said that the Expanse is a cut above other sci-fi when it comes to researching and understanding the topic of space travel.

None of this is to say that the Expanse lacks for spectacle. There is something awesome about seeing how people would really operate in deep space, as opposed to the easy anti-gravity technology often hand waved into existence in other shows. And aside from that fresh spectacle, there are other, grander things to see. Though grounded in some ways, the Expanse is still a story set on a huge scale. The threat of planetary destruction is very much on the table, and the tension between the various factions must, it would seem, invariably result in galactic war. If there were any complaints to be levied, it would be that a few episodes were dragged out a bit too much. Invariably these episodes were more character focused. The Expanse is at its best when it is showing the various factions fighting against each other or trying to reach an agreement before more fighting can break out. The characters are strong enough to drive that plot, but the plot is the strong point, not the characters themselves. When the show occasionally pauses to spend an good chunk of an episode delving into the characters’ feelings, rather than advancing the plot, it can start to drag. Thankfully such occasions are rare, especially in the earlier seasons.

It is a high quality show and well recommended. Starting life on Netflix, the Expanse can now be found on Amazon Prime and has recently wrapped up its final season, so there is no need to wait to see how the story unfolds. Quality such as is found here deserves to be rewarded, since that makes it all the more likely that other shows of similar quality will be added to the genre in the future. Which is why I think you should check it out!