Home
Television
Why The Dark Crystal: Age of Resistance Season 2 Was Cancelled 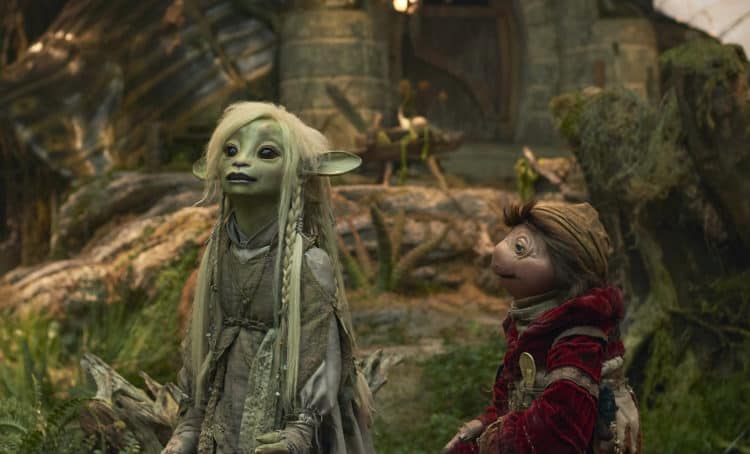 The fact that Netflix is canceling the Dark Crystal: Age of Resistance before there can be a season 2 due to lack of viewership feels like a serious cop-out since there are plenty of series and movies on the streaming networks that have been around for a while and barely get mentioned in comparison to this Jim Henson classic. People absolutely loved the first season of the show and despite the fact that it was expensive to produce it drew in a lot of fans that can remember the original movie and have been on board with it ever since, as well as new fans that managed to connect with the characters and the story, especially when it came to the reason why the Gelflings were so fractured in the first place. The overall story that saw the Gelflings serving the Skeksis initially made it clear that at one point things weren’t perfect, but they were manageable and were more or less allowed to continue since it was understood who had the power and who didn’t, and that was the way that the realm worked. It was also, to many people, a bit of commentary as to how the current world works as well, though eschewing the drawn comparisons and simply enjoying the tale was preferable, even if there are parallels to be seen.

But canceling the show feels premature in a big way, not just because it ended on a cliffhanger as the Gelflings had united to stand against the Skeksis, but also because there was so much more potential for the story that the cost shouldn’t have been that big of a deal. Netflix has been spending money left and right through the years trying to gain the rights to one property after another and has bolstered its selections in a way that’s been amazing since the streaming network has maintained its status as a giant in the current era. With that in mind though it’s easy to think that it could have found a way to mitigate the cost of the Dark Crystal series and simply keep it going for fans to enjoy. This isn’t the first or the only show that Netflix has ended prematurely, but it’s definitely one that was bound to catch the attention of the viewers since a lot of people were genuinely enjoying the story and were waiting patiently to see what might happen since the end of the first season saw the Gelflings standing together finally to battle the Skeksis, who had betrayed them and were draining their essence. Plus, the Skeksis had devised a way to create the Garthim, the dreaded, armored monstrosities that were so fearsome in the original movie.

And then there was poor Deet, who was doing everything she could to be accepted and yet was looked down upon since her clan came from deep within the earth. Her people were thought to be dirty, unclean, and essentially unwanted among the other clans who were all surface-dwellers. But near the end of the first season she turned out to be one of the strongest Gelflings around since she not only absorbed the power that the Skeksis were seeking to harness, but she managed to drive them off as well, taking into herself the destructive force that made her a danger to all those around her. Quite a few fans wanted to know what was going to happen to Deet after the first season, but obviously that’s not going to happen now, though Lisa Henson has stated that they might find another way to tell the story and continue the tale for those that are interested. When that might come along and where it will be featured however is hard to say, since right now it sounds as though there’s no solid plan to move forward with season 2 or even an extension of the story. That’s too bad really since it was a compelling tale that finally gave a lot of answers that would answer several questions about the movie. Maybe another network will pick up the Dark Crystal story and decide to run with it, since doing so would no doubt grant them an edge that might get people to at least look into signing up for a subscription.

For now, people will have to live with the fact that there will be no season 2 for The Dark Crystal: Age of Resistance, but maybe there’s hope that will happen eventually. It’d be great to see what happens between season 1 and the movie, even if a lot of people possess the knowledge that a lot of hardship and heartache is coming considering that the Gelflings are nearly gone in the movie. Sometimes such tales are best left alone and to the imagination, but one can bet that a lot of people would rather see this one be told in full.

Why You Should Binge-Watch The Shrink Next Door

Luce Is A Provocative Drama That Deserves More Love

Is Middle Earth’s Pipe Weed the Same Thing as Marijuana?

10 Actors Who Started Out As Models

Whatever Happened to Hayden Panettiere?