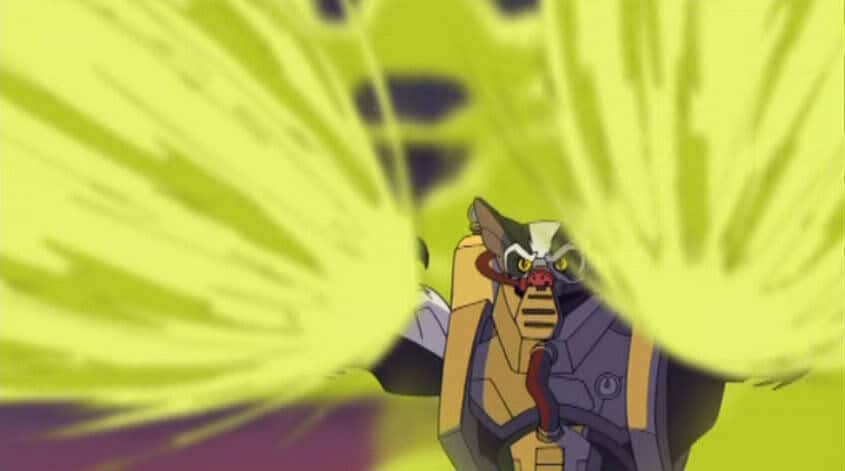 The name kind of says it all, and to be honest, this character didn’t even make it onto the original show but he was considered, so I’m making an exception this time since he was a part of the toy line that came out back in the 80s. When He-Man and the Masters of the Universe came back for a reboot Stinkor did show up finally, but the fact that he’s a humanoid skunk didn’t help case any since he was thought of as a walking fart joke that had been given just enough tech to make his less than fierce look appear as something other than a bad attempt at a villain. But this is how bad the character was, that he had to wait for a reboot to even show up. And even then, his main power was a stink ray, or blast, or whatever the heck it was. The toy actually had a musky smell that according to many reports kept its smell for a good two decades after being purchased and taken out of the box.

There are some characters that are created as a kind of joke and are still able to be shown for at least one or two episodes, but Stinkor is one of those that make a lot of people wonder what in the world was going through the minds of those that created the guy. Plus, a toy that actually stinks is something that couldn’t have been that marketable since he was essentially the same as the Mer-Man character with a few noticeable differences. In a big way, Stinkor is the result of a recycled character that only became worse as one part after another was slapped onto a single character in order to create something that even Victor Frankenstein might have been horrified by.

Almost every animated show has had at least one or two characters that were deemed a truly bad idea during their run, and He-Man and the Masters of the Universe was one of those that managed to go through a few characters that weren’t really well thought out. Running a finger down the character list is bound to select a few characters right off the bat that don’t feel as though they would have been great allies or enemies since the ridiculousness of their form and function is simply too difficult to get around. There are those that might have collected Stinkor’s action figure simply because they wanted him for their collection, to make it a little more complete obviously, but apart from that, it’s likely that some people figured that he could be left out and no one would notice. There are after all several obscure figures in a lot of franchises that a good number of people don’t know about, and it’s fair to say that a lot of people either ignore them or don’t know anything about them since they were never interesting enough to really get into. Stinkor is one of the characters that people look at and ask “Really?” This is a sentiment usually reserved for ideas that don’t make a lot of sense considering that they appear to be a last-second addition to a roster that’s full enough but might need a few throwaway characters.

He-Man featured a slew of characters that weren’t that great since from their names to their functions they really didn’t make a lot of sense at times. But Stinkor was undoubtedly one of the worst of them, if not THE worst. Some folks might actually have other characters that would make the bottom of the list, but a humanoid skunk is undoubtedly one of the worst ideas to come along in quite a while. If this had been a comedy series then he would have been perfect since his power would have been enough to make him a star. In fact, in a Rick and Morty cartoon, this would have been a great villain since his powers could have been amped up in a way that would have made a lot of sense and been highly useful since it could be made into the kind of comedy that people would get a good laugh out of and would no doubt talk about for a while to come.

But in He-Man and the Masters of the Universe, he was definitely out of place and came off as a character that someone came up with just to have another minion on hand for the heroes to defeat. Even if he didn’t show up in the cartoon, he showed up on the toy line and deserves at least a mention since eventually he did show up and was just about as ridiculous as one can imagine. Not every character was going to be great, but some of them were pretty awful.