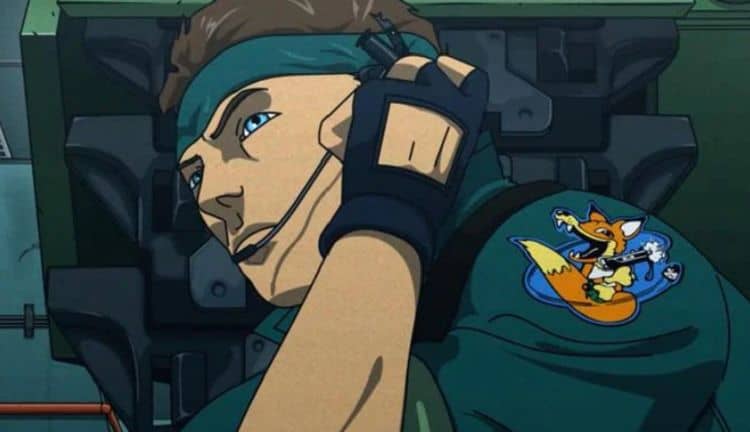 Given how long it’s taken the idea of a Metal Gear Solid movie to really develop it’s hard to think that a MGS TV series would be accepted overnight. It’s not for a lack of fans, as the popular game has been able to take care of a solid fan base for quite some time, but obviously getting any idea pushed through Hollywood take time and a great deal of convincing unless one lucks out and an idea is considered worth moving to the front of the line a quick and hurried manner. Of course that runs the risk of pushing the project a little too quickly and possibly ruining it in the process. A lot fans of Snake might not be too appreciative of this as they’ve been waiting patiently for the character to come to life in a way that transcends the games and gives them a hero that they can see and root for in a different way than they do when playing the game. How long that might take to happen is anyone’s guess since after seeing how long it’s taken for the movie it’s bound to be a bit of a wait, though maybe since the person in charge, Jordan Vogt-Roberts, is trying to bring it to life at the same time as the movie, it could possibly have a chance and be fast-tracked as it would need.

It’s hard to say really since it doesn’t feel as though this would depend on the pandemic when it comes to animation, though the movie certainly would, so perhaps Jordan is waiting until he can continue production on the movie, or even start it to be realistic, before he really attempts to push for the green light. However it happens a lot of fans are going to want updates as often as possible and will likely be watching for articles and any new breaks on the idea to see just where it stands. As far as video game movies and series go it’s a hope that MGS will be able to buck the trend that sees so many games get mucked up in a huge way when it comes to the transition between their original form and the big or small screen. So many movies have done this to date that it’s hard to call it a success for many of them since there’s usually something that has to be left out and something that gets twisted or appropriated along the way by an over-zealous director that wants to see their own vision come to life and doesn’t think twice about tweaking the source material. Some might say that this isn’t Jordan’s ambition and he’s not about to change anything unless he absolutely needs to, but it’s a bit difficult to think that the show or movie would be one hundred percent like the game based on past experiences.

At this time it’s not known if Jordan can convince the voice actor that gave Snake his distinctive sound would come back, though he’s definitely hopeful and it’s possible that a suitable replacement could be found if not. But really the main focus is on getting the movie and the show off the ground to start with since at this time both of them might need a little extra push before they can really get going and become what Jordan wants them to be. In a way some fans of the game might not be all that excited simply because they know what happens when video games become movies and they know the chances of a game becoming a blockbuster hit. Assassin’s Creed was one of those that many assumed was going to be a big hit largely because there were rich, very vibrant scenes to be displayed, and in the end it became kind of a dark joke that didn’t really resemble the game and took the fans down a path that was impressive in some ways but didn’t exactly give them what they were hoping for. This is why messing with the source material is such a bad idea at times since it’s not so taboo that it shouldn’t be done at all, but it does carry a lot of risk when it comes to the integrity of the story and how it comes together on screen. Attempting to rewrite too much of the story is a risky proposition that too many directors appear to think is their right and their due, but every now and then there’s a director out there that will keep things as they are and simply tell the story with a minimum of embellishments and possible changes.

As it stands at the moment it’s fair to say that Jordan has his own vision for the project, but whether or not he’s going to get the chance to make it happen is something we’ll have to wait and see.