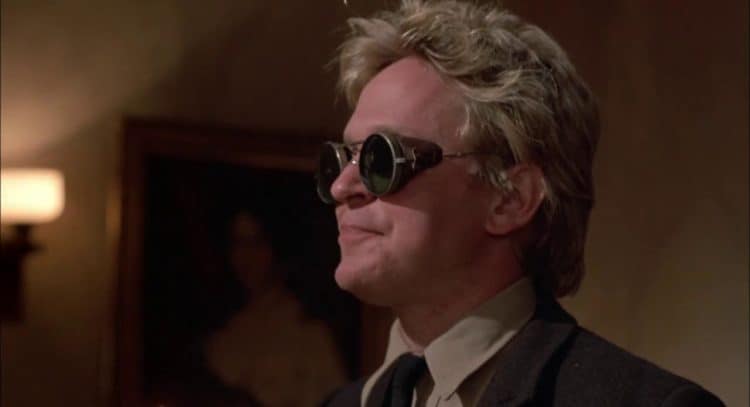 If you remember Scott Thomson there are likely a few places you might recall him from, but Police Academy is probably one of the funniest since he played the role of Chad Copeland, one of the poor, hapless saps that gets drawn into being a henchman that gets dumped on repeatedly. In all fairness the character kind of did ask for a lot of the stuff that came his way since in comedies it’s usually better to go along with those that are carefree and more willing to play fast and loose with the system than be too uptight. But despite being pretty bound to at least three of the Police Academy movies, Thomson managed to have quite the career leading up to the current day when it’s not really certain if he’s retired or if he’s just taken a long break from the business. According to his IMDb page there is a project he’s been working on that’s still in production, but the date below it reads 2016. So either Thomson bowed out of the business and no one really knew about it, or he’s still in and no one really knows about it. This is one of the only problems with not having any in-depth info on a person, it makes it very hard to tell just what they’re doing now and if they’re even a part of the business still. It’s definitely a good thing to let actors have their privacy and keep their private lives to themselves, but there are those moments when reporting on them that it might be nice to know as much as possible just so that a person doesn’t have to guess as much.

At the very least it does appear that he’s accrued a healthy net worth that’s allowed him to live a pretty comfortable life for a while. How he’s doing right now is hard to say since as I mentioned, any real information on him has yet to be updated and it would appear that he might still be tied to the business but that’s not for certain. What is certain is that he did make a pretty decent career for himself since he’s appeared in several noted movies and TV shows over the years, though whether anyone would recognize him is hard to say since he has changed his appearance for many roles. It does feel safe to say that he’s slowed down quite a bit in his career since like everyone else from the Police Academy days he is getting older and time is kind of running out on how much he can really accomplish. A lot of people never like to hear such a thing when it pertains to doing what they love, but there is a time limit that people have on this earth, and sometimes it runs out a little too soon, sooner than some folks would like. It doesn’t necessarily mean that a person is going to be punching their final ticket, it simply means that in acting, timing is definitely one of the more important aspects that people need to pay attention too since there’s a time and place for everything, including a person’s career, and when that time passes an actor can either do whatever they can to get by, or they can fade off into the distance and remember the good old days from time to time.

Scott is likely one of the many that can at least say he’s been there and done that and had some success since like it or not he was in the business for a while if he’s not now and he did end up taking on several roles even if a lot of them saw him playing the part of an extra. The bottom line is that he was still there and he had a career that meant something for a while until things started changing and like so many people he kind of got left behind as he kept getting older and newer and younger talent started coming into the picture. That’s the way of the business obviously, as the new will always be ready to one-up and overtake the older generation and those that can’t hang with the new changes are bound to either keep falling in the ranks or get ousted completely. Thankfully Scott hung around for a while and likely has a wide variety of stories he could possibly tell to anyone that’s interested. Sometimes it’s not a matter of how big of a star a person is but how interesting of a career they’ve had and how many interesting stories they have to tell. Some folks might laugh at that and call it too sentimental or foolish, but personally I’d rather hear an interesting story from a less popular celebrity than a boring and vapid news bit from an A-lister.