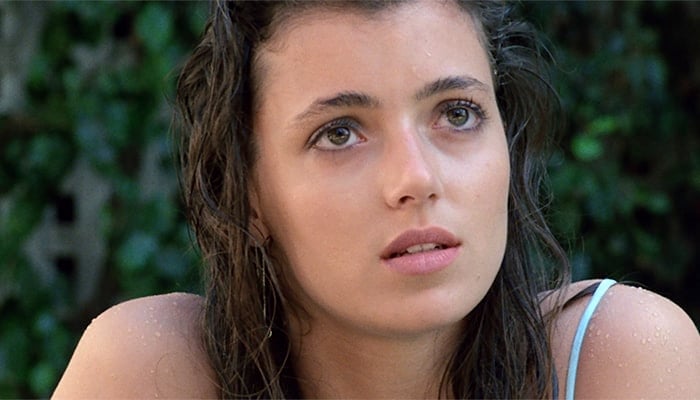 Remember Ferris Bueller’s sophisticated and fun-loving girlfriend, Sloane? If you watched the show Ferris Bueller’s Day Off, then you might have an idea of who Sloane Peterson was. Mia Sara, who portrayed the elegant and classy Sloane, burst into the movie scene with a bang and made a stamp on everyone’s mind with her unique and excellent acting. Perhaps the name Mia Sara conjures up the image of an enigmatic Princess Lilli? Either way, Mia Sara was a huge deal, back in the day. The actress, however, fell off the radar since her heydays and hasn’t made headlines for quite sometime. So what really happened to Mia Sara? This article details what the actress has been up to and takes you down memory lane while at it. Revisit the year that made the name Ferris Bueller a household and high school name.

Who Is Mia Sara?

For those who are unacquainted with who Mia Sara is, she was born as Mia Sarapochiello on June 19, 1967, to photographer and stylist Diana, and photographer and artist Jerome. She was born into the Roman Catholic tradition and is of Italian descent. Sara attended the st Ann’s school in Brooklyn, New York.

Mia Sara got her acting breakthrough in 1985 playing princess Lilli in a Ridley Scott fairy tale film titled Legend. However, her role as Sloane Peterson in the film Ferris Bueller’s Day Off in 1986 was one that put her on the map and set the tone for her acting career. In 1987, she appeared in a miniseries called Queenie, and in 1992 she had a role in a Sidney Lumet directed film called A Stranger Among Us. In 1994 she starred alongside Jean Claude van Damme in a movie called Timecop, which was a blockbuster. For her role in the film Timecop, she won the Saturn Award For Best Supporting Actress. In 2001 she landed the role of Molly Connor in the movie The Impossible Elephant. She has also had stints in television series such as the science fiction show Time Trax where she played Annie Knox. She also appeared as Dr. Harleen Quinzel in the short-lived series Birds of Prey.

According to Wikipedia, in 1996, Mia Sara got married to Sean Connery’s son Jason Connery. The two had a son in 1997 called Dashiell Quinn Connery. Unfortunately, the couple got divorced in 1992. Sara got remarried to Jim Henson’s oldest son, Brian Henson. The couple had met on the set of the film Jack And The Beanstalk: The Real Story which Henderson directed. The two have one daughter born in 2005 called Amelia Jane Henson.

Shooting Ferris Bueller As A Teenager Wasn’t Exciting For Her

Mia Sara admits that making the film Ferris Bueller’s Day Off was enlightening for her as an actress, but she also admitted to having anxiety attacks. According to The List, she was the only teenager on the set of the blockbuster film. This, as she recalls, was quite awkward for her. She stated that the cast was fun and lovely to work with and be around, but she felt out of depth, and she hated having her adolescent years memorialized. She also added that she felt uncomfortable with the publicity that resulted from the show’s success. Sara noted that if the movie were filmed with today’s insane criticism, she would have crawled into a hole and never come out.

There Was An Inferno On The Set Of The Film Legend

Sara doesn’t have a lot of good memories about the film Legend either. In a late 80’s interview with Eye On The Movies, With Corey Brunish, she stated that working on legend wasn’t much of a fairytale. She said that there was an inferno that left the studio burnt to the ground. While the show did continue filming, the experience was quite traumatic as the show itself featured many scenes set more or less in hell.

So What Happened To The Gorgeous Sloane From Ferris Bueller?

As mentioned above, Ferris Bueller was the role that shot the star to stardom. She went ahead to book many roles in her career. However, according to AOL, Mia Sara is mostly retired from acting now. She currently has a full-time job, and it involves being a devoted mother to her two children. She stated that her role as Sloane on Ferris Bueller is mostly embarrassing for her children. You would think that even after 30 years after her most iconic role, she would still be recognized. She, however, noted that she occasionally gets a few people who walk up to her and recognize her, but most don’t know where they saw her from. She stated that most times, people always think they went to high school with her. Sara even wrote a poem called ‘Not Your High School Girlfriend.’ She stated that she was allowed to keep her iconic white fringed jacket after the show wrapped up production. She has since misplaced it, though.

She does poetry nowadays

While she doesn’t engage in acting a lot nowadays, Mia Sara has turned to write poetry, a hobby which she finds fulfilling. In 2016, the actress revealed that acting wasn’t even her priority and that she didn’t quite enjoy it. She stated that it was something she felt she needed to do. To her, acting was more of a work than a hobby. Shea admitted that she lacked the drive necessary to be a major actress. She values writing as her true passion and even has an official website. Her writing credits continue to grow as she has written some insightful essays.

Not everyone is cut out for the big screen. While some cling to their once available fame, others like Mia Sara find it vain and decide to back off a little bit. Mia Sara might have graced our screens for much of the ’80s throughout the early 2000s, but the shadow of Sloane Peterson will forever loom over her like a dark cloud.