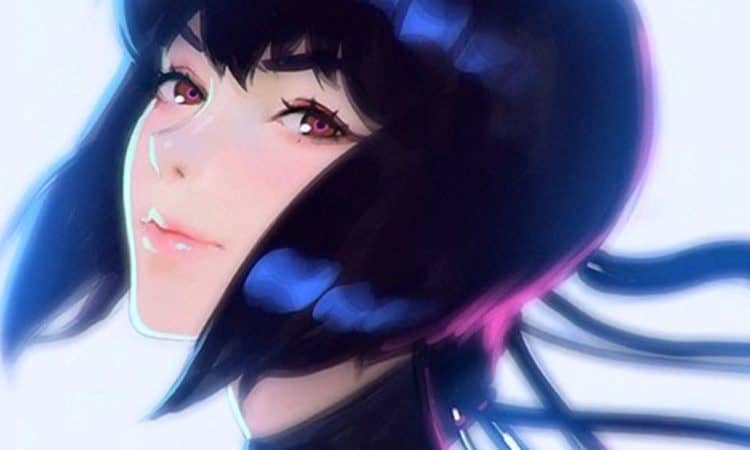 It’s not too hard to realize that opinions are already divided on whether or not Netflix bringing Ghost in The Shell to its platform as Samuel Axon of ARS Technica might agree, but the truth is that it’s coming in 2020 and will be added to the already impressive list of shows that have been taken from manga in recent times. While it’s hard for some people to understand still there’s no denying that manga has been gaining in popularity for years and has been more or less here to stay for a while. Netflix will be adding Ghost in The Shell this coming 2020 and already a lot of fans are starting to get excited while some are still holding their breath. One might almost think it had something to do with the live action movie starring Scarlett Johansson that got everyone so worked up, but there are bound to be other reasons that crop up and will be addressed at some point. What we’re seeing from the teaser however is bound to be something different than the movie that caused so much consternation.

James Whitbrook of Gizmodo is kind of the same mind that we’re not being given much except for a solid look at the main character and what might be a new direction for the story. Those that know the manga might know better than a lot of us that have yet to really pick up on the whole concept, but until we get to see the show in its entirety this is what we have to work with at the moment. It’s enough to get people excited, that much is obvious, but what it leaves for the rest of us that might want to watch it but don’t have enough basis to understand is a story that seems to move out of the big, bright lights of the city and into what equates to more of a deserted and very quiet wasteland that seems to rest ominously within its own skin. The whole story of Ghost in The Shell has been debated since it become something other than an animated feature, but perhaps one of these days a lot of folks will cease to remember the live action movie and go forth thinking that the animated version is all that really deserves attention. Seriously, the vitriol that came from the live action version was insane despite the effects being kind of impressive. It is pretty easy though to understand from the standpoint of a fan what can happen when someone comes in and dinks around with a story to the point that it seems to just fall apart. The whitewashing accusations however, no matter that they were kind of valid considering that Scarlett Johansson doesn’t even look remotely Asian, became one reason why the movie was being given such hatred.

Hopefully that won’t come into play here since it would appear that the main character no longer looks like a strictly Caucasian woman trying to blend in as a race that she’s not. But then again if one looks at the story it’s kind of hard to get behind such an argument completely. The whole mess is an argument that’s best left for another time since really it would bog down the idea of Netflix trying to do right by this series. The show doesn’t seem to be an apology so much as it does another attempt at bringing a very popular idea to the fans so that they can enjoy it this time and not feel the need to criticize it quite as much. That’s the idealistic route anyway, since Constance Grady of Vox might agree that there will always be those that find criticism in anything and everything, and will probably be able to compile an entire list of things about this show that they don’t like. At this point it almost seems as though people find it easier to criticize than to just watch a program or a movie and enjoy it. Why bother just sitting back when you can pick something apart, right? In any case, this new version coming to Netflix should at least mollify some fans and possibly gain a few more since the teaser looks enticing enough to think that the story might be worth watching.

There’s something inherently ominous about the quiet, as though it’s hiding something that the noise of a bustling city might cause to stand out. Yeah that sounds odd, but the silence in popular shows or movies can mean quiet, tranquility, or in some cases, danger that has yet to be presented. When the only sound that a character can hear are the rumblings of their own thoughts then it’s almost too easy to assume that there’s trouble on the horizon. With this show that seems to be the norm, and what people are bound to expect. You can bet that Netflix won’t let them down.