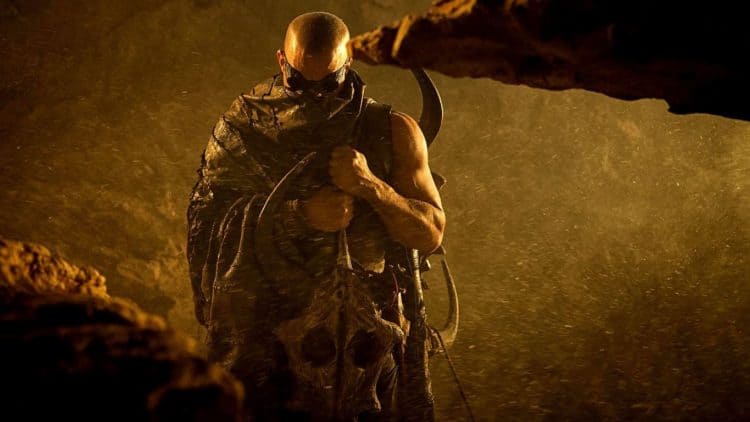 There are three characters that have come to define Vin Diesel on screen, and one of them he’s still engaged in at the moment. Dominic Teretto, Riddick, and to a lesser extent Xander Cage have been his bread and butter since anything else has kind of been a big hit and a miss. The Last Witchunter was a decent idea, but the execution was horrible, and even the Pacifier was pretty good, but seeing it go any further seems to imply the need for a series, not another movie. So it’s easy to establish that he can cover a wider range of movies than some might think, but it’s also just as easy to think that going back to Riddick and Cage would be a decent idea, well, at least Riddick would. The only issue with Cage is that he feels played out, as though his entire persona has been laid on the line and there’s really no more to say about him other than that he’s another Bond character with an X-Games attitude. Shaan Joshi of We Got This Covered states that fans are ready to see more Cage, but in light of seeing more Riddick it’s not too hard to see which way the fans would lean since the allure of Riddick and his origins are still a lot more enticing. When interviewed about the matter Vin had this to say:

“After the longest filming shoot of my career with Fast 9… A film I am so immensely proud of,” said Diesel. “Before entering the next character and film project… so much to be excited about… Fast continuation, Xander Cage, Riddick… Groot. Not to mention the possibilities of Witch Hunter and the follow up to Bloodshot. Before all the press that coincides with the release of the various pictures next year. I must take a minute to center. To celebrate the wonderful family I have been blessed with. So grateful for the Holidays. Perfect timing I might add. Hahaha.”

I know it won’t win me any favor points with fellow fans but the issue here is that Riddick is still like undiscovered country when it comes to characters, while Bloodshot feels like a bad idea, Xander Cage feels like an appeal to fans that just want to see adrenaline sports breaking through one boundary after another, and the Witch Hunter is basically another immortal movie that pits a lone hero figure against the forces of evil. Groot was interesting and still is, though that avenue will be closing with the next Guardians of the Galaxy movie, and again, I won’t be winning any points but I have to say it, the Fast and Furious franchise has lasted way too long and despite the box office numbers seems to be stretching a little too far, especially if they attempt to bring back Brian, as this could spark a lot of backlash. Why are they all so popular then? It’s pretty simple, Vin Diesel has tapped into the more sensationalist nature of the fans and has played on it for a while now. The big explosions, fancy cars, flash, dazzle, pizazz, whatever you need to call it, he’s been steeped in it for so long that people have forgiven just about every plot hole and flubbed idea that’s come along with his movies thus far. Even Riddick hasn’t escaped that particular foible since he too has been doing things that no physical being should be capable of throughout his movies. But people eat it up largely because they want the fantasy, they want to be amazed by something that could never happen in real life. That’s the draw, and that’s why he knows that he can come back again and again, because people will pay for it. That’s hard to deny so I won’t bother.

A return to the Riddick character would be great since on the big screen we haven’t gotten a whole lot of back story on the character and it would be a great up for many fans to learn more about Furya and the one being that it spawned that’s still kicking around. It would also be great to know if any others survived since obviously at least one more did according to what happened in The Chronicles of Riddick. It would also be nice to learn how Johns captured him before the events of Pitch Black, where we were first introduced to the character. Plus, maybe seeing one of his stints in one of the prisons he speaks of in Chronicles would be nice, perhaps it might even be good to see how he received the surgical shine job that allows him to see in the dark. In other words, it would be great to see an origin story, or something like it at least. Keep Xander in the cage for now, let’s see some more Riddick, and an eventual end to the car chases and witch hunts.