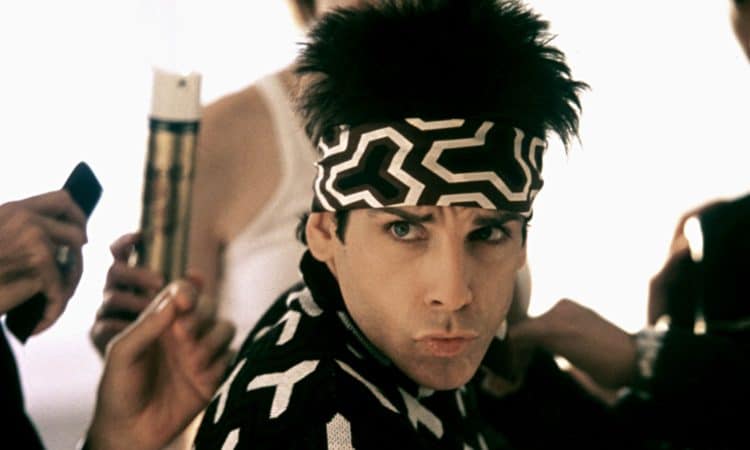 England has certainly produced a lot of pop and rock singers over the last several decades. Wham! was one of the few that actually didn’t last on the charts for that long but they were a big hit in the 1980’s. Their song Wake Me Up Before You Go-Go was one of the most catchy tunes that still survives today. It can be heard on various stations that play oldies to everything and is still one of the favorite of the older generation when it makes an appearance. Honestly it’s easy to groove to and offers a very pleasant level of nostalgia for the bygone 80’s.

It’s also made it’s way into American pop culture without much trouble.

I couldn’t find the clip I wanted but part of it is in here anyway. The scene in which Linda comes back and wakes Robbie up with her tone-deaf version of this song is kind of sad, in a funny way, to watch. The fact that he gets up and asks her to take off his Van Halen shirt before she jinxes the band is kind of funny too. Really, the entire movie is actually hilarious simply because, well, we know exactly what happened to 80’s. It became the 90’s.

Oh my goodness, nails on a chalkboard time. I wonder what Seth Green sounds like when he’s actually trying to sing well, because when he does it in the voice of Chris Griffin he sounds like he’s trying to strangle a cat. Also, Chris is getting married in this episode despite the fact that he has absolutely no idea what that will mean for his future.

3. Dancing with the Stars

Like I said this song is really easy to groove to and lends itself to a lot of dances but somehow this one kind of feels awkward in some spots. Maybe I’m being a dance snob but for the most part the song works with the movements. It’s just in some places it feels a little forced, like maybe they’re not quite on the mark. Oh well, not all of the dancers are professionals and mistakes are bound to be made.

If ever you wanted to make fun of a music video all you had to do was send it to Beavis and Butthead and let them tear it apart in their mincing, idiotic manner. Most of their insults are essentially pointless and don’t have a lot of bite to them, but some of them are kind of amusing for a moment before they start speaking again. Once that happens the funny kind of gets sucked right out of it.

Please oh please tell me that there aren’t actually people out there like this, men in particular since it’s male models in the clip. The sheer stupidity that’s on display is almost too much to bear and the fact that they think they’re helping people by making them aware that they’re not dressing cool enough is worthy a true Gibbs slap upside the back of their heads, in tandem. Now if only it would actually make them smarter.

So Wham! has definitely made an impact on pop culture in America, and it’s bound to last for a while.