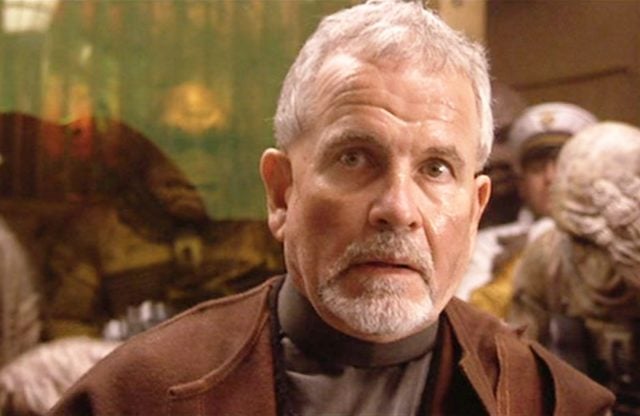 You might not recognize the name Sir Ian Holm. If you’re an avid movie fan, however, you’ve probably encountered it at least once before. Holm is one of those quiet giants of the acting world; precisely the type which seems to suit the British rather well. Just like other industry stalwarts (the names Jim Broadbent, Mark Rylance, and Stephen Graham come to mind), he’s lauded by critics but rarely plays the fame game.

So, you might not know that you’re a Holm fan until you see his picture and realise that he’s been in some of your favorite films. There are a lot to choose from, because he’s been acting since 1968, when he appeared in BAFTA nominated drama The Bofors Gun. Since then, he’s taken on one of the most iconic roles in modern literature and played a very creepy crew mate on a very famous spaceship.

Let’s take a closer look at the work of Ian Holm and a few of his most celebrated performances.

The original Alien movie is considered to be a science fiction masterpiece. This is, in part, due to the strong performances of a largely unknown cast. It is a truly memorable performance for Holm, who plays the humanistic android Ash. The rest of the crew don’t realize that he’s a robot until he attacks Ripley for questioning his response towards a breach of quarantine. It is then revealed that not only is he a synthetic lifeform; he was placed on the ship to ensure that an alien lifeform is protected and preserved.

The role that most people know Holm from is that of Bilbo Baggins in the Lord of the Rings franchise. The actor appeared in the first and third installments of the trilogy and in two of the most recent Hobbit movies. As Bilbo, he opens the entire narrative and provides its framework.

Those who have read the books will know that the events in LOTR occur because of adventures which Bilbo had as a younger man. So, even though Holm doesn’t have a huge amount of screen time, he is a key figure who is at once funny, tragic, and delightfully quirky.

In another iconic sci-fi epic, The Fifth Element, Holm plays a human priest tasked with protecting a powerful alien weapon. As Vito Cornelius, he must race to save the world from destruction at the hands of evil industrialist Zorg.

Together with a rugged taxi driver and a mysterious orange haired runaway, he battles to prevent the weapon from falling into the wrong hands. Holm is a great choice for the role, as he’s very skilled at mixing comedy and pathos.

Chariots of Fire is one of the most celebrated movies in British cinema history. It tells the story of two athletes who face the fight of their lives at the 1924 Olympics. The narrative is actually based on a true story and it explores some very serious issues. Both characters are very devoutly religious and their beliefs threaten to keep them from the sport that they love. Holm plays Sam Mussabini, a real life athletics coach took on the job of getting Abrahams to the Olympic Games. In total, he helped win eleven sporting medals.

The last film that we’re going to talk about is based on a comic book created by Alan Moore. From Hell follows the movements of the women murdered by Jack the Ripper and the attempts of a talented young officer to uncover his identity. Ian Holm puts in a wonderfully restrained performance here as Sir William Gull, physician to Queen Victoria. He’s the picture of gentlemanly etiquette and good manners. Or, is he? You never can quite tell with the slippery Mr Gull, not until the thrilling final act anyway.