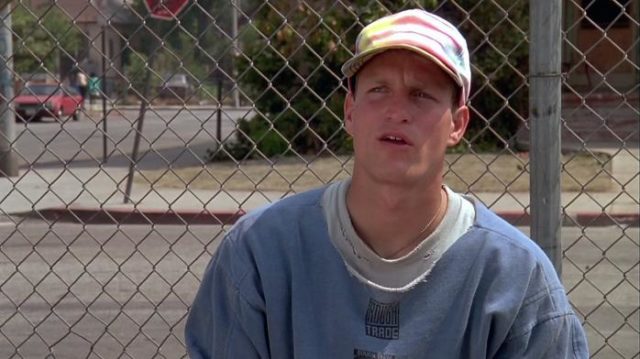 Fictional athletes are often larger than life and twice as good at the sport, as per Hollywood’s many attempts. Basketball players, as is evidenced by their fan base, are almost always idolized in various ways that appeal to Hollywood and entice directors to star actors and unknown talents that are able to make the sport pop and sizzle on the big screen. While some are meant to be quite serious however others are more comedic and even ridiculous at times. So long as it draw a crowd though it works on most levels.

Here are our picks for the top five fictional basketball players in movies: 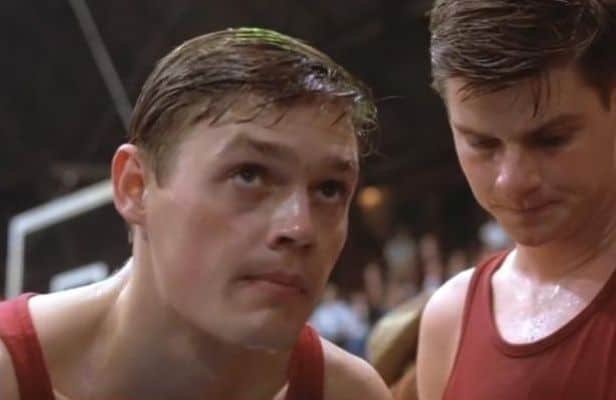 Devastated by the death of his coach and determined to focus on his schoolwork, Jimmy becomes more an unreliable commodity in the film. Once the team starts to really all apart however he does manage to come back and help pull things together. One of the defining moments is when he actually pulls for the new coach to be accepted by the community, showing solidarity in a way that finally get the townsfolk on board with the idea of the new coach.

This is one of the silly ones, but it’s amusing in its own way. After making a deal with the devil to win the affection of his dream girl, Elliott embarks on a hilarious back and forth adventure that sees him assume the roles of several different characters that he wishes for. One of those wishes turns him into an all-star basketball player that seems like a cross between Michael Jordan and a seven-foot albino. In any case, this gag is short-lived, pun intended if you’ve seen the film, and is worthy of mention simply because it’s that funny.

Thomas Sheppard – Above the Rim 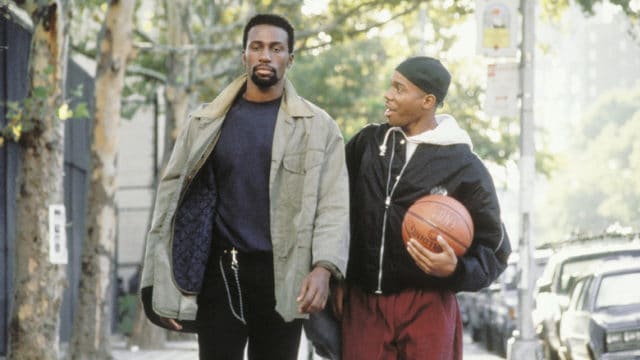 Shep, as he’s known on the streets, is a former basketball star that was disgraced when his best friend accidentally fell to his death during his school years. Since then he’s been content to stay in the shadows and just get by. When he sees a young man with the same promising skill he had getting caught up in the gang life of his younger brother Birdie, he takes it upon himself to come out of the dark in order to make sure the young man is given a fair shot.

This borders on silly, serious, and unbelievably good all at once. Billy is the kind of guy that can handle the rock, talk the talk, and yet can’t seem to understand that a hustler is only as good as the hustle. When he decides to trust Sidney Dean he gets a hard dose of reality and even ends up losing his girlfriend in the process. Eventually he and Sidney band together to work things out, but whether or not there’s any real hope for Billy is never really seen. 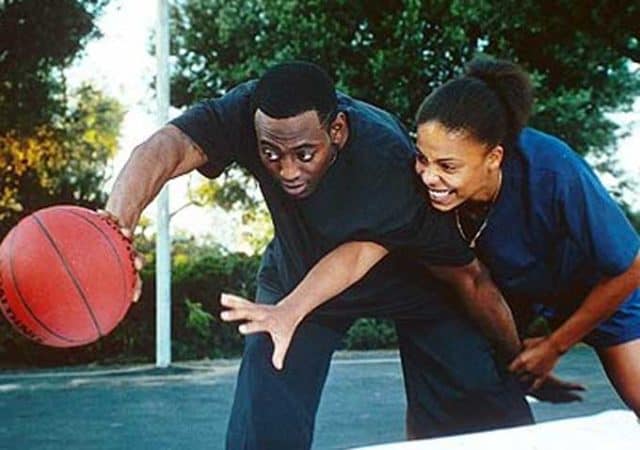 Sometimes it’s all about one thing or another. Q and Monica manage to go through a complicated relationship from the moment they meet all the way until college when things tend to unravel. Once they both realize what’s really important however things get sorted out in the only way possible for these two, a game of one on one with the highest stakes of all. It makes you realize that the love of the game isn’t all there is, but it’s definitely a good start.

Sometimes the drama and the comedy that goes along with being a basketball player is good for Hollywood, and sometimes it’s just outright silly. Anyway you slice it though it’s fun to watch.