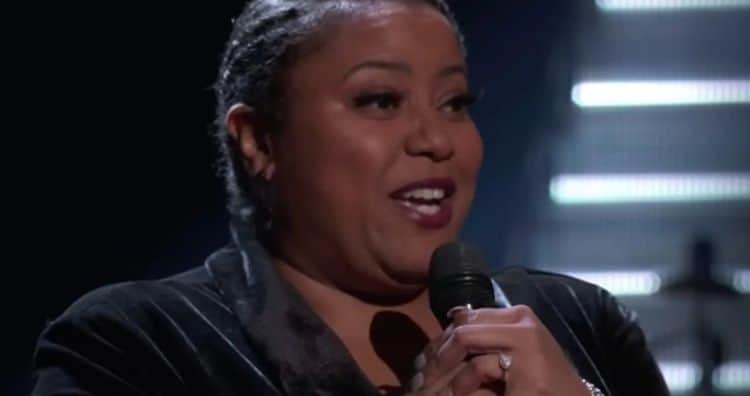 There’s always a new crop of famous names coming up through the pipeline and if you’re into watching them rise and seeing just who’s going to make the cut then you might have already seen Toneisha Harris on The Voice. She’s been one of the more impressive singers that’s come to the stage in a bit and she’s definitely caught the attention of many people since she’s been showing just how skilled she is on the mic and has been turning heads in a big way. How far she’ll go is yet to be seen but considering just how dedicated she is to her career it might be a good long ways and she might be someone we’re talking about into the next year even if the pandemic hasn’t been sorted out just yet. When a host of judges turns around and pays attention it’s usually something to think about since it’s typical that at least one or two might take interest, but when judges actually try to get someone on their team on The Voice it means that the individual truly impressed them.

Here are a few things about Toneisha you might not have known.

10. Toneisha has grown up with music being a big part of her life.

It sounds as though she was raised with gospel music for much of her life, though her father would apparently sneak her out and expose her to R&B up until he passed away. So really she does have a great background when it comes to music, and it’s no wonder that she’s developed such talent.

9. Her aspirations for a musical career were stopped when her son developed leukemia.

She might be very dedicated to her career and know just what she wants and how to get it, but thankfully she’s also a very devoted mother and wife and knows the value of her family as well. Her son did end up recovering thankfully and she was able to on to pursue her dream once again as she auditioned for The Voice.

Not everyone starts out finding the fame they want when they’re younger as it’s been seen many times that some folks have to pay their dues for years and even decades before finally getting the attention of a bigger audience. Of course at this point she won’t be singing to any sold out crowds for a while, it’s still enough to think that she’s reached where she wants to be.

7. On the show The Voice she received a four-chair turn, which is rare on the show since it denotes how impressed the judges are.

As it was mentioned above, there might be the two or even three-chair turn that some people get, but seeing all four chairs turn is apparently not something that happens all the time since it means that each judge hears something they like in a singer’s voice. Given that the judges are usually pretty knowledgeable about their own talent and that of others this is kind of impressive.

6. She chose Blake Shelton as her coach due to his time on the show.

Seeing as how Blake has been on the show for so long this does present the idea that he has staying power of some sort and might be the most experienced when it comes to coaching other singers, so this played a big factor in her choice.

5. So far the judges have been really impressed with her.

The judges and the fans have expressed a great deal of respect for Toneisha as she’s been killing it on the mic thus far and really showing just how badly she wants to continue onward with her career.

4. Toneisha was originally supposed to try out for The Voice back in 2012.

It’s a wonder as to how well she might have performed the first time around as opposed to recently since as with anything the development of talent and the presentation of said talent is all about timing sometimes. It does appear fair to say that she might have done well, but whether or not she would have kept advancing is hard to say.

3. She’s gaining followers on social media at this time.

She’s only at a couple hundred or more when it comes to followers right now, but given how many people watch The Voice it’s not hard to believe that those numbers might explode eventually.

2. As of yet there isn’t a lot of information on her.

There’s not much to tell about Toneisha right now that hasn’t been covered by a lot of people that are trying to find out more about her personal life. But if her career keeps moving forward that might change.

1. There isn’t much to tell about her net worth or family at this time.

How open a person is with their family and personal business is entirely up to them, but it does appear to be kind of a trend to keep a person’s family out of the spotlight as much as possible these days.

She’s one to watch, that’s for certain.