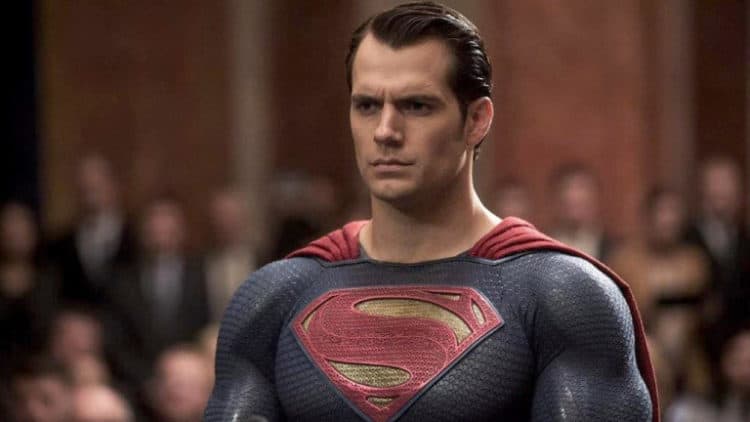 So Man of Steel was essentially created because of…writer’s block. Those that know something about writer’s block know that it’s not just an excuse that a lot of writers come up with at one time or another, but it is a fitting description for something that can feel more like a solid brick wall, a mountain, or an impenetrable steel door that has to be busted down or moved around somehow before continuing onward. That might sound a little ridiculous but it’s the absolute truth since those of us that live by the words we write do every now and then come up against a very real and irritating condition that creates a great amount of difficulty when it comes to pushing forward with our writing. Some folks know how to get around it and others struggle with writer’s block in a way that’s a bit comical since everyone method. But during the creation of The Dark Knight Rises it sounds as though Christopher Nolan and David S. Goyer came up with the idea that would eventually spawn the Man of Steel movie, as this is Goyer’s explanation per MovieWeb:

“When Chris and I were beating out The Dark Knight Rises, we ran into some issues in the middle of the film. It was a number of things: How Bruce was going to defeat Bane, how he was going to escape the Pit and the switch reveal – that the child was actually Talia. Chris and I just hit a wall, and Chris suggested we take a break for a week and put our pencils down. It’s counterintuitive, because you think you have to keep at it. But often when you have writer’s block, it’s best to just walk away, do something completely different and just hope that your subconscious will come to the rescue. What happened during that week [off] is I ended up rereading the first few years of Action Comics and writing down a two-pager for a Superman movie. So when we came back, Chris said, ‘Well, have any ideas?’ And I said, ‘I’ve got this Superman movie that has nothing to do with The Dark Knight Rises.’ That’s how Man of Steel happened. We ended up pitching it to Warner Bros. and getting that going.”

This isn’t uncommon, but it’s not entirely common to come up with something else that might be a hit in the making since many writers tend to move past this issue in their own way. But creating the premise for Man of Steel was a step in the right direction. Now if only the movie had actually exemplified the hero and not turned him into a wandering transient, it might have gone a little better. DC really gained a dark and foreboding reputation in part because of this, since Superman was always considered a very upbeat character no matter what happened. When he became a slightly darker version of himself things changed in a big way, and despite making a profit with the character, DC is still trying to figure out what to do when it comes to delivering to the fans a worthwhile movie. Zack Snyder’s cut of Justice League might have been embraced by the desperate bunch of fans that want to believe it’s still worth something, but things have definitely changed since the old days.

Usually, that’s not such a problem, and there’s a good reason why DC would attempt to upgrade and push one of its most popular heroes forward, but while Superman is still considered to be the gold standard of superheroes, his reputation has taken a big hit in the movies and it’s hard to think of who might take on the suit in the future since it would appear that Henry Cavill and DC aren’t exactly seeing eye to eye at the moment if the rumors are real. Seeing Cavill head to the MCU would be kind of amusing at this time, but it’s easy to think that he might come back to the Superman movies if things were worked out. In the meantime, thinking that Man of Steel might not have happened if not for a case of writer’s block is pretty funny, even if it didn’t feel that way at the time.

No matter what anyone thinks, writer’s block is real, and it’s a moment in a writer’s life when they have to figure out how serious they are about their craft. For some of us, this issue comes and goes every now and then and is about as worrisome as a cloudy day. But there are moments when the need to do something, to create anything while stepping away from one’s main project, might actually create something completely different but just as interesting. The idea for Man of Steel wasn’t too bad, but the execution could have been a little better.