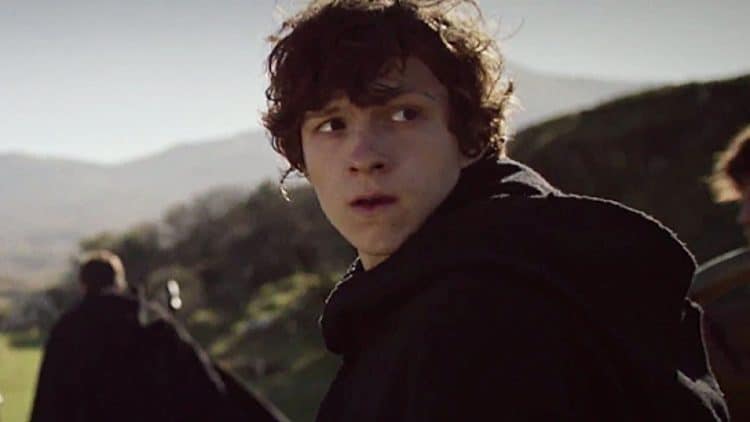 While the writers at Looper make it obvious that Stan Lee put his stamp of approval on Tom Holland’s selection as Peter Parker/Spider-Man it does make one wonder if he felt the same way about Tobey Maguire and Andrew Garfield. After all, he did show up in Maguire and Garfield’s movies as well. It might be a little more fitting however to say that he approved of all three men and that he was happy to see all of them get a shot. His reaction to Holland however was definitely amusing as he ribbed the younger man for a bit of fun to calm his nerves and help him settle down a bit since as many of the MCU actors could attest to they were a bit nervous heading into their roles and found Lee to be a very accepting individual. Jame Gunn was the person that introduced Holland to Lee and remembers the story very well as it was just before Holland was about to appear in Captain America: Civil War. One can imagine that Tom was a bit nervous to get on set considering that he was going to be joining a very talented and seasoned cast, apart from Chadwick Boseman, who was also making his debut into the MCU. The main point here is that Stan Lee had a very calming and positive effect on the MCU actors and was able to make them feel welcome and as though they were right where they needed to be. Plus, having a chance to meet the man that’s held up as the face of the Marvel universe had to have been kind of a rush for a lot of them.

A lot of people have an opinion as to who should be playing certain roles in the MCU but it does feel as though Stan Lee has embraced all of them at one point and that the replacing of certain characters has been more or less just as accepted. For instance, the Maguire/Garfield/Holland debate when it comes to Spider-Man is something that many people are still willing to talk about, while the Norton/Ruffalo issue with the Hulk is also a matter that some people might still discuss. When asked though it sounds as though Lee didn’t really get into the argumentative phase when it came to the various characters as he accepted them when it was show that they could act the part and make it work. Personally I would rather see Edward Norton take the part of Bruce Banner and see his Hulk come back to the MCU, but Ruffalo is far from the worst, so long as the Hulk, now fused with Banner, is allowed to be the savage that he was in the comics again. As far a Spider-Man goes Holland does exude the youthful nature of Peter Parker whereas Maguire and Garfield showed their own expertise with the character by not always being the out of breath and out of his depth character that Holland has made so popular. In other words, each individual has made the character their own in their own time, and has done fairly well to be certain. As far as the others go, only Chris Evans has ever really needed to switch characters, and it definitely worked for the better since despite his ability to play a very arrogant Johnny Storm/Human Torch, he was definitely made to play Captain America.

Likewise Robert Downey Jr. and Chris Hemsworth were perfect when it came to playing Iron Man and Thor respectively, as Stan Lee believed that they were great and brought a very distinct look and voice to the characters. From the way it sounds, Lee was entirely approving of most characters and would even go around to give the thumbs up and words of encouragement to other actors as well in order to boost their spirits and insure that they were on their game and ready to go. As many should already know at this point in life there’s nothing quite like being told that you’re doing a good job and that someone believes in you, but in this case it was the guy that was the face of the company that made their characters possible, so it had to be something uniquely special to have his seal of approval. Holland, who was only 19 when he entered the MCU, had to have been more than a little nervous about his role, but Stan was able to calm him down quickly and keep him on point it sounds like, which is the mark of someone that knows how to talk to people. Obviously the good-natured ribbing was enough to settle Holland down and calm his nerves since he killed it on screen and has been doing so ever since.  It’s easy to think that many people still miss Stan Lee and will for some time to come, especially those that he grew close to on set.