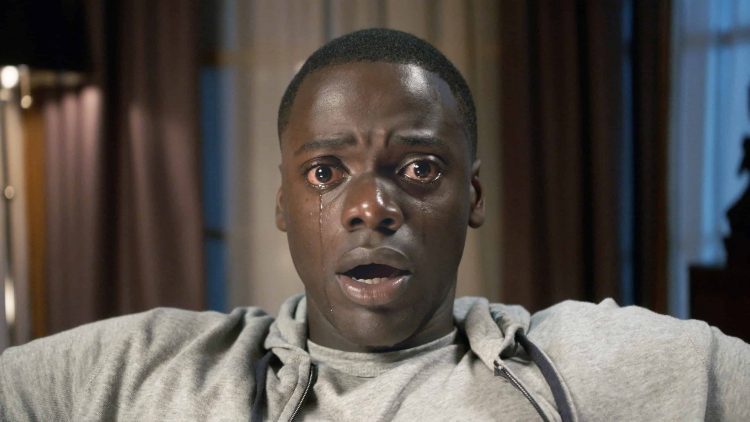 It kind of depends on who you ask but Get Out was something of a spine-chiller that really took us back to a place that we all know exists in the back of our mind but that we don’t like to talk about. Jordan Peele coupled a disturbing and haunting soundtrack with a movie that left you wondering just how messed up things were going to get and whether or not the main protagonist was really going to get away. Of course by a certain point the lot of us started realizing the very real nature of the racial undertones that were shown throughout the movie, though some of them might have been well-hidden and not quite as obvious. But when a movie is titled Get Out you do get the feeling that it’s going to be something uniquely horrific that won’t leave you with a warm feeling in your heart.

Here are some of the best tracks from the movie.

Some of the tracks are just short bits of music meant to convey the seriousness or unnatural nature of the scene, but this one was utterly creepy since in the dead of night watching someone this big coming towards you at a dead run is not just frightening, it’s enough to make you wonder what they’re about to do and if you should run away. Chris stands his ground right up until the last since he obviously doesn’t understand what’s going on, but at the same time this should have been a red flag among the many he’d already seen that kept his feet moving right out the door and on down the road.

Everything was a-okay until the flash on Chris’ phone went off and somehow triggered something within the only other black man in attendance at that point. It was almost as though the flash rewired him in that instant and allowed the memory of the man he’d been before the transplant to come screaming out to tell Chris to just get out, to leave. Of course Chris wasn’t bound to think that this was anything but a massive fit that he’d somehow unwittingly brought on, but once again, there’s that red flag that should have been waving long and hard until he finally realized it was time to go.

The auction provoked a lot of discussion online since the gestures and the whole idea of it was something that you couldn’t fully wrap your mind around. But obviously at this point we all know that they were auctioning off who was going to get Chris’s body through those strange and unknown hand gestures that seemed so utterly serious. If nothing else this was a way to confuse the audience and yet make them think that they knew at least a little of what was going on when in truth a lot of us didn’t have a single clue. Peele did a great job on this one since it was a point of debate for a while.

So much about this movie just said ‘danger’ right from the get since it was already evident that it was going to be something inherently dangerous but somehow mind-boggling since the previews might have left some people thinking that they didn’t want to watch it since they didn’t want to think that much. But all in all it turned out to be a pretty good movie, though it did take some time to get into at first. The whole buildup though was something that left people gasping by the time they finally figured out what was going on, and by the time the credits rolled it feels fair to say that some people were still in shock.

The premise for this movie was a little crazy since the whole idea of swapping bodies by transplanting a person’s brain does seem like something that would work as a movie plot from the 50s but not now. Jordan Peele crafted his movie in such a way however that people were hooked before they ever entered the theater. It does help that his reputation had grown phenomenally throughout the years before he took on this project, but the movie kind of spoke for itself when it was all said and done. While the idea seems like it would sound kind of wonky on paper, on the big screen it came off in a way that wasn’t anything but impressive. Some people did try to bring it down and criticize the movie in various ways, but overall it received a pretty good turnout and Peele has been lauded as something of a genius for his efforts.

The music in this movie thought was simply haunting and perfectly matched to each scene. It kind of gives you the chills if you just listen to it.