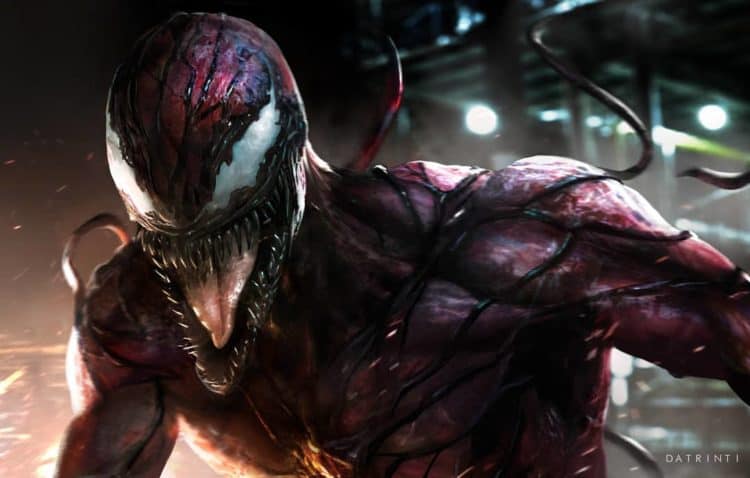 Anyone getting excited about seeing Venom again might be thinking about the sequel to Sony’s impressive showing and the possibility that Tom Holland’s Spider-Man might be making an appearance. To fans of the comics it would no doubt be something that would still be hard to swallow since the whole idea of Venom and Spider-Man having a history is a part of their past that’s hard to let go. But perhaps if they’re given a look at a new character to the big screen, Carnage, then it might smooth over a few hurt feelings. But apart from that, it does sound as though Agent Venom will be making his way to the small screen as a part of the Sony universe, which is just bound to make things even more confusing.

For those that are on the uptake and current in their knowledge of the many characters that have been spawned thanks to Venom’s efforts, Agent Venom is the creation that occurred when Flash Thompson, at this point a former soldier, bonded with the symbiote and eventually became another anti-hero that was out to make a difference in the world. Unlike Eddie Brock though, Flash was able to do more with the symbiote and didn’t give in as much, creating a much more dominant relationship with Venom that created someone a bit stronger and less unstable at times. Where Brock allowed Venom to have his way since he was so much stronger, Flash asserted his own form of dominance over the creature and thereby managed to create a character that was not only more stable and balanced in his approach to one situation after another, but was far deadlier in many ways since the blend of order and chaos within the character’s mindset allows for a much better balance in any situation. You might think that doesn’t matter, but when you look at it, Venom is the kind of character that doesn’t often give a lot of thought to his actions, preferring to go on and do something and then perhaps think about it later. Flash’s discipline changes the game a bit.

It sounds as though Sony is starting to come around and could be leaning towards cooperating with the MCU even if they don’t fully merge with them, since the inclusion of Tom Holland in the Venom sequel, if it happens, is something that fans would likely want to see since the whole idea of Venom and Spider-Man is something from the comics that is hard to dispute when it comes to how much people want to see it happen. After all, the two have been around one another for long enough to state that they’re kind of hard to keep apart for long. Even with all the enemies that Spider-Man has acquired over the years, and there are many to be named, Venom is by far one of the most powerful and inherently deadly that Spidey has ever faced since the symbiote knows him inside and out better than anyone. A showdown between the two in a sequel would be excellent since there’s a good way to explain how it couldn’t have happened in the first one considering that Eddie Brock was all the way across the nation, thereby not being anywhere close to where Spider-Man is located. But seeing as how the two of them teamed up against Carnage, who is being teased in the sequel, it would seem only fitting to have Tom Holland make an appearance.

But in regards to Agent Venom it would almost seem as though the show is going to have to advance the story by a few years since in Spider-Man: Homecoming, and Far From Home, Flash still appears as a kid, not someone that could be taken for a disabled and experienced solider. That’s easy enough to do with just about any actor after sending them to makeup for a while, but it would appear that they’re going to try and use Tony Revolori, the same guy that’s been playing Flash lately, for this role. It wouldn’t be a bad idea really despite how many guys they’ve put in the position of Flash Thompson, no matter that he’s actually one of the least imposing young men that has taken on the role. Perhaps the only reason it feels like it wouldn’t work as much is for that reason alone. In the past Spider-Man movies Flash has been played by big, mean-looking young men that kind of epitomize the idea of what Flash is supposed to look like according to those that have read the comics. But if Tony’s character was replaced by a white actor that exemplifies the role at this point it does seem like it would cause a huge uproar that would only complicate matters.

If he bulks up and is aged a bit then it should work fairly well, as Agent Venom isn’t really much of a kid, but an experienced vet that seems a lot stronger than the Flash we currently have.