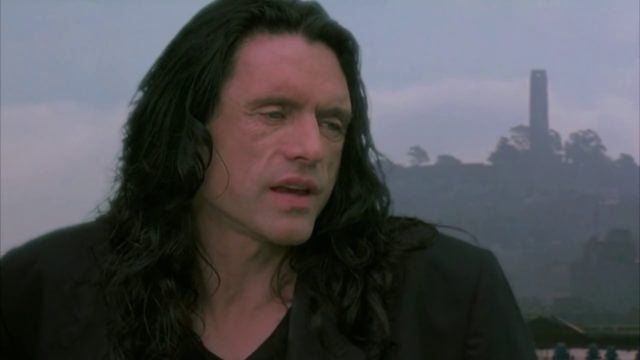 “The Room,” has earned recognition as being the “worst movie ever made.” It is an American independent drama produced in 2003, by Tommy Wiseau, who was also the writer and star. The film is about a melodramatic love triangle between a banker (played by Wiseau), his fiancÃ© (Juliette Danielle) and his best friend (Greg Sestero). What caused the movie to tank (many believe) was that a large portion of it was focused on unrelated subplots, most of which all involve one of the supporting characters. Unfortunately, most of all the subplots remain unresolved due to the narrative structure of the film.

However, just because the movie was a horrible flop, it doesn’t mean that something good can’t be made out of it. As you can see from the viral video that is now posted online, taking some of the lines and putting them to music can be just what is needed to turn something horrible into something fantastic.

From Failure to Fantastic

While “The Room” has deservedly received the title of being the worst file created in in modern times, someone has taken this and made an artistic piece that is nothing short of genius. After all, “The Disaster Artist,” is currently earning great reviews, but what do you think of a song created only from lines out of the film? Combine those lines with an extremely convincing Prince impersonator and there is no question that you have a real hit in the making. If you don’t find yourself singing along to this amazing mash-up after you hear or see it, there is definitely something wrong with you.

Some may wonder why Prince was chosen as the inspiration for the video. The fact is, the dramatic edge portrayed in the video is just right for the feeling that Prince songs evoke. While it is a far throw from what Prince himself would create, the parody aspect makes it funny, catchy and something that you will likely play more than one time.

Just like the movie, the music video is sporadic and moves from one scene to another without much context or understanding. However, the tune and lines are more than catchy, with phrases, such as “you’re tearing me apart, Lisa,” and “cheep, cheep, cheep.” If you have ever seen “The Room” you can appreciate the parody of this song and enjoy the hilarity of what it was create from. However, even if you have never taken the time to watch the worst movie ever made, you can get a good laugh. The impersonator really goes “all in” when singing the lines and you can “feel his pain.” While this is far from the next big hit, it is good for a laugh and something you will definitely want to share at work and with your roommate. If you are ready for an experience you won’t soon forget, make sure to play the video. You are in for a treat!