Home
Movies
The Road to Infinity War: The Incredible Hulk 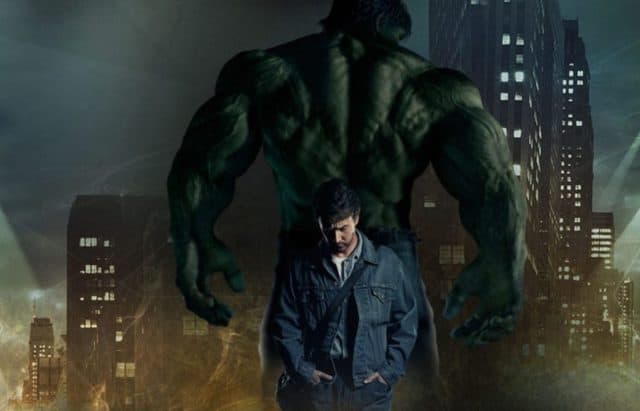 If asked to name the best solo movie from Marvel’s Phase 1, most people would probably say Iron Man.  After all, it started off the whole cinematic universe on the right foot, is deceptively groundbreaking among superhero movies in several regards and, at least for the first two thirds of its run time, presents one of the most engrossing superhero origin stories ever committed to the big screen.

Granted, it’s not perfect.  It hardly holds a candle to most of the Phase 2 or 3 movies and isn’t even the best Iron Man movie.  The third act is entirely inconsequential, Iron Monger is one of the more forgettable Marvel villains and they didn’t really nail down what the mega-franchise was really about until The Avengers brought all of the disparate pieces together.  But, all the same, it is the perennial favorite for Phase 1 non-crossovers.

Captain America was the first of the franchise without any glaring flaws and is probably the overall most competent when taken on its merits.  Thor, with its tentative exploration of the utterly bizarre cosmic side of the Marvel universe, has a fair number of fans ready to go to bat for it.  Even Iron Man 2 is starting to get some latter day love, between various retcons and revelations that make the film better upon multiple viewings: namely that Senator Stern, who lead the government crusade against Stark’s vigilantism, was later revealed to be a Hydra agent and that the kid Tony saves from the drones in the film’s finale was revealed to have been Peter Parker.

The one movie that nobody seems to talk about anymore is The Incredible Hulk, which is a real shame.  It’s far from the “worst” Phase 1 movie (Iron Man 2), as much as one can be identified as such.  In fact, I would argue that it’s the best solo movie from that narrative cycle: a film that played with genre more than any MCU movie since, which was the most solidly executed on the whole (even more than Captain America, which usually gets that honor) and was just as groundbreaking in terms of generic visuals as Iron Man was earlier that same year.

In terms of why The Incredible Hulk is so often overlooked, I think the answer is simple: Iron Man.  Both movies came out in the exact same year: the only such double billing in the first phase of the MCU.  And, as one would expect from Downey Jr’s Tony Stark, its forebear completely stole the show.

Iron Man had the distinction of coming out first and The Incredible Hulk was always going to have to climb out of its unexpectedly long shadow.  And of the two movies, the former was designed almost from the ground up to be more appealing to more people: a light-hearted, Batman-esque action-comedy with far more eye-catching visuals and feel-good story beats (like when Stark takes out those terrorists in that Middle Eastern village) than the darker, horror-adjacent thriller whose tone and general aesthetic borrowed heavily from the live action TV-series best remembered for its sad piano tinkle played over footage of Banner meekly hitchhiking from one episode to the next. 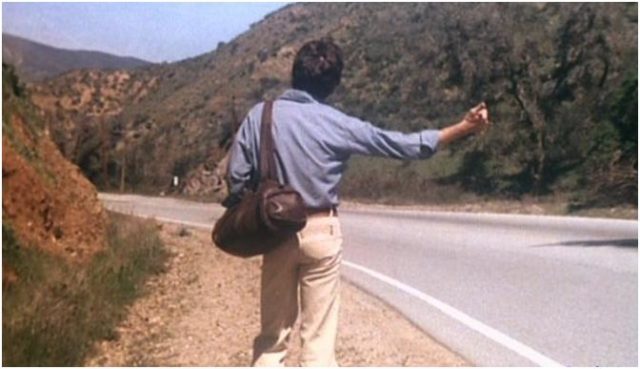 And it’s not like these were the only two superhero movies that came out in 2008.  The elephant in the room is, of course, The Dark Knight, which was nothing short of a global phenomenon.  The mere fact that it failed to earn a Best Picture nomination at that year’s Academy Awards lead to such a massive outrage that the awards body immediately changed that category to include 10 nominees the following year.  Also released that same year was Hellboy II: The Golden Army, which is still revered as one of the best Guillermo de Toro movies — and certainly the one more emblematic of his distinct visual flair — and a bitter-sweet reminder of the concluding third chapter that was sadly never meant to be.

Topping that off, The Incredible Hulk still had to choke down the unfortunate legacy of Ang Lee’s Hulk from five years earlier: a movie that is best remembered for pitting the jolly green giant against a pack of gamma irradiated poodles before trading blows with Evil Willie Nelson.  The rare few who actually liked the first, unrelated Hulk movie resented the fact that the franchise was rebooted almost before the dust had settled on the admittedly more visually inventive earlier film.  It was a fight to convince everybody else to give it a shot because of just how bad that earlier movie was and how little reason anybody had to expect that this movie was somehow related to Iron Man, a fact that was only established for certain during this movie’s post-credit scene. 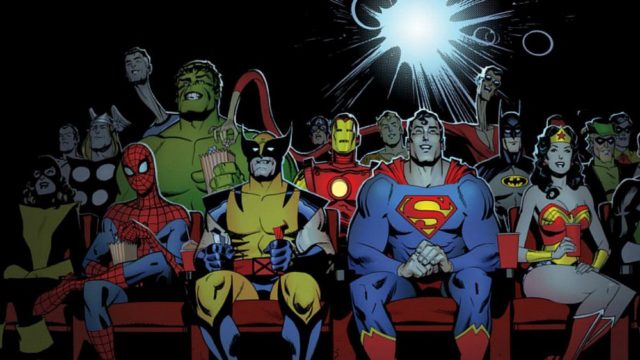 Our cup runneth over in 2008.  The Incredible Hulk, for a great many reasons, drew the short straw in terms of public admiration, irrespective of the actual quality of the movie.  People were gun-shy about the specific franchise, ignorant of its connection to the as-of-yet unestablished Marvel mega-franchise and thoroughly distracted by a litany of genuine genre classics whose released were concentrated into a window of a few short months.

Looking back, though, it really was the best Marvel movie from this nascent period.  It struck the perfect balance between wistful sadness and fatalistic tragedy.  Like the very best horror movies — which, make no mistake, it absolutely was — it was perfectly well paced: teasing  out more and more of the incredible, indominable, inconceivable Hulk over three action scenes, each of which acted as a capstone of the respective act that they fell within.  We never saw any more of him than we needed to, which maintained an air of both mystery and horrific fascination about him that no MCU film has achieved since.

Marvel is on record saying that they consciously make the villains in their origin movies doppelgangers of the heroes.  This is because you can establish a particular power / skill / equipment set that naturally transfers over into the enemy, resulting in less new things needing to be introduced in the script.  At the same time, it established a foil for the heroes: a darker version of themselves that were given all the same powers and opportunities that they did, but made all the wrong decisions that the hero struggled with: in turn validating the hero’s actions throughout the film and showing us what he could have (or might still) become.

Iron Man had Iron Monger.  Thor had Loki.  Captain America had the Red Skull.  Ant-Man had Yellow Jacket.  Dr. Strange had Kaecilius.  Spider-Man had the Vulture.  Black Panther had Killmonger.

To date, no Marvel doppelganger has been as effective as The Abomination compared to The Hulk: a man desperately seeking and abusing his herculean power no matter the cost against a man who shrinks away and seeks to rid himself of that power at any cost.  And while the Hulk is a force of primal savagery and destruction when unleashed upon the world, his fury is reactive, rather than pro-active.  His transformations are triggered by stimulus beyond Banner’s control and he lashes out out of fear and anger.  Banner has proven his ability to trigger the transformations himself and when he does so the Hulk is infinitely more benign: able to be directed toward a desired end.  He is able to avoid populated areas when freefalling from hellicarriers, rush in to save allies and fly off into the sunset to keep himself from hurting any more of his friends than he already has.

As far as I’m concerned, the only contender to Abomination’s throne in that regard is Daredevil’s Wilson Fisk — a corrupt businessman who wields the power of the law as a weapon against the poor and downtrodden whose primary adversary is a lawyer who dedicates himself to helping the disempowered and disenfranchised at enormous personal expense — but the fact that he is from a Netflix series, as opposed to a movie, largely disqualifies any such comparisons between them. 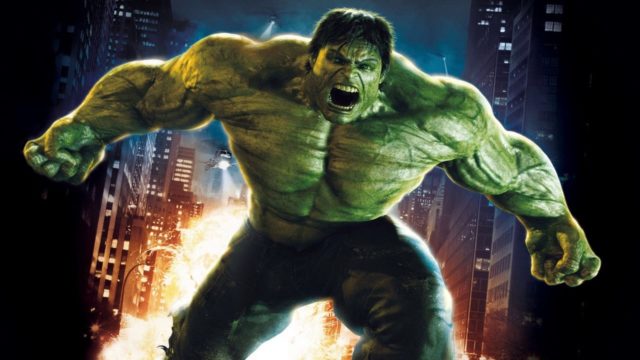 But yes, in retrospect, Mark Ruffalo was the Bruce Banner that we always should have had.  He perfectly encapsulated the mousy, wiry energy that Banner always seems to exude, whereas Edward Norton couldn’t help but play him as a more traditional, leading-man-esque protagonist.  Both certainly have their place, and Ruffalo’s has assuredly born out to be the superior interpretation of the character, but Norton is as excellent a choice in actors as the nascent movie studio could have been expected to make.  And given that he was brought on to rewrite the script as much as he was to star in the resulting film, Marvel more than got their money’s worth out of the deal.

So give The Incredible Hulk a try if you haven’t seen it recently (and given its overarching popularity within the larger Marvel Cinematic Universe, you probably haven’t).  It is a far better movie than it ever seems to be given credit for, especially in the context of its mega-franchise.  The script is tightly plotted, the direction is smartly paced and Norton is, as ever, a delight to see on screen.  And even with the innovation and advancements that they have made with the Hulk’s motion capture over the last decade, it remains the site of my favorite live-action rendering of the character: one with the kind of physical weight and presence that latter tweak to the character’s physique failed to maintain. 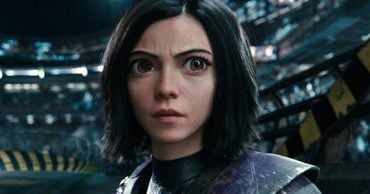 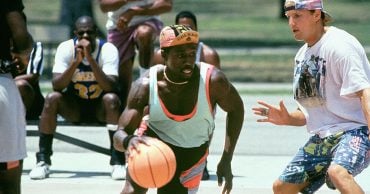 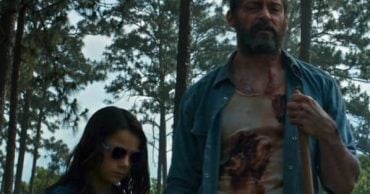 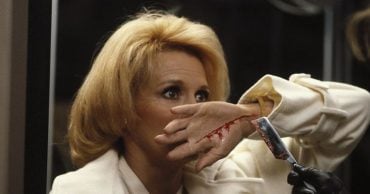 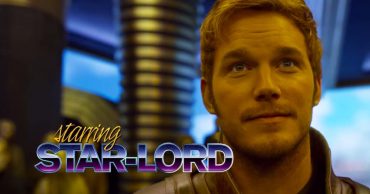 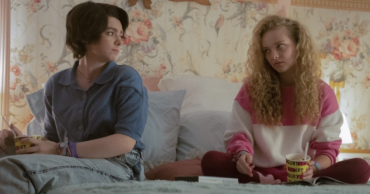