Home
Movies
From Psychos to Peeping Toms: Where Was the Slasher Genre For Its First Two Decades? 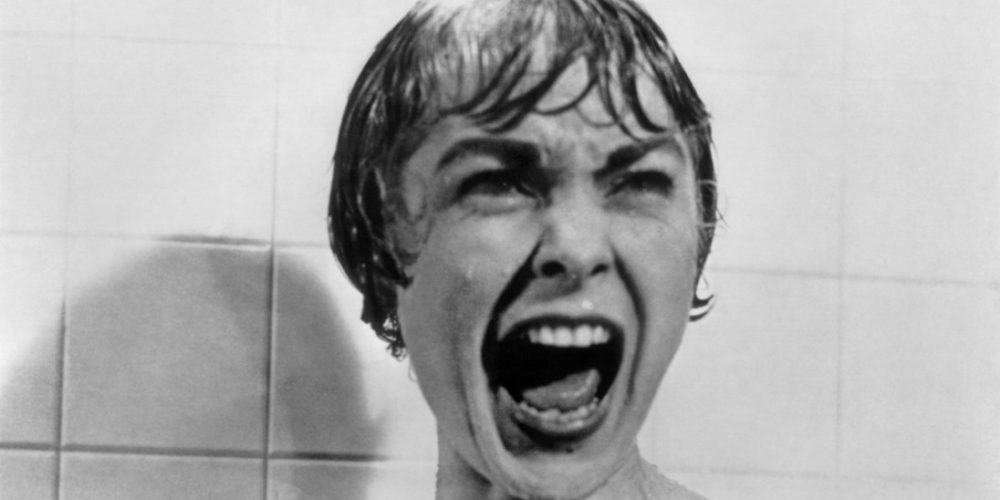 It’s kind of weird when you stop and think about it, right?  Psycho, arguably the first slasher movie ever made, came out in 1960.  Halloween, the definitive slasher movie that kicked off the 1980s horror craze associated with the subgenre, came out in 1978.  And in all those intervening years, nearly two decades from tip to toe, nobody thought to make another one of these things.

Well, that’s not entirely true.  There actually is a very rich history of slasher movies (or, perhaps more accurately, proto-slasher movies) between 1960 and 1978.  It’s just that you had to know where to look for them (and, spoiler alert, the answer was not Hollywood). 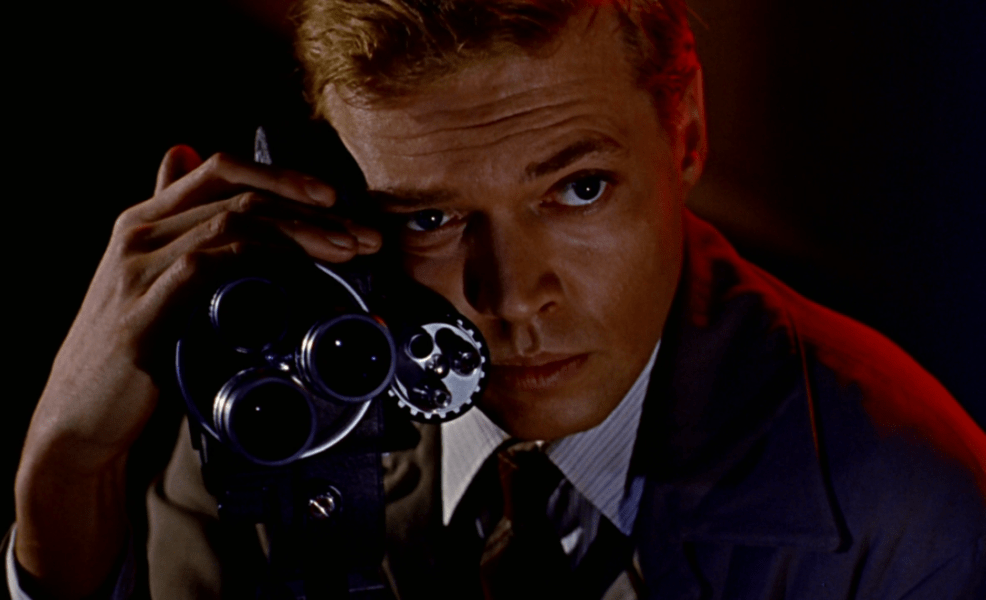 So, first-off, Psycho technically wasn’t the first slasher out there (even if you’re party to those that argue it counts as one).  That honor, by a matter of a few short months, belongs to a British film: Michael Powell’s incendiary Peeping Tom (1960).

Essentially a cross between Alfred Hitchcock’s voyeuristic masterpieces Vertigo (1958) and Psycho, Peeping Tom follows a serial killer (Carl Boehm) as he stalks the streets of London, claiming the lives of any number of women hapless enough to cross his path.  A photographer and aspiring filmmaker, Mark Lewis — kindred, soft-spoken spirit to Psycho‘s Norman Bates — is obsessed with recording the abject terror of a person in their final few moments of living.  To that end, he has outfitted his camera with spear-like points, so that he can simultaneously murder and record his victims’ reactions for posterity.  But when he befriends the young woman living below him, their budding relationship threatens to destroy both himself and everything that he has worked his entire life to achieve. 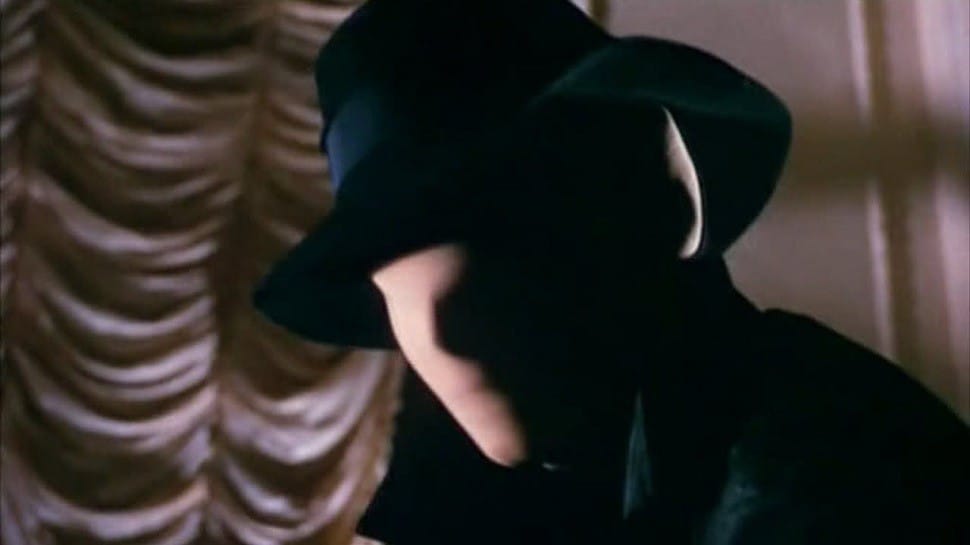 Although Psycho was met with universal praise and adulation upon its release later that year, Powell’s deranged masterpiece singlehandedly ended his career.  It was heavily censored in its native Britain and, perhaps as a director result of this, only sparingly shown elsewhere in the world, where its vitriolic reviews convinced many would-be patrons to stay away.  Although it was briefly available on Netflix a few years back (which was how I first stumbled upon it), it is next to impossible to watch today.  Exorbitantly priced and out-of-print, the only way that most people will be able to see it in the here-and-now is as a part of the Criterion Collection’s streaming service, FilmStruck (which I wholeheartedly recommend that every horror fan do as soon as possible).

Maybe it was the collectively mixed reception to the two of these very similarly themed films, or the uniquely negative reception to Peeping Tom in particular, or that horror had been out of fashion for the past few decades (largely replaced by the spine-tingling prospects prophesied in the newly popular science fiction genre), or because horror had historically been the realm of fantastical ghouls rather than everyday madmen.  No matter the cause, though, the result was actually a bit surprising for normally trend-chasing Hollywood studios.  Although they marveled at the money to be made by the venture, no large-scale imitation of Powell’s and Hitchcock’s experiments in terror arose in their wake. 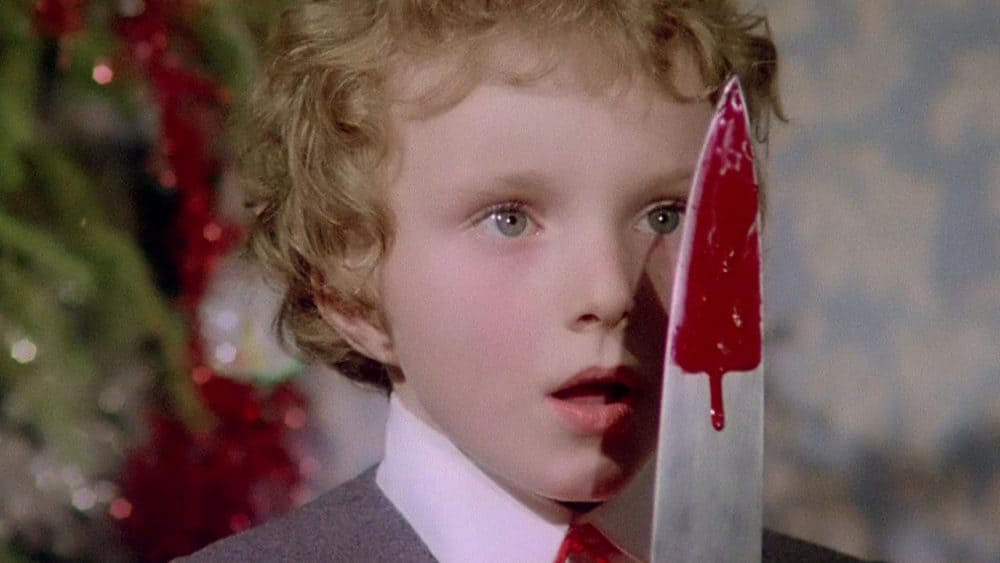 The same could not be said for the rest of the world, however, where the idea of home-grown killers that were virtually indistinguishable from one’s friends and neighbors was too good a prospect to pass up.  The Italians practically threw themselves at the idea, inventing an entirely new and uniquely European genre of horror: the giallo film.

Meaning “yellow” in Italian and calling back to the yellow covers that typified trashy, dime store pulp novels, the rise and fall of the giallo directly connects the proto-slashers of the 1960s with the actual slashers of the 1980s.  Playing out as equal parts mystery film and horror film, the genre remains popular among horror fans for the way that it shores up the weaknesses of its component genres: giving the slasher half of the film more robust plotting and characters as they try to work through the identity of the killer, in turn making the mystery half far more exciting by detailing the lavish, stylized and graphic violence that the murderer inflicts on his (or her) victims.  While these films proved monstrously popular in Italy and elsewhere, being produced by a veritable who’s who of Italian directors, two legendary filmmakers quickly rose to the top of the heap: Mario Bava and Dario Argento. 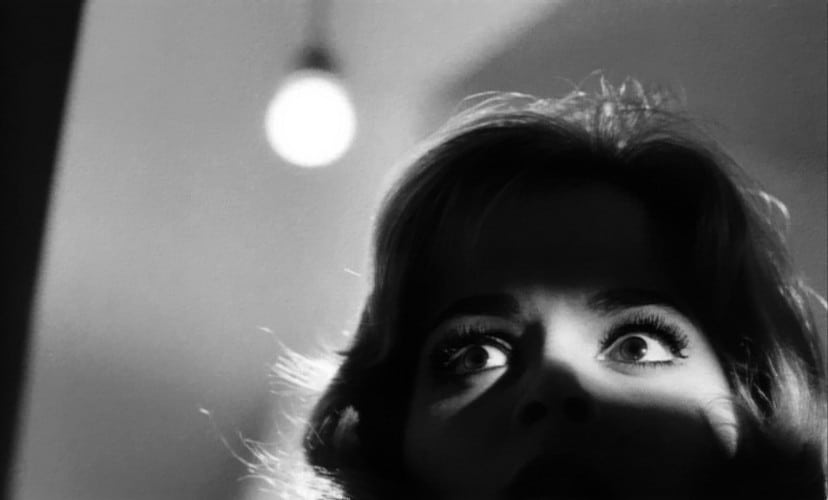 A noted cinematographer before getting his start helming pictures for himself, Bava’s debut feature, 1957’s The Vampires, is viewed today has perhaps the very first Italian horror film (a genre first pioneered by the French, then popularized by American production company Universal in the 1920s and 1930s).  A few years later, in 1963, he directed what is now considered the first giallo film, The Girl Who Knew Too Much, which follows a young woman who witnesses a murder in Rome, and becomes increasingly entangled in the plot when the police refuse to believe her.  Blood and Black Lace (1964), produced a year later and currently streamable on Shudder, details a mysterious string of murders surrounding a modeling academy and the contents of one of the girls diary.  Kill, Baby… Kill! (1966) is considered by many (and no less than director Martin Scorsese himself) to be Bava’s masterpiece and Bay of Blood (1971) was one of the giallo directly imitated by Friday the 13th Part 2 (1981) a decade later.

For as much as I love Bava, however, Dario Argento has always been a bit more my speed.  Preferring elaborately staged and beautifully photographed kills over everything else, his are among the most gorgeous (to say nothing of macabre) stories ever committed to film.  He began his directing career with the famous Animal Trilogy, three giallo — The Bird with the Crystal Plumage (1970), The Cat o’ Nine Tails (1971) and Four Flies on Grey Velvet (1971) — that brought the genre into an even more hyper-stylized realm than it had been during the mid-to-late sixties.  His best film by far (yes, even better than his much-lauded Suspiria (1977), which is to be remade later this year) is Deep Red (1975), which details a grisly murder spree born from the sins of the past. 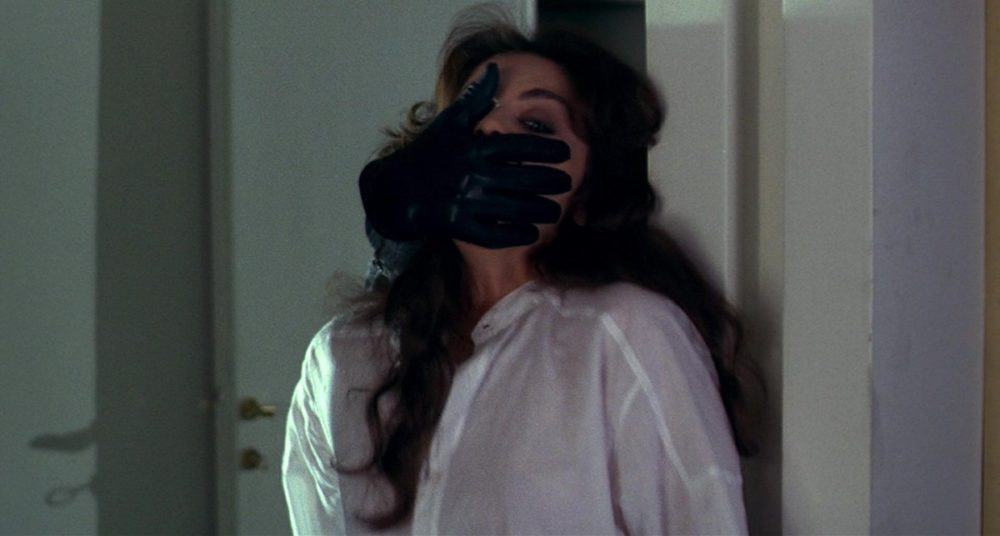 Tenebrae (1982), which translates into English as “Darkness,” meta-textually addresses the common complaints levied against Argento and his ilk: namely that their films are too violent and sexist in their graphic depictions of brutalized and murdered women.  Following a famous giallo author amidst the press tour for his most recent publication, he is approached by the police when a serial killer begins murdering people in the exact fashion described by in his book (with one woman having pages from the book itself stuffed down her throat).  Yes, it’s basically the plot of the TV show Castle, only with a Hell or a lot more gore and averaging a new murder every ten minutes (a career best).

It’s a dark, cerebral swan-song for the genre, which began to recede from the public view in the early 1980s due to the success of the emerging American slasher genre.  Many American films directly aped the aesthetic developed in the giallo genre and quickly scrapped the mystery elements in favor of even more murderous mayhem (all of which could be accomplished are far smaller budgets to the tune of much higher profits).  And with more than 200 slasher movies produced between 1980 and 1989, there just wasn’t a market for giallo films to compete in.  I would be remiss, however, if I didn’t at least mention Argento’s Opera (1987), an extremely late in the game entry that features some of the director’s most gruesome set pieces and kills.  A dark update of the seminal Phantom of the Opera (1925), it follows an operatic production of MacBeth, whose star performer is soon targeted by a killer’s malfeasant advances. 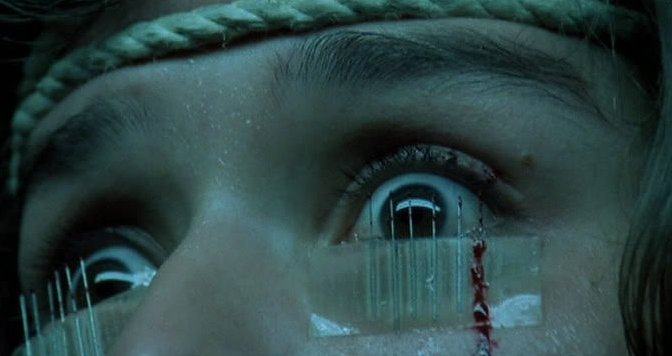 American interest in giallo-esque, serial killer movies began shortly before Halloween took the world by storm, however.  The Canadian film Black Christmas (1974), directed by future A Christmas Story helmsman Bob Clark, featured all of the tropes and trappings typically associated with slasher films except for one: the Final Girl — the virginal, pure-hearted victim who eventually survives the night, turning the killer’s phallic weapon against them to deadly effect, before retreating into the nightmare of her own mind, haunted by the knowledge of everything that had happened to her friends who couldn’t escape the killer’s blade.  Also notable is just how fleshed-out and developed the sorority sisters of the film (its principle cast) are relative to the increasingly shallow and hedonistic depictions of many slasher characters in the films which followed it in the following decade.  Interestingly enough, Clark went so far as to say that he pitched Halloween to John Carpenter, who, upon being asked what he would do for a sequel to Black Christmas, said that he would have the killer get caught, institutionalized and escape the next year on Halloween night.

And, naturally, no discussion of slasher films would be complete without the most notable precursor of them all: The Texas Chainsaw Massacre (1974).  Released the same year as Black Christmas, it laid a lot of the groundwork for the films that would eventually coalesce into the modern slasher film.  From its iconic killer (whose identity was no longer a sustained mystery and whose instantly recognizable attire and grizzly dispatchment of his victims made him a celebrated icon of horror) to his melee murder weapon (in this case, the titular chainsaw) to the host of teenaged victims caught in the wrong place at the wrong time to how the cannibalistic family gets away in the end, it was the rough blueprint that Halloween would refine a few short year later. 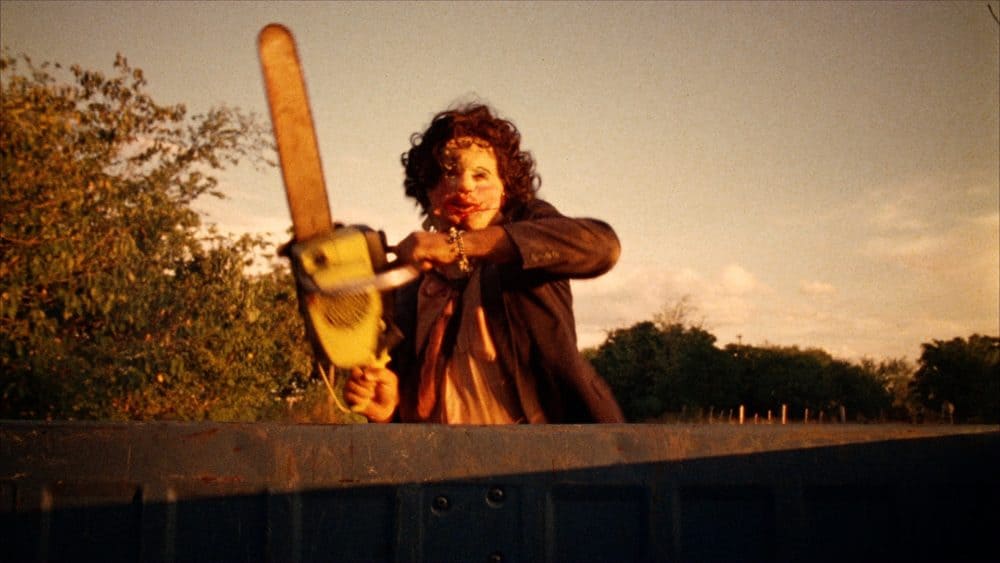 And that, Dear Readers, is how we went from a low-budget Hitchcock thriller to the likes of Leatherface, Michael Meyers, Jason Vorhees and Freddy Krueger: a unique horror cycle in Italy coming home to roost in the American heartland.  Depending on how you trace its aftermath, after the slashercraze died down in the US, many elements of it were repurposed and further developed in the New French Extremity (a decade-long cycle of ultra-violent arthouse horror movies) and has been consistently sprinkled in throughout the greater horror genre in the aughts and 2010s.