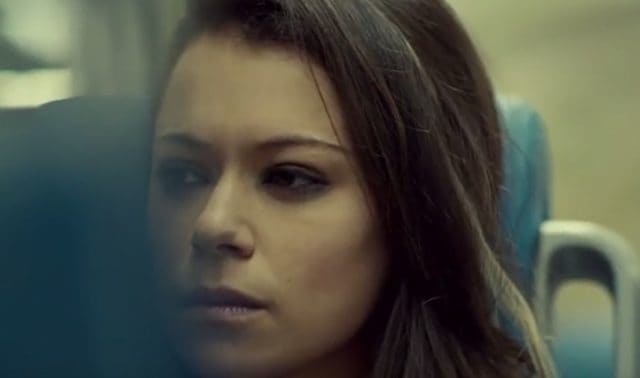 The hit series “Orphan Black” is highly entertaining as the clones take us beyond science. The DYAD laboratories are churning them out and viewers may not know how difficult it is to achieve the seemingly simple scenes that we see on the show. Here are five of the behind the scenes videos that will give you an idea of just how these masters achieve such amazing cinematic effects for the show.

Behind The Scenes of 4 Clone Dance Party

Tatiana and Jordan are featured on this behind the scenes peek at the 4 clone dance party. It presented a bit of a challenge for Tatiana and this was something that she was really stoked about. The crew discusses how technical this scene was to shoot. It involved staying on top of the game and each person had to strategically place themselves in the right place at the right time, although there was a bit of wild dancing taking place. It gives us a good look at how much mental work the crew has to put into the development of each scene shot.

The second leading female, Delphine discusses the strength of the leading ladies in the show. In this scene, Brochu has an exchange with Dr. Aldous Leekie that gives us an example of how complicated the show truly is. Tatiana’s necessity to play multiple characters comes across as being fluid but this is difficult to achieve. We learn more about the lesbian storyline and how Delphine and Cosima are caught up in a confusing situation where the science and love themes are in a battle for top billing. They mysterious force of the DYAD laboratory and the fact that they are literally branding life through the cloning of the characters is what is going on. It’s hard to tell if Delphine is a villain or a good gal.

Hair and Makeup behind the scenes

Stephen Lynch talks about the challenge of performing the art of hair and makeup on the cast. A lot of detail goes into achieving the right look for each character in each scene. Artists show clips while discussing the hows and the whys of the hair and makeup artistry and how it helps in the development of the character. Watch this clip to learn just how important the role of these artists are in making the show come to life through the details of the characters and their presentation.

Now you can find out how the geniuses behind the scenes are able to get the same person into the same frames of the scenes at the same time. Who would have thought that organic movement including touching could happen in the same frame? Find out how they work their magic by watching this clip. It is truly virtual magic. Get the full explanations of how it’s done here.

Aaron Morton gives us a blow by blow description about how they were able to achieve the complicated act of getting all four clones shot in one scene. It is very time consuming and takes a lot of effort to put a dinner party together with 9 people. It was a technical maelstrom that took several days to shoot and required a fair amount of improv genius on the part of Tatiana in her four parts as well as the other five crew who were at the table.