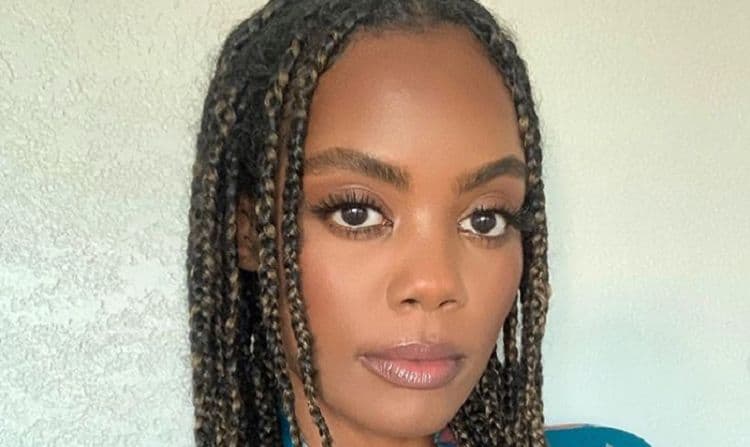 Some believe that if you do not make use of the talents you have, then they will be taken away from you and given to those who need it most. While some are struggling to discover their abilities, others are busy juggling the different gifts they have. Novi Brown describes herself as an actor, writer, storyteller, beauty enthusiast, and natural hair advocate. She has recently come to the limelight after being cast in “Sistas,” and to quench your curiosity about her, here are a few facts.

1. She was forced to embrace natural hair

As much as Novi now appreciates her natural hair and even opines that women with natural hair need to appear more on screen, it was not always the case. Novi was among the many women who loved straightening her hair and maybe adding some extensions. However, one day, when she went to the salon to get her hair cut, the hairdresser did such a bad haircut that Novi decided to be natural. Since then, she is applauded as a natural hair advocate, and she leads by example.

2. How she became a photographer

As a black woman, Novi confesses that she had to work with makeup artists who either did not know how to handle her hair or were not equipped with the right foundation tone for her skin color. Photographers made it even more infuriating for Novi since they did not know how to light varied skin tones. Novi decided to be all-rounded by taking matters in her own hands. Therefore she began taking pictures of herself since no photographer was yet to capture her as she saw herself. She also practiced on others using her modeling experience as a platform to perfect her photography skills. She now boasts of shooting beautiful images while teaching her clients how to use their bodies more fluidly, according to her interview with Voyagela.

3. She had mental negativity

It is hard to believe that the outspoken woman who is championing for black women to embrace their natural look suffered from mental negativity. Still, everyone has that experience that changes them for the better. Ebony revealed that as she was falling in love with her partner, she used to sabotage herself. As published on BET, Ebony kept asking herself why and how the man loved her. However, after seeing that her partner had his way of loving her by paying her rent and surprising her at work, she stopped the self-sabotaging behavior.

4. “Sistas” is her first series to appear as a regular cast

Novi has made appearances in more than 15 productions ranging from feature films to short films. However, this is the first time she will be getting a regular role in a series titled “Sistas.” In the drama, Novi acts as Sabrina Hollins, a bank teller who agrees to go out with her customer despite having reservations. She is the best friend one could ask for since she is the supportive one in the group of four friends and always seeks to maintain peace.

Novi attended the City College in New York (CCNY) to get her undergraduate degree in Fine Arts. In 2011, the actress graduated Magna Cum Laude, which only goes to show how smart she is. Besides, the fact that she was accepted in the institution was already proof of her not just being a pretty face. CCNY has an average GPA of 3.5, which makes it strongly competitive. The school’s most notable alumni in the acting industry include Judd Seymour Hirsch and Gabourey Sidibe. You will also be thrilled to learn that the famous Abraham Maslow, who introduced the hierarchy of needs, went to the school.

According to Novi Brown, Novi has had several theater experiences through plays like “The Vagina Monologues.” The play was in the 90s, but even almost two decades later, it was still applauded as one that has a significant impact throughout the world. It focused on anything sexual, including vagina care, sex work, reproduction, genital mutilation, among other issues. She also has been in “Dutchman,” which was first performed in 1964 but was revived in 2007 and restaged in 2017. Novi further showcased her theater prowess through “Boston Marriage,” which premiered in 1999.

7. She was born in Berlin, Germany

They say a prophet is never respected in his village, and maybe that is why most people move from their homes to seek fame elsewhere. Novi was born in Berlin and spent the first years of life between the US and Germany. She joins the list of other famous actors who were born outside of America but have become Hollywood stars. Keanu Reeves, for instance, was born in Beirut, Lebanon, while Emma Watson was born in Paris, France. Even Lupita Nyong’o who most people believe was born in Kenya has her actual birthplace as Mexico City according to Ranker.

8. How she connects with other artists

Contrary to popular belief that an artist’s life can be lonely, Novi always goes out to meet new people. She takes every chance to talk about her work, whether it is in a bar or party since she believes that one should not be shy of her art.

Novi is not the kind of person to sit back, believing that good things come to those who wait. Instead, she goes out to make her luck since great things come to those who do not wait. Therefore even when she began modeling, she did not settle on getting that paycheck alone. Novi went on to work in nightclubs while at the same time gaining some acting knowledge from The City College of New York.

10. She thinks makeup artists do not respect black women

Black women have for long fought to be seen and heard, not just in the entertainment industry but in other sectors as well. Even today, a black person winning anything is quite an achievement with the example of Viola Davis, who is celebrated for being the first black woman to bag the Primetime Emmy Award. Novi, however, feels that makeup artists do not respect black women. Matter of fact is they do not bother with getting the right products to cater to various skin colors and hair types that black women have.