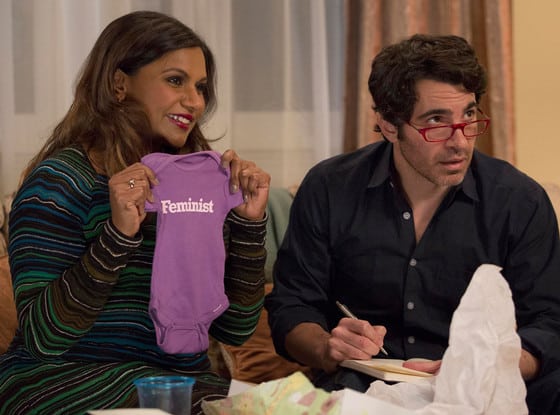 Hinging a lot of faith on a Season 4 renewal, The Mindy Project wrapped its third season last night with an unexpected cliffhanger.  Making your core couple question their future is a risky move that should ultimately pay off if we are so blessed to receive a fourth season.

Let’s get into it because this was a packed half hour.  Peter and Lauren’s wedding is fast approaching, and he pays his former co-workers a visit in New York.  It turns out his frat brother Pube fell through as his best man after an unfortunate bachelor party from the sounds of it.  He asks Mindy if she would be so honored to be his best man, which she absolutely accepts.  While still in town, Peter also tries to smooth things over with Jeremy since he had yet to RSVP.  Peter really shouldn’t have pushed the issue with Jeremy, given how he’s marrying his ex-girlfriend after all, but it worked out in the end.  When Mindy was told she couldn’t fly due to her preeclampsia, Jeremy filled in as best man.  Morgan believed he should’ve been picked over everyone else, but even he couldn’t deny the chemistry between Peter and Jeremy as they performed their best man dance at the ceremony.

Aside from the silly wedding preparations, some serious developments came up in Mindy and Danny’s relationship at an unfortunate time.  It felt weird to throw so much pressure into this season finale when they’ve had all season to drop references about Mindy’s parents every so often.  Not to mention the marriage talk that really struck a blow.  There’s no question whether or not Mindy and Danny love each other now, but their future is as rocky as ever.  They have a baby on the way, and yet Danny’s never even met Mindy’s parents.  Apparently, they only live in Boston, a train or plane ride away, until now when they’re moving to India for a year.  Mindy invites Danny to their going away party, but he makes every excuse not to go.  Mindy doesn’t push the issue any further when she senses his hesitation, but she had every right to.

I honestly don’t know who I’m more mad at: Mindy or Danny.  Mindy admits to Peter that she never told her parents about Danny yet.  Of course, they may know him as her co-worker, but not as her boyfriend or father of her child.  That’s where the whole crazy misunderstanding of the baby’s paternity comes into play, causing Morgan to crash Mindy’s baby shower with a few of her ex-boyfriends to identify the real father.  Like I said, there was so much happening in this episode!  A baby shower, the parade of exes, Morgan’s ridiculous Bachelor impression with a rose for Mindy to hand to the baby daddy.  Plus, Annette and Dot in matching (reversible) vests threw the baby shower, so you know it was a real party.

It was actually at the baby shower where all their lies and true feelings came out.  Mindy honestly told Danny about why her parents don’t know about him:  she was never sure of his commitment.  Now, he made that doubt in her mind even worse by blurting out that he doesn’t know if he ever wants to get married.  When Mindy cries, I cry.  I can’t help it.  She’s always so tough and confident in herself, so whenever someone can break her that much, it really feels personal.  Did Danny really think that their baby shower was the right time to blurt out that he doesn’t know if they’ll ever get married?  He knows Mindy is the biggest romantic around, as even Annette points out.  Interestingly, Annette might be the one who changed Danny’s mind.  I don’t know how I feel about that, though.  Sure, she shouldn’t necessarily blame herself entirely for Danny’s outlook on marriage.  He already has one failed marriage under his belt, after growing up without his own father.  It makes perfect sense from that perspective why he wouldn’t want to rush into a marriage.  Yet Annette wisely observes that maybe they both just chose the wrong people to marry.  Obviously, Mindy desperately wants that happy ending for herself, and seeing her break down into tears over the realization and hurt that she might never be able to experience it should have been enough of a sign for Danny to apologize to her right on the spot.

Instead, it’s assumed they put the issue at rest while he travels to Austin for Peter’s wedding.  In reality, he’s taking a much longer flight to India to introduce himself to Mindy’s parents.  Wow.  She certainly had months before this to find the right time and way to tell her parents about Danny.  I really don’t know what to expect from his big gesture in flying across the world to finally meet his girlfriend’s parents.  Is he also going to get their permission to marry her?  But then again, is this a good first impression?  Mindy couldn’t bring herself to send an email to them with the truth about Danny.  Interestingly enough, she referenced Danny as the best man she’s ever dated so the episode title has a subtle second meaning there.

Either way, this whole situation is sticky and unfortunate.  Mindy was testing the waters of his commitment to her, and it turns out she may have been right to trust her gut.  Only now instead of him owning up to his regrets when he saw how upset she was in person, he’s going all out with the intention of meeting her parents no matter the distance.  One thing I can respect is their ability to be completely honest with each other for once rather than continue a charade of games that could only make life more awkward if they continued to avoid such important conversations.

-”If your heart is filled with lies, it makes it difficult for your feet to be filled with dance.” -Peter

-”I want you to love me in a way that I can show on Instagram because that’s what I’m like.  It’s not weird to want your boyfriend to get down on one knee, and to meet your parents, and to get you a ring.” -Mindy

On the whole, this season of The Mindy Project has been a blast.  I’ve loved reviewing it because I can’t say that many shows make me laugh out loud as much as this crew does consistently.  When they can also bring me to tears in any given week, that’s just a bonus.  Here’s to hoping we get a fourth season because there’s still so much to be resolved.  Most importantly, we need to meet Baby Castellano! 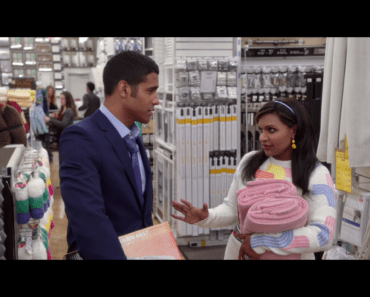 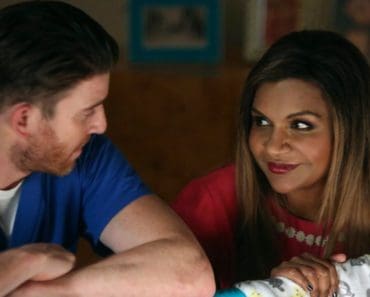 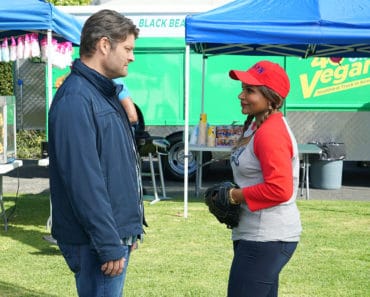 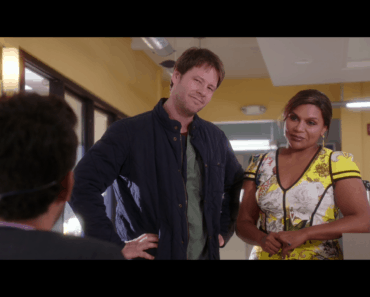 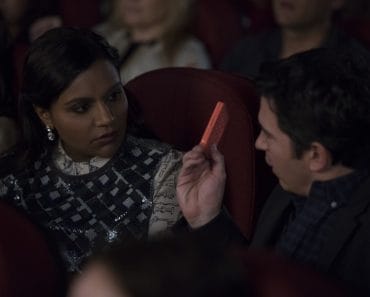 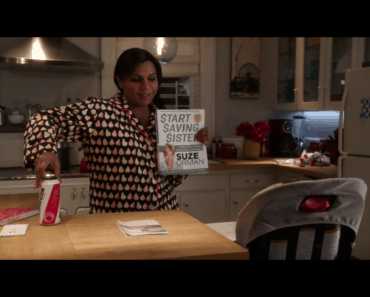