Home
Movies
Are the MCU’s Collector and Grandmaster Celestials Like Ego? 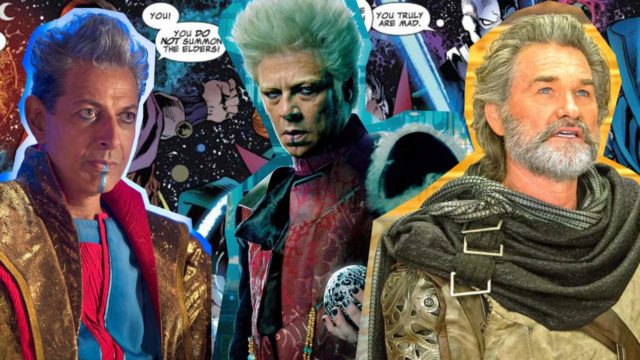 Between Thor, Guardians of the Galaxy and Doctor Strange, Marvel has fully embraced all the weird, cosmic stuff that was once considered too ‘out there’ for even the comics.  From unpronounceable magical artifacts to the flesh-and-blood Norse pantheon, nothing seems off the table for the MCU.

One of the strangest additions to the Marvel Cinematic Universe was Ego the Living Planet from this summer’s Guardians of the Galaxy Vol. 2.  Even I had my doubts about this one.  Ego’s role in everything I had ever seen him in was always to either A) fight something really, really big or B) get a cheap laugh in at the idea of Marvel’s straight-jawed heroes wading knee deep in Ego’s snot as they try to beeline it to his brain from his surface. 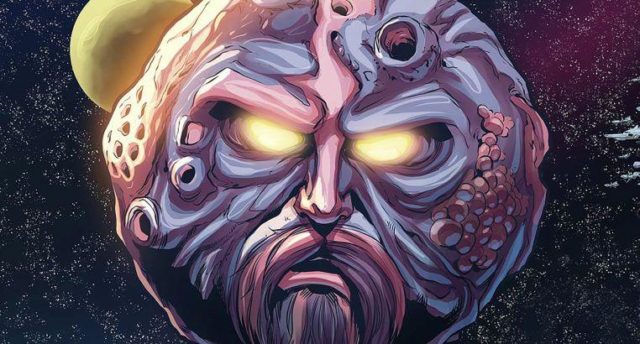 Thanks to James Gunn and some ground-up reimagining of the character, they created what might ultimately turn out to be the MCU’s best villain.  Rather than just being what his name implies — a sapient planet that’s functionally a giant head — he is a Celestial: an ancient, virtually omnipotent alien that shaped the early years of the universe.  While the crusty nugget of Ego was nestled deep under his rocky surface, a humanoid avatar gave him a physical presence within the action and a material form for a pissed off Starlord to pound into dust.

In the comics, however, Ego wasn’t just a rogue cosmic entity, roving through the universe in search of superheroes to menace.  He was actually a member of the Elders of the Universe: a collection of ancient, virtually omnipotent, alien species, each the last of their kind.

The thing is, however, that we’ve seen other Elders of the Universe already in the MCU.  The Collector, first seen in Thor: The Dark Side, was the one who hired Gamora to bring him the Power Stone in the first Guardians of the Galaxy.  Another, The Grandmaster, is set to appear in Thor: Ragnarok later this year.

Given all of the work Marvel has put in to reimagining Ego, I can’t help but believe that they have done the same to the other Elders of the Universe.  And given the central role celestials now play in the franchise — between Egos attempts to remake the cosmos in his image and Knowhere, the Guardians of the Galaxy’s base of operations, being built out of a hollowed-out Celestial skull — odds are pretty good that Marvel isn’t done with them yet.

Based on what we know and can guess at this point, I have to believe that both the Collector and the Grandmaster — and any other Elders that Marvel sees fit to include in future movies — are also Celestials: the last of their kind, hiding in plain sight among the other species of the universe, walking among the lesser races in avatars of solid energy.  It would tie perfectly into the canon as already established and preemptively kill the need to explain each new character as they’re introduced in the franchise.

They’re Celestials.  We’ve seen them before.  We know what they can do. 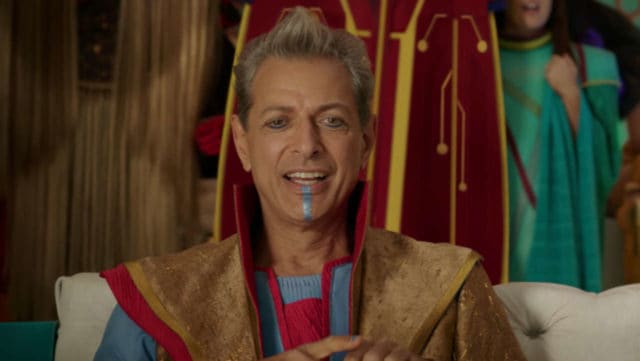 It would explain their immense powers relative to the weaker species that scurry about the cosmos, as well as they’re positions of power among them.  It would even explain any future interactions that they would have with the Guardians of the Galaxy; they would naturally want to meet the men and women who took down one of their own.

Of the remaining unconfirmed theories in the MCU, this is unquestionably my favorite: a perfect way to tie off the strangest cosmic characters and occurrences in the film franchise that increasingly leans into the bizarre.  And we might get our answer when Thor: Ragnarok releases this November.