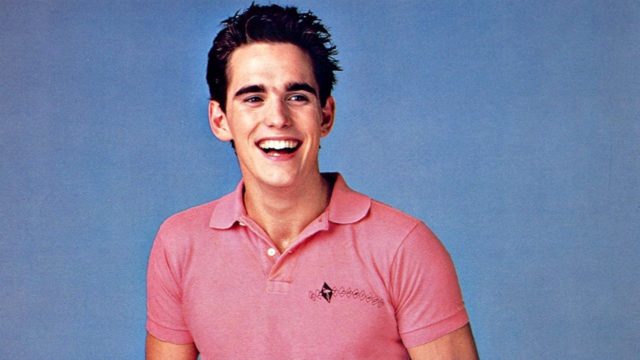 Matt Dillon was at one time a very hot name in film industry back in the day. Some might even argue that he still is, but the truth is that he’s nowhere near as popular as he used to be, at least not in the same capacity. Back when he was still young and had a lot of potential yet to explore he was a dominant personality in the film industry and didn’t need a whole lot of help to make himself look good. He was the bad boy that could rule a film with just a look and a few words, and plenty of attitude. As he grew older that attitude began to change and develop a mature streak that, for a while at least, was considered quite attractive. The point however is that he managed to elevate his own career without the help of anyone else and without having to rely on a lot of his costars to bolster him at key points. He created himself for the most part and didn’t need to be part of a group that was notorious for starring in similar films. In the 1980’s movie scene there was a group of young actors that were well known for starring in the same kind of movies. They were called the Brat Pack as a play on the infamous Rat Pack that was headed by Frank Sinatra, and they were some of the most popular young actors around in their time.

Matt managed to work with a lot of them at one point or another but he was never considered to be one of them since he didn’t fall in with the group. There’s no doubt that he managed to get along with a lot o them but as far as being one of their number went he was just fine on his own and had a career that was all his and could be attributed to the shared success of no one. Back in the day he was simply one of the best, a popular, handsome face and a personality that shone forth like few others could. With films such as The Outsiders, Rumblefish, Drugstore Cowboy, and many others he was the kind of guy you expected to be willing to take on all comers and yet be so smooth and relaxed that it seemed like nothing could get to him. Yet for all that there was more than a hint of violence beneath those calm eyes as he could flip on a dime when he needed to.

A lot of times his popularity was due to the fact that his characters were always ready to rumble with just about anyone. As much as he was known for his looks he was known as a tough guy as well and didn’t make any bones about it. He accepted the role he was given and took it to a new level that wasn’t expected by anyone. The great part about this is that Dillon was the only guy that could do it in such a way that you didn’t see it coming. His calm facade wouldn’t slip until it was time to really get into the thick of things. Then it was too late for anything other than the violence that would come. This is part of what made him such a big star in the eyes of so many, he was a sensitive person, gruff but still calm enough to be counted as something that thought before he did things. But in only seconds he could throw down and things would go off the rails.

Another thing that has to be remembered during his rise and reign in the 80’s is that Dillon would display his youthful innocence and he would lose it in the same decade. When Drugstore Cowboy came along he easily shed that last vestige of adolescence without hesitation as he stepped into a role that was far more aggressive than anything he’d done to date. His status as a sex symbol was firmly written at that point, but his reputation as an adult character that had finally left his boyhood behind finally came about and people were unsure what to do for a short time. They were used to a Matt Dillon that was charming, funny, and completely endearing in the manner they desired. What replaced him was a different animal that was far more violent, smoldered a lot more, and was far more apt to so something rash when he had to. This was a different Dillon despite being the same man, and people had to get used to it. That could be why his popularity took a huge dip for a while, but it could have also been a number of other reasons as well. All that’s known is that in the 80’s, Matt Dillon was one of the boy kings that could have risen to the greatest of heights.