Home
Entertainment
Making The Argument For A Darkman Reboot 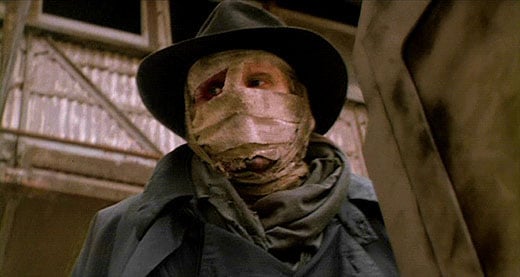 We have seen a clear fire igniting that is the super hero film industry, with Marvel and DC Comics franchises lifting off by creating live action films centered around the famed superheroes from times past. However, long before the age of the millennial era, a different type of superhero was portrayed in film, and that was Darkman. The 1990 film that we are referring to was created by Sam Raimi, who came up with a character who had more of that crazed and psychotic feel to it. Although ‘Darkman’ didn’t quite take off during its time in the spotlight, there is potential that a new rebooted film about the hero may come about with the high rise in interests surrounding hero films nowadays. We are here to talk about what makes this idea such a possibility in the industry today, and why it may just be the next blockbuster hit to come if it happens.

It is little known to many that without Sam Raimi, we may not have the superhero franchise movies that we are seeing in the past years. That’s right. Sam Raimi is the man behind the original Spider-Man films that sparked the revolution that is franchise today, and it is clear to see that Sam Raimi took a completely different approach to the Spider-Man films than with that of ‘Darkman’, and that is a great reason why it is time for Sam Raimi to take a new approach to the forgotten character.

Why ‘Darkman’ Is So Compelling

The most recent superhero films that we have seen in the years that they have come to be have ultimately taken the same approach, of course, following the comics that inspired them. They are heroes; Good looking, strong, life saving heroes taking on the troubles of their worlds, and so on. What is so compelling about the Darkman character that was created by Raimi is that he was different from all of those typical heroes that we think. He was a dark character, taking on the role of a mad scientist who was badly scarred, someone who was misunderstood by the rest of the world. In other words, Darkman was that of a freak, which Raimi was often drawn to back during that time period. We think that a new ‘Darkman’ hero film would be just the diversity that the franchise needs to stay relevant, and to make audiences see a different perspective in how a hero can act and look.

Either way we look at the argument, it is clear to see that fans and audiences all over the world are loving the idea of all of these reboots coming to life. They like to see a different take on characters, on stories in general, and love that the entertainment industry is taking the initiative to make these films more relevant to today as well. Although there is no clear talk about the 1990 ‘Darkman’ film being rebooted anytime soon, we still find it to be a valid argument as it would make for an amazing character for new audiences to see. Only time will tell.