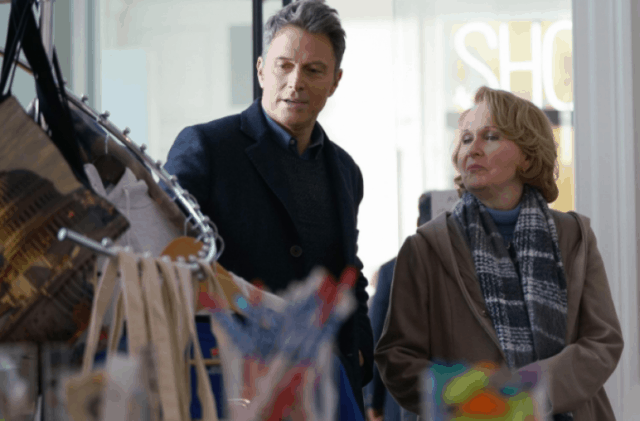 A leader, whether newly appointed or have been in office for some time, needs to be able to handle pressure. To be able to make tough calls when a crisis occurs. To reassure the public that they needn’t fear because they will do what it takes to resolve the situation. In this week’s episode of Madam Secretary, a crisis requires resolution. The question is, will the leaders rise to the occasion?

The flashbacks to President Dalton’s days running for governor were insightful to a degree. However, it deters a bit from the overall narrative. Yes, it conveys Dalton’s doubts about returning to office, and potentially going through the same thing that his brother did, but what John Dalton had has nothing to do with the president’s brain tumor. That, and the possibility of them reoccurring.

With regards to the humanitarian crisis in Myanmar, though the writers did an excellent job with shining a light on the issue, the reality is that the sanctions that were implemented have yet to yield any results. The inspiring speech that President Khaing gave toward the end of the episode is indeed persuasive, but I remain skeptical. Words can only do so much as it is up to us to decide to take action and create positive change in the world. I applaud the show for the UNICEF plug during the credits. I do not, however, condone the cheering that followed. It undermines the message about donating to the organization and the UNHCR.

I would also like to applaud Acting President Hurst. Despite her reluctance to agree to perform a drone surveillance of the crisis, she still made the call. At least she tried to handle things from a diplomatic perspective, as President Dalton would have done, before exploring military options.

Circling back to Dalton, the president finally thought things through and decides to return to office. He brought his brother John along to the White House before sitting down to sign the letter from Congress. The pep talk he gave President Khaing must have helped to some extent. That, and the words that the First Lady said to him while they were strolling through Camp David. Welcome back, Mr. President!

I’m glad to see Henry and his sister Maureen get along a lot better. Aside from their heated argument in the restaurant, it’s nice to know that they still care about each other. Even if it was Alison, who greased the wheels with gifting her aunt with a deck of cards from the gift shop at the art gallery.

Russell Jackson with a comb-over reminds me of Jeremy Irons. Not sure if the rest of you see the resemblance, but it’s there.

Shame President Khaing never got his Presidential Medal of Freedom. Perhaps the next time he visits he will be able to earn it.

The Beatle’s song Here Comes the Sun playing as Dalton signs the letter from Congress. Awesome!

“We all have family issues that keep us up at night. Stop trying to be your idea of a politician. Be you.” – Russell Jackson

Elizabeth is torn about awarding the Presidential Medal of Freedom to President Khaing when a crisis arises in Myanmar. President Dalton doubts his ability to return to office despite being cleared by his doctor. Henry’s sister Maureen also visits in this week’s episode of Madam Secretary.