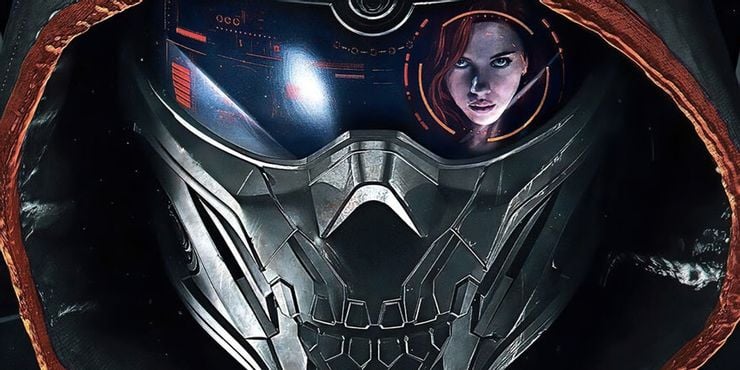 Anytime a fight includes someone that has a power that can strike from a distance or is so incredibly powerful, it’s easy to assume that the distance fighter is going to take it so long as the other fighter isn’t someone that knows how to counter such attacks and get around them. This particular fight would be kind of interesting to think about since not only is it between two highly-skilled individuals, it’s one of those that could swing in the favor of one combatant very easily if he were to realize the danger that the other combatant could represent if there was any need to limit himself in any way. There’s no doubt that Luke Skywalker in his prime, armed with the Force and his lightsaber, could take down Taskmaster with barely a thought. But keeping the fight on an even playing field, and using only mundane weaponry, meaning no use of the Force, could be kind of interesting. While we’ve seen in the MCU that Taskmaster was turned into the daughter of the main villain in Black Widow who was believed to have died, this doesn’t change the fact that she is extremely deadly with multiple weapons and fighting styles she’s been trained in.

This might be enough to allow her to keep pace with Luke since the fact is that he’s still a skilled fighter, but without the use of the Force it’s very likely that he’ll tire eventually, and it’s even possible that Taskmaster will be able to copy his style and anticipate his movements. That’s still a bit of a bold claim since the two individuals are very different characters that have been through vastly different life experiences, and have been molded by them. Still, Taskmaster’s one big gimmick is the ability to mimic any fighting style that’s been seen and do so with lethal precision. The one thing that the character can’t do however is reproduce powers, since that would make her an unstoppable force that a lot of heroes likely couldn’t take down.

The concept of putting a lightsaber in the hands of Taskmaster is kind of interesting since some folks happen to think that at this point, Luke’s life would be measured in instants since if Taskmaster figured him out and copied his fighting style there would be no way that Luke could win. This is, unfortunately, a serious lack of respect toward Skywalker since the master Jedi has been through training and life experiences that Taskmaster knows nothing about, though Taskmaster has also been hardened by more than a few experiences that have turned her into a reliable killing machine. But one has to remember that in the Black Widow movie, Taskmaster still had a tough time putting Red Guardian down since his resilience proved to be one of his greatest assets. Luke might not be a seriously muscular individual that can toss people around, but he’s learned over the years how to handle those that are imposing and are likely far stronger than he is. But then, this is where we get into the use of the Force.

This fight is far more even when it comes to the exclusion of the Force, since without it, Luke is still a skilled fighter and someone that is constantly thinking of how to use the battlefield to his advantage. Taskmaster is a thinker as well, but despite being able to cycle through one fighting style to another, it feels as though Luke would be able to see this happening and would find a way to trip Taskmaster up just a bit. But if we’re going to add the Force into the mix, then Taskmaster is down, over and done with before she can even get close to Luke. Even with his lightsaber in hand it’s fair to say that if Taskmaster is given a blade that she wouldn’t find it quite as easy to dispatch Luke, since as some have gone on to speculate, Luke is more than a little adept at observing and learning the movements of an opponent as well. He might not be quite as skilled as Taskmaster in this manner, but one has to remember that Luke became a Jedi in a time when the Jedi Order had been eradicated, and he had to learn a lot of what he knows on his own.

The point is that while Taskmaster was trained and learned a great deal throughout her life, Luke had to exert a serious amount of self-discipline that helped to guide him down the past toward becoming a Jedi Master. There’s a lot of skill between these two combatants, and it’s fair to state that it would be a good fight and one that wouldn’t be over quickly, unless Luke was in a hurry and needed it to be. One quick application of the Force would be enough, but a duel would last for a while no doubt.