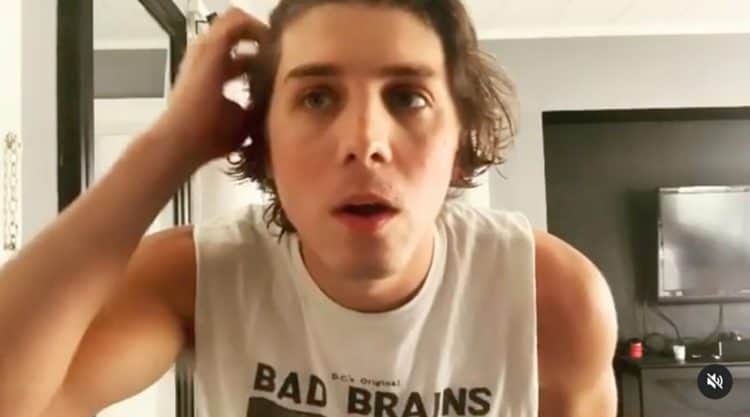 In case you don’t know Lukas Gage, you might find yourself familiar with him sooner rather than later. He’s the actor who just called out a well-known director for his insensitive comments made about his own life and living arrangements, and it was on video and posted to Twitter. The actor was auditioning for a role via Zoom over the summer when the director thought this voice was muted. He made a comment about “these poor people,” and their small homes, and he was not on mute. He’s already apologized, and he’s done so again, but now people want to know more about the actor.

1. He is from California

He was born in San Diego, and he moved to Encinitas when he was a child. That’s where he was raised. He’s a child who got to go to film camp every summer during his childhood. He also went to the San Dieguito Academy in Encinitas. He loved acting for a long time, and it shows.

The job we are referring to is the one in which he posted the video of himself being criticized online. It worked out for him, though, because he was able to take on another job. This new job was offered to him, and he took it. He took it all the way to Hawaii to work with Molly Shannon, and that’s kind of cool.

3. He Knows Hollywood is Tough

He is a man who is happy to open up about how difficult things can be. He’s learned that there are plenty of no’s and that you just have to keep on moving on and on and hoping to do better the next time. He knows that there is no such thing as being right for every role, but it’s a constant stream of next in his life.

He’s not going to wait around for people to write stories that are made for him when he can write his own. Lukas Gage has been writing his own stories and work for some time now, and he’s going to take some action in that line of work, too.

5. He Decided to Act After Being Assaulted

When he was 18, he was assaulted badly. He and his friend were at a party when someone decided to attack his friend because he was gay. He jumped in to protect his friend and ended up with many injuries. His nose was broken, eight of his teeth came out, and his jaw was broken. He was lying in the hospital when he realized that if he didn’t do what he wanted to do in his life, he’d die without accomplishing his dreams.

When he made the decision to begin acting, he did so with a commercial success. He was a teenage boy who was known for acting in wart removal commercials, and there is nothing funnier than that. He knew that it wasn’t ideal, but it was hilarious.

8. He Loves to Travel

We aren’t sure if his travel is work-related or if it is just for fun, but he is a young man who loves to travel. He can be seen all over the world on his social media account. From Mexico to Prague to the Netherlands, there doesn’t appear to be anywhere he’s not spent a little time in the last few years. We have a feeling the pandemic is hurting his style.

One thing we can say about Lukas Gage is that he has a hilarious sense of humor. He had a great response when he caught his potential director boss talking smack about his apartment. He said he knows it’s not the best situation but that if he gets this job, perhaps he can afford something a little more awesome.