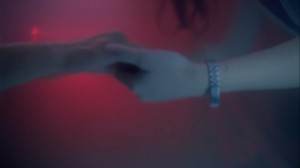 If you haven’t watched the most recent episode of LOST, “The Candidate,” you should know better than to continue reading past this sentence. The episode was one of the shocking of possibly all time, featuring not one main character death, but at least 3 (and possibly 4 — I’m still holding out for Frank). The other three characters — season one alumni, were Sayid, Sun, and Jin, three fan favorites who died absolutely sad and heartbreaking deaths.

But they weren’t the first to die on the Island, and they certainly won’t be the last. But before we get into that final stretch of killings that will occur over the next three episodes, let’s take a look back at eight more deaths that completely knocked us out of our chairs and made our hearts stop in our chests. We’ll start with what we’ve deemed the eighth most shocking death and move forward until we reach the  number one. Hang on to your hats, people. It’s going to be a sad ride. 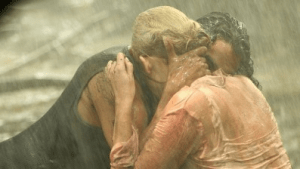 You know, it’s interesting. Fans have felt so apathetic about Shannon that it’s interesting to think that she’s the one of the only characters who has been mourned for more than a couple of episodes. After her brother Boone’s death in season one, Shannon entered season two as a scared, mournful woman who took comfort in the arms of Sayid Jarrah. The two had developed a relationship over the latter half of the first season, and had even been off on a romantic getaway to another beach when Boone died. Sayid had found someone whom he could love after coming to terms with the fact that he would probably never see Nadia again.

And then she was taken away from him six episodes into the second season. The Tailies, who had trekked across the jungle in hopes of finding the other survivors, mistook Shannon for an Other, and Ana Lucia Cortez shot her right in the stomach. Rather than adhering to the age-old television principle that stomach shots don’t kill, Shannon died in Sayid’s arms moments later, leaving him distraught and alone, making the character’s season two arc the darkest the character would go through until season six. 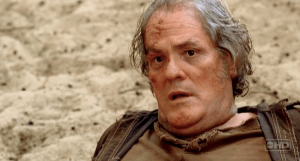 #7 – Tom Friendly, “Through the Looking Glass”

Ah, Mr. Friendly. Bar Ethan, he was the first Other we ever met, and the first Other to seem like he was an okay guy. Though throughout the first two seasons he would occasionally pop up as a malevolent entity (whom Sawyer nicknamed Zeke due to his rustic and unkempt appearance), Tom sort of went through a mini character arc in the third season, when we found out that he was just a nice guy who liked to play football. In fact, we’d even discover that Tom was gay in a season four flashback, adding even more of a layer of realism. We grew fond of Tom — that is, until Sawyer killed him in cold blood.

After the Others’ raid on the beach was foiled by Sawyer, Juliet, and Hurley, Tom fumbled around on the beach for his gun, only to have it taken by Sawyer. As Tom looked up at his captor, claiming to give up, Sawyer shot him right in the chest, later professing to having not believed Tom’s surrender. “That’s for taking the kid off the raft,” Sawyer declared as Tom fell back onto the sand, a shocked look on his face. And that was the same face many of us had. After all, we all got to know Tom as kind of a good guy! He played football with Jack, for cryin’ out loud! 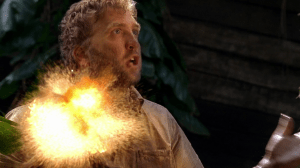 Admit it — your mind immediately went to Arzt when you read the title of this article. Mine did when I was brainstorming. It seemed only appropriate that this guy made the list, no matter how minor he was. That’s because, aside from maybe Frogurt, this character was introduced solely so he could be killed off. The redshirt metaphor that Locke and Boone discussed earlier in the season was epitomized by Arzt, who memorably ended his annoying life while handling dynamite and scolding others for not handling the boomsticks carefully enough.

Of course, Arzt would reappear in other episodes of the series, including his most recent appearance in “Dr. Linus.” However, he’ll never do anything as memorable as his fateful detonation (which would in turn inspire Ilana to follow a similar path). 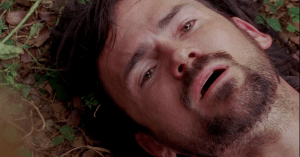 Daniel Faraday was one of my favorite characters, even though his journey was shorter than most. Like many characters introduced after season one, he had a tenure less than two seasons long, during which he became one of the most endearing and lovable characters the show has been created. He even came up with the idea that fundamentally altered the storytelling of the sixth season. But he never saw that plan carried out, as he was shot by his mother very soon after revealing his plan to Jack.

Of course, she didn’t know he was her son. She simply shot him because he came into her camp, swinging his pistol and asking for her. Which, when you think about it, was a little dull on his part. But as he aimed at Richard and told him that he wanted Eloise, he got Eloise — right in the gut. As he fell to the ground, bleeding out, Eloise approached her son, standing over him as he realized that his mother had known she was going to kill him his entire life. She was also faced with this fact, and the episode ended with Daniel’s eyes glazing over with death, and ours with tears. 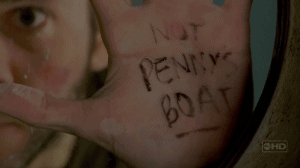 #4 – Charlie Pace, “Through the Looking Glass”

Charlie’s death wouldn’t have been as shocking if we hadn’t thought he’d cheated it for the last time. Desmond had been predicting his death throughout the third season, and it seemed like an inevitability until Charlie surfaced under the Looking Glass and cackled with glee, realizing that he’d survived what he had believed was a fatal task. We believed (or really, really wanted to believe) it too. Everything was looking pretty gleeful as Desmond and Charlie later stood over the bodies of the three Others who had tried to kill them. That is, until one of the Others turned out not to be dead, and blew up a porthole which flooded a room in the underwater station, causing Charlie to drown.

Of course, Charlie could have escaped, but at that point, he realized that death was pretty inevitable for him and shut the door, locking himself in and leaving Desmond to watch in horror as Charlie scrawled his last words onto his hand — “NOT PENNY’S BOAT.” It was one of the most heroic deaths  (if not the most heroic death) on the show, and the only one that has ever made me cry. Maybe I’m just hardhearted. 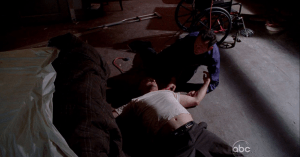 #3 – John Locke, “The Life and Death of Jeremy Bentham”

Now, we knew that Locke was going to die. We had known that ever since “There’s No Place Like Home, Part 3,” when we peeked into the coffin and saw his shiny bald dome on the undertaker’s pillow. But we’d always assumed that he’d find some way to come alive. Especially when we saw the opening moments of “The Life and Death of Jeremy Bentham,” things were looking pretty good for the apparently resurrected John Locke.

Not so fast, sportsfans. The final flashback of the episode was some of the most brutal stuff ever, involving Ben strangling Locke with electrical cords and making it look like a suicide. That was some of the most shocking imagery the show has ever put on the air, and it was still awful even though we thought that Locke would come back to life on the Island. When, in the season five finale, we found out that he actually didn’t, but was replaced by a doppelganger, his death felt even more real, and even more horrific. It’s still the must brutal death of the series, and it befell our very own Man of Faith. 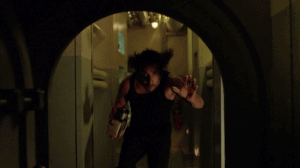 You didn’t really think I’d leave this one off the list, did you? The most recent episode of LOST spelled the end for not one but three original cast members who crashed on the Island in season one. Jin, Sun, and Sayid met their ends in the single bloodiest episode of the series. And it’s all the Man in Black’s fault. The shifty baddie planted a bomb on board the submarine in an attempt to kill all the candidates — and he was partially successful. Sayid, on the upward arc of a downfall/redemption storyline, sacrificed himself to spirit the bomb away to a few doors down on the sub. He was incinerated so immensely that Jack would later declare that there was “no more Sayid.”

But Sayid, despite his heroic sacrifice, wasn’t entirely successful. As you well know, the submarine began to flood from the big hole that he just been breached in its hull, and time was running out for the survivors, who were still hundreds of feet below sea level. Things weren’t helped by the fact that Sun was pinned by some debris. Despite Jin, Sawyer, and Jack’s best efforts to help her out, she remained stuck — forcing Jack and Sawyer to leave to survive and leaving Jin with that one sad choice – to remain with the wife whom he’d only just been reunited with. As the waters rose, they two declared their love for each other, their hands only separating in their sad, sad death. 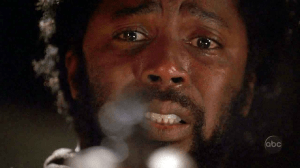 When you say ‘shocking LOST deaths,’ you’d be out of your mind not to remember the most shocking death in the show’s history: Michael’s cold-blooded murders of both Ana Lucia and Libby. He had a goal, that’s for sure – to free Benjamin Linus (then known as Henry Gale) in order to reclaim his kidnapped son, Walt. And he shot them both, one premeditatively and one not so much. Both characters died. While Ana Lucia would go on to fly through Pandora, it was Libby’s death that the audience really felt, through Hurley, who had been hoping to pursue a relationship with her. His grief overwhelmed the rest of the season, and was revisited in episodes like “Tricia Tanaka is Dead” and more recently, “Everybody Loves Hugo.” In fact, the most recent episode reunited Hurley and Libby for a romance in the flash-sideways timeline, though the on-Island Hurley remains alone, still grieving for his lost love. 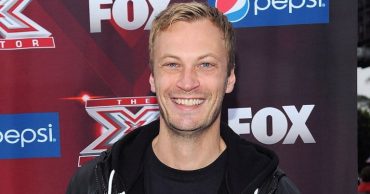 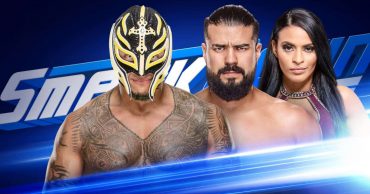 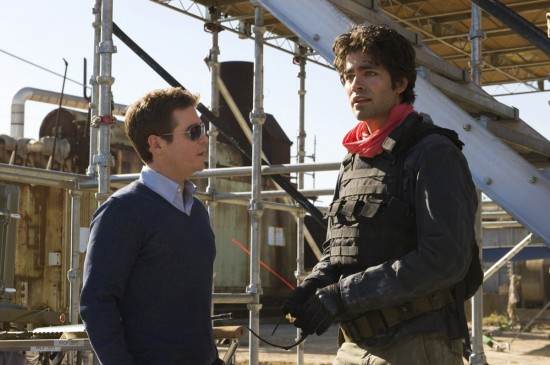 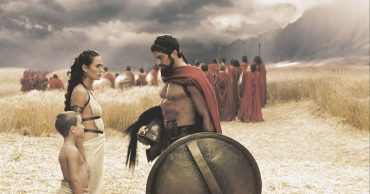 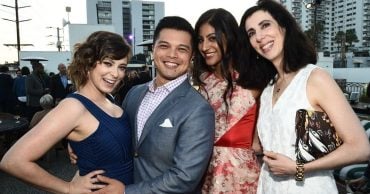 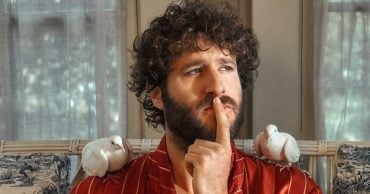