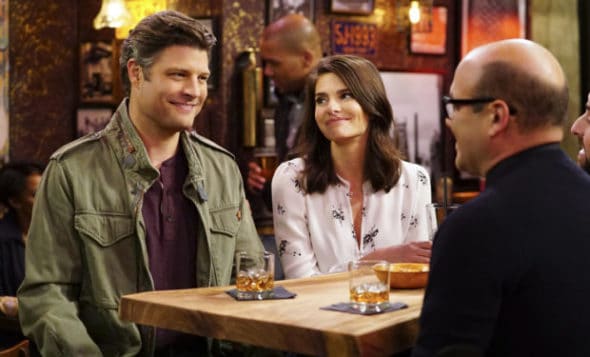 Lindsey Kraft isn’t an actress that everyone is familiar with, but she really should be. Since making her on screen debut in 2003, Lindsey has continued to bring her infectious energy to every role she plays. She’s appeared in dozens of roles and is most well-known for her role as Allison in the sitcom Grace and Frankie. Lindsey has proven that she is the type of actress who can take on any character that comes her way. In addition to her acting career, Lindsey is also a professional model which adds to the depth of her talent. Continue reading for 10 things you didn’t know about Lindsey Kraft.

Lindsey was born and raised on Long Island where she began her modeling career at a young age. Although New York is a great city for entertainers, Lindsey ultimately decided to relocate to Los Angeles where she still lives today.

As much as Lindsey loves being in front of the camera, she also enjoys working behind the scenes. She is a writer who has written scripts for TV and theater. She co-wrote a play called Wedding Bash which won the Samuel French Short Play Festival in 2016. Several of her other plays have also been performed in the Los Angeles area.

3. She Attended The University Of Maryland

Lindsey Kraft attended the University of Maryland although it’s unclear when she graduated or what she studied. Her bio on CBS says that she decided to get into acting after college which suggests she was initially considering a different career path.

4. She Used To Work At A Yoga Studio

Like lots of other actors, Lindsey went through a period where she had to work a ‘regular’ job in order to make ends meet. Before she was able to find consistent work as an actress, she worked at YogaWorks where one of her responsibilities was opening the studio each morning. Luckily, she hasn’t had to work a traditional job in over 10 years.

Acting isn’t Lindsey’s only talent. She is also a singer who loves to share her beautiful voice with her Instagram followers. It doesn’t look like she’s released any music of her own, but that could be something she has in the works.

6. She Loves To Draw

Lindsey Kraft’s creativity extends far beyond acting and singing. She is also a visual artist who enjoys painting and drawing. She refers to herself as a “baby artist” and often shares the pictures she creates on social media.

Lindsey made two guest appearances on Law & Order: SVU – one in 2003 and another in 2011. During an interview with Box Angeles, Lindsey revealed that she once lived for a year off a guest appearance on SVU, although she didn’t specify which appearance this was. She says she was able to do this because the residual income for guest appearances used to be so good that she could depend on that money long after she had completed the project.

8. She Gets Excited For Every Role She Books

Even though Lindsey has earned dozens of roles throughout her career, she is still thankful every time she books a new opportunity. She says that any time she finds out she was cast in a role, she gets as excited as she did the first time she ever got a part. This reaction to being hired goes to show just how humble Lindsey is despite all of the success she’s had.

9. She Modeled For Delias

Lindsey began her modeling career when she was young, and got the opportunity to work with some big brands. She did a modeling campaign for the once popular clothing company, Delias. If you were a pre-teen/teenage girl from the 90s through the early 2000s, you probably have fond memories of shopping for the latest trends in Delias. She also modeled for another company called Alloy which was very popular during the 90s as well.

There are some celebrities who like to share their every move with the public, but Lindsey Kraft isn’t one of them Although she is active on social media and does interviews from time to time, she prefers to keep her personal business out of the media. For the most part, anything you hear from her will involve her career.