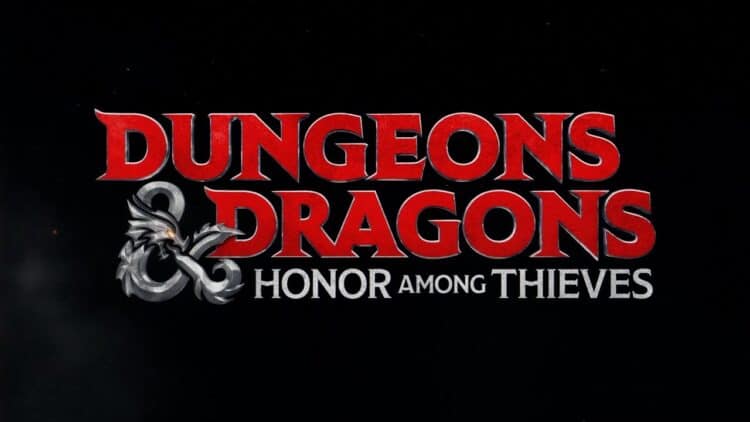 Given the title of the upcoming Dungeons & Dragons movie, it almost sounds as though the movie is going to be geared around a quest that will require the tried and true skills of one rogue or another. It could even be that D&D fans young and old will be able to see several different Easter eggs from the game, such as a certain statue with a certain treasure that old school players will no doubt recognize. Even if that doesn’t happen it already sounds as though the movie will find a way to adhere to the idea of what the roleplaying game is all about since Chris Pine has alluded to the idea that it will be action-packed, but will also have plenty of comedic moments that could help to liven up the story from time to time. For those that have ever played a lively round of D&D, this will be comforting to see and likely familiar since many sessions tend to devolve into chaos when a skill check or a poor decision sets into motion a fight or the need to run.

One show that has been featured in recent months, The Legend of Vox Machina, is another great example of this as it features characters and situations that are often found in a game of D&D, and highlights how many people tend to react in various ways to one situation or another. Seeing this in movie form has happened several times before, but each attempt has either been seriously lacking in story, special effects, or overall dialogue. The all-star cast that was used for at least one Dungeons & Dragons story looked like it would have been good enough to bring the story to life back in 2000, but the effort fell flat in a big way, even if it did have potential. There have been a couple of other movies that have tried to bring the game to life, but their limited success still didn’t manage to satisfy a lot of people.

One issue with this type of movie is that it does require a great deal of world-building or an intensely narrow focus that would still require world-building, but not on the same type of scale. Another issue is that there are so many different campaigns in D&D that trying to pick from one of them, or go off on an entirely new campaign, presents a lot of choices as to what will happen and what types of characters will be needed. Given the many different types of characters in D&D, trying to narrow down who is needed and what the story would be about are two vital components that need to be decided before moving forward. Then there are the several ideas that many fans are hoping to see in a movie one day, not to mention that there are characters that many would love to see in a movie, such as the world of Faerun, which has been one of the most popular and detailed settings in D&D, is the desired location that offers up the chance for many adventures. One aspect of this movie that should please a lot of people is that it will take place in the Forgotten Realms setting that has given itself over to so many different novels, series, and games.

Unfortunately, seeing a host of familiar faces that people have read about over the years might not happen, since characters like Drizzt Do’Urden, Bruenor Battlehammer, Wulfgar, Elminster, and many others would no doubt overwhelm the movie in a big way. There’s no doubt that many are hoping to see various classes represented such as rogues, fighters, barbarians, mages, clerics, and many more. As with Vox Machina, it does feel as though there will be plenty of companionships, but there will probably be a bit of disorganized chaos at times as well since many groups in D&D will often find that they have to improvise and adapt to things as they happen. Seeing this happen in an actual movie though is often a lot of fun, so long as the story can unfold in a manner that makes at least a little sense and can give the audience an experience that they find familiar.

Fans still have a while to wait for the movie since thanks to delays that were initially experienced due to COVID, the movie became one of the features that had to pull back on production to follow the guidelines that had been laid down by the industry. As of now though, the movie will be heading to theaters in 2023, and fans will finally get to see if this next foray into the world of fantasy will be able to keep them entertained for more than a few minutes. With the advance in special effects, it’s a big hope that this D&D movie will succeed where others have come up short.