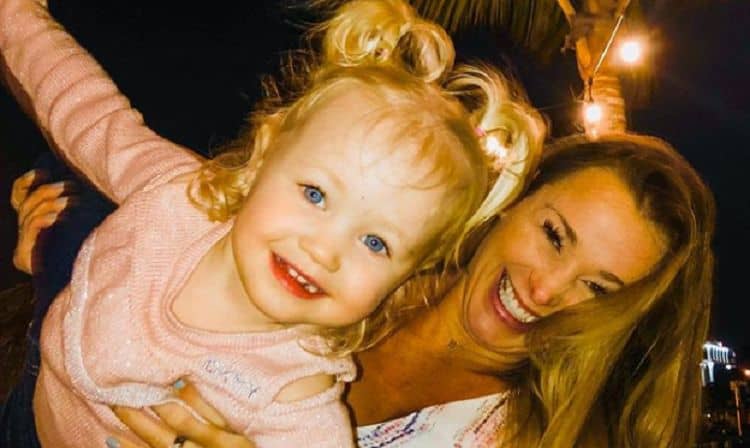 One of the reality TV shows featuring in television programming is Married at First Sight. It has a unique script, where three couples are paired up by relationship experts, according to Wikipedia. The show premiered in mid-2014, and is presently in its tenth season, boasting an overall of 64 episodes. The first season set the wheel rolling for the show towards mainstream appeal, and currently, it is one of the most popular shows with a decent viewership number. The success story from the first season is Jamie Otis, who met her husband, Doug Hehner on the show. The two have been in matrimony since 2014 and have two children. Here are ten things you probably didn’t know about Jamie Otis.

1. Early Life and Growing Up

Jamie Nicole Otis was born on June 15, 1986, in New York City. She spent most of her childhood in New York, and she opines that she grew up in abject poverty. Not much information is available about her family, though it is a known fact that she has siblings who she once took care of as a foster parent. Her single mother raised her, and she has no idea of who her father is.

2. Certification as a Foster Parent

If you watched Married at First Sight, you would notice that Jamie had a warm and radiating personality to those around her. Her heart of gold led her to foster several children when she was in her early twenties. Some of the children were her siblings who looked up to her as a mother figure. Her certification as a foster parent came through when she gained custody of her siblings.

Married at First Sight was not the first dating show that Jamie appeared. Before screening of the show where she finally found love, she was a cast member on the sixteenth season of The Bachelor, where she competed for the attention of Ben Flajnik. That was in 2012, where she got eliminated in 7th place. Later in the year, she appeared in Bachelor’s Pad’s third season, where she got into a pairing with David Mallet. They were eliminated from the show in the fourth episode.

According to People, Jamie and her husband Doug owe their blissful marriage to television. In a surprise move, the couple said I do in just minutes of meeting each other. Many of their friends discouraged them from the step, but they pushed on. The result is that they are looking forward to their sixth anniversary, with a bundle of joy sealing the deal.

5. She is a Registered Nurse

During her time in the show, she surprised many when it emerged that she was a registered nurse. However, it is not hard to take the news when you look at her warm personality. She is licensed in three states; New York, New Jersey and California. She currently works in the labor and delivery ward of Columbia Presbyterian, a medical center in her hometown of New York.

6. Her Journey To Motherhood

The journey of the couple to their blissful life in marriage started at a high note, and they wanted to cement their love by getting a baby. They announced the news of the expectation of their first child in mid-2016; however, the sad news of a miscarriage came a week later. In February 2017, they announced the expectation of their second child, a daughter, who was born in August that year. Another miscarriage came in January 2019. Jamie had another shot at motherhood when she birthed a son, their second born on May 13, 2020.

7. Her Love For Kids

Jamie Otis is not ashamed to proclaim her love for kids, and this is evident from her stint as a foster parent. In 25 things you did not know about Jamie Otis in US Magazine she opines that she would love to become a certified foster parent once again. She also expressed her wish to adopt children in future.

8. Her Shot at Authoring

Jamie has also tried out writing and has one book out Wifey 101: Everything I Got Wrong After Finding Mr Right. The book talks about her journey into marriage after getting hitched to Doug. It is an interesting piece of literature that lets you into Jamie’s personal life and the challenges she went through when settling down. She has another book in the kitchen, capturing her journey to motherhood, focusing on pregnancy and pregnancy loss.

In several interviews and sit-downs, Mrs Hehner comes clean on her attention deficit disorder condition. It is a neurological disorder characterized by behavior problems such as difficulty in following instructions, social interactions and keeping up with tasks.

When she is not in her scrubs attending to the labor ward, Jamie engages in jewelry, and she is taking it seriously as an entrepreneurial venture. She also loves helping people, and this explains her calling to the nursing profession. In future, she would love to be a TV host, an ambition you can see from her YouTube channel. She uses the channel to chronicle her day to day engagements.

At six years, Mr and Mrs Hehner are the long-living success story from Married at First Sight. It is hard to fathom how a couple can get married within minutes of knowing each other. Jamie Otis and Doug Hehner are living proof that such an arrangement can take place as evident by their nearly six years of marriage. They recently got their second born, a son, who was the utter definition of joy after Jamie suffered a miscarriage. Hers is a story of hope and resiliency and one that is very encouraging. Highlighted are ten things you probably did not know about this registered nurse. You can catch up with her on social media to know what she is up to.