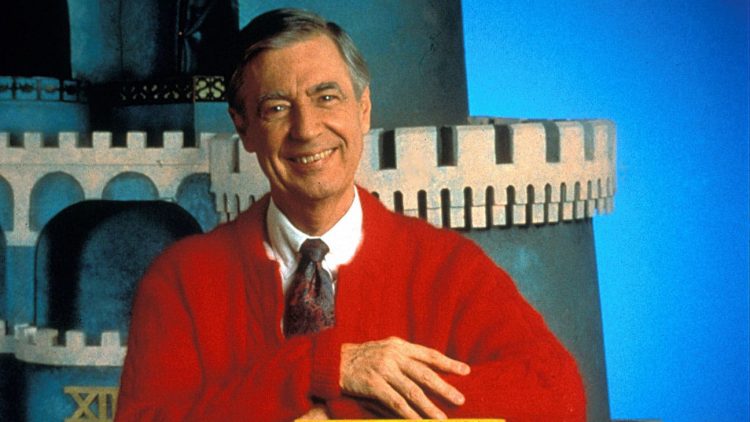 This seems like one of the biggest coincidences to come along in a long, long time, but somehow and someway ancestry.com came up with a link between Tom Hanks and Mr. Rogers, the same character he’s playing in the movie A Beautiful Day in the Neighborhood. Apparently the study found that they’re sixth cousins that are related to an individual that lived back in the 18th century and their family lines were descended from that person. Jeremy Dick of MovieWeb and many others have picked up this story as well and have run with it and you can’t help but think that it’s a very interesting coincidence that such a thing happened. It was almost as though Hanks was fated to play this role and by some happy turn of events was able to take it and run with it. There have been some people stating that they didn’t think that Hanks was quite right for the role but the great part is that they’ve been kind of drowned out since when it comes to wholesome acting and being able to turn in a great role that people love, he’s the guy that a lot of people would likely go to in describing the perfect person that could take on such a part.

A lot of us can remember growing up with Mr. Rogers on the TV screen and Tom Hanks on the big screen. That’s just the way it was, right? Mr. Rogers was a big-time TV star that entertained kids for a living and Tom Hanks was the kind of guy that got to act like a big kid for a living, at least back then. The two stars didn’t seem destined to meet ever since they were in two very different ballgames and as a result they entertained the masses in their own way and had a good time doing it. One could argue that Mr. Rogers had a much bigger impact on people over the long run and influenced those that would one day grow up to be the next generation of stars, teachers, and those that sought to better the lives of people, but Hanks has definitely kept his reputation throughout his career as the fun-loving, happy go lucky guy that entertained us as well in a very different way. It’s just funny how things happen since twenty years ago if someone would have said that Tom Hanks was going to play the part of Mr. Rogers one day people might have laughed and thought that it was a good joke but that nothing would ever come of it. Of course if a lot of us had been told a lot of things back in the day the laughter would have been instant and nonstop for a while, right?

Mr. Rogers has been an icon for so long that simply speaking his name is enough to allow a lot of people to recognize who a person is talking about and to even remind them of the opening theme to the show. Tom Hanks is much the same way, so it’s kind of easy to assume that somewhere along their family line the talent that they would one day come to possess and flaunt in such a positive way was buried or perhaps suppressed by their many family members and ancestors and was just waiting to come forth at the right moment. It kind of makes you wonder who else in Hollywood might be related to each other through various families and forebears that came before. In that light it’s even enough to wonder if any average person might be a distant relative of someone that’s insanely famous, though of course a lot of people still think that Ancestry.com is a lot of bunk no matter that DNA doesn’t often lie. There’s a lot of human error involved however and that alone could make people a bit skeptical about the matter considering that if someone was wrong it could be a humongous gaffe that wouldn’t be forgotten or forgiven for a long time to come. With this match though it would seem that those that came up with it are pretty certain, so maybe there is something concrete to it and fate decided to intervene and make something happen. It’s hard to say even if a person just wants to go with it.

It can’t be denied that both men are considered highly important to show business and both of them have contributed a great deal to the industry in their time. While Fred Rogers passed away in 2003 and, according to his widow, wasn’t always the saint we remember as reported by Amy Kaufman of the Los Angeles Times, it’s very easy to say that he was one of the best entertainers around, which is a good tie-in to the belief that he and Tom Hanks are related.