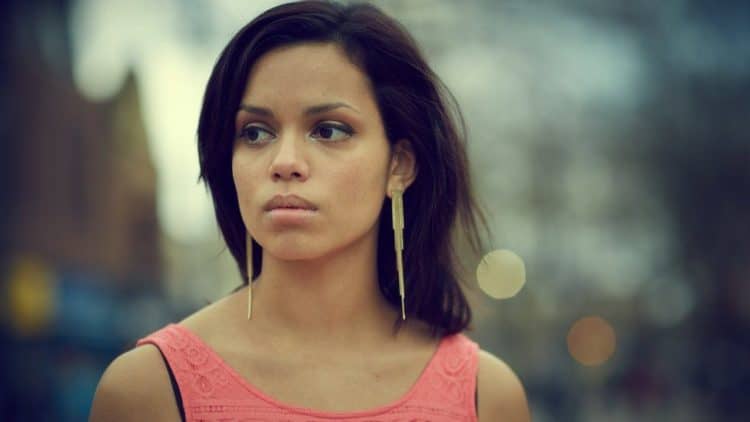 Georgina Campbell never in her wildest dreams, thought she would be a successful actress. She did acting as a hobby, and it is only a chance meeting with a film director that pushed her to take acting seriously. She now has been in many productions, including “Krypton,” “Flowers,” “One Night,” “One of Us,” among many more. The strong work ethic which her parents instilled in her have helped Georgina remain focused in an industry that may take years for one to get a significant role. As we continue to watch, her do what she does best in “His Dark Materials,” let’s learn a few facts about the 27-year-old.

1. She wanted to be an air hostess

At only five, Georgina knew that she would grow up to become an air hostess. It was not a well thought out plan for her career since the only thing that motivated her was the fact that she had never been on a plane. It is, therefore, no surprise that in university, her focus shifted to acting.

2. What led her to become an actor?

Georgina never took acting seriously; in school, the only roles she got entailed only one line, and she was comfortable with that. However, at 15, as she walked on the streets, Georgina was approached by Sarah Walker, a film director. Sarah asked Georgina if she was an actress, and when Georgian revealed that she was not, Sarah asked her to go for auditions. Georgina landed her first role in “Freaks” as Lucy, the main character. She revealed that her being uncomfortable in front of the camera helped her get the part. After that, Georgina got an agent but remained in school as she continued auditioning.

3. The advice she would give her younger self

If there is one thing that Georgina would tell her younger self, it would be to be more patient. She says that people usually compare themselves with others, instead of concentrating on the task at hand. She believes that one must take their responsibility seriously, regardless of how small the role is. With patience, you can give your all.

4. Her most epic film

Most actors usually do not pick any of the productions they have been cast in as their favorite. Georgina sets herself apart in this regard because “King Arthur: Legend of the Sword” is so far her most epic film. The film, directed and written by Guy Ritchie, was meant to be part of a six-part franchise. Unfortunately, from a production budget of $175 million, it made $148 million, leading to losses amounting to more than $150 million for the production companies. For Georgina, her small appearance as Kay served to be memorable since not only did they shoot the film in the same studio as “Harry Potter'” but she also got to meet her favorite actors including Charlie Hunnam and Jude Law.

5. She did not expect to win the BAFTA Television Awards

The British Academy of Film and Television Arts (BAFTA) film awards have been recognizing the outstanding British and international contributions to the film industry for 72 years. Since she was a relatively new face in the industry, Georgina expected Sarah Lancashire or Sheridan Smith to win. Therefore even when her category came up, all Georgina could think was that they should get over with it so she could get something to eat. However, she was shocked to hear the announcers call out her name, and she could not hide the surprise as seen from the picture published on Newsbeat.

6. She would love to do more comedy

Actors like Adam Sandler and Will Ferrell are best known for their comedy performances, while others such as Sylvester Stallone and Wesley Snipes are in the action genre. Georgina, on the other hand, has a reputation for her dramatic roles, but given a chance, she would love to be in comedies. Georgina admits that she is not sure if she is even funny. Still, with a brilliantly written script, Georgina believes she would pull it off.

7. Why she loves acting

They say a day in which you have learned nothing is a day wasted, and Georgina seems to share this opinion. To her, the work of acting presents a perfect platform for her to learn diverse skills and meet new people. Georgina discloses that as an actress, you are always educating yourself with people’s experiences, how they cope with different circumstances, and their behavior too. Moreover, the various roles she gets afford her some opportunities to do things she would never have done were it up to her. For instance, some characters she has played have led her to do some heavyweight training as well as learn a few stunts.

8. She was a bartender

Pride does not pay bills, so no matter how educated you are, you have to take any job until you get the one you have been eyeing. After graduating from university, Georgina’s acting future looked bleak. Bills had to be paid, so she got a job at Koko in Camden as a bartender. When she thought that maybe she had chosen the wrong career path, along came the BAFTA award, and doors began opening.

9. She has been listed in Forbes among the “most influential under 30.”

Being listed in Forbes is no mean feat considering the rigorous parameters used. Besides, the competition is stiff since it features people from all over the globe. Forbes 30 under 30 is a list that is identified every year comprising the most promising and brightest game changers below the age of 30, across 20 different industries. This year’s list of Forbes “30 most influential people under 30” in Europe saw Georgina being recognized in the entertainment industry.

10. How did winning a BAFTA award affect her?

After her parents encouraged her to take acting more seriously, Georgina was still unsure about making it a full —time career. Despite going to Royal Holloway University and graduating in 2014 with a film studies degree, Georgina was afraid that the industry would not be so kind to her. However, after bagging a BAFTA award for her role in “Murdered by My Boyfriend,” she realized she was a good actress. On the positive side, Georgina admits that it has enabled more people in the industry to know her name, but on the other hand, the expectations they have of her are quite high.