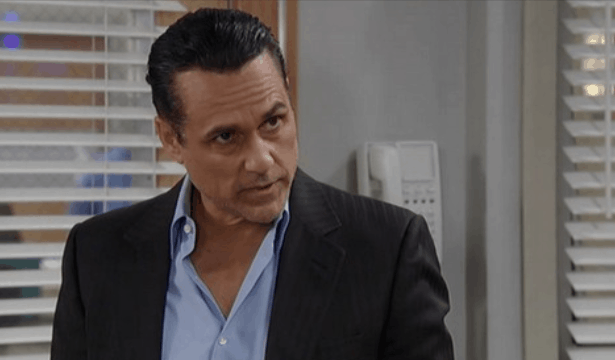 General Hospital fans are so excited to see that some of their very favorite people on the show were given the chance to win Emmy Awards in 2019. Maurice Benard is one of our very favorite actors on the show, and we are so excited to learn that he was honored for his amazing role as Sonny Corinthos. He was up against some serious talent in this category. Peter Bergman, who has played Jack Abbott on Young and the Restless for decades was nominated. Tyler Christopher was nominated for his role as Stefan DiMera on Days of Our Lives, and Billy Flynn was nominated for his role as Chad DiMera on Days. Additionally, Benard was also up against his own cast mate, Jon Lindstrom, who was nominated for his roles as both Ryan and Kevin Collins. Alas, only one man can take home the award for Outstanding Lead Actor in a Drama Series, and it was Maurice Benard. And we have a few fun facts about him.

This is Not His First Win

He is good at this job, and he might just know it, too. He was given this award back in 2003, too, and he earned it just as much then. He’s been playing this role like a champ for many years, and we appreciate how much he brings to the table, and how much effort he puts into this role. He’s been someone we’ve all known and loved for a long time, and he was recognized for that more than once. We are loving that he’s been recognized once again.

There is so much most of us do not know about this health disorder, and that’s what he is working so hard to change. After being diagnosed with Bipolar Disorder in his 20s, he’s spent much of his adult life working so hard to make sure that the rest of the world is educated on what this means, how it works, and what it will do to you. He has been an advocate for this health condition ever since, and he is the reason so many more people are aware of what it is, what it means, and how it works. It’s been a long time coming, and this is something we could all use a bit more information about. It’s been something we can get on board with — everyone should advocate for what they know we all need more information about.

He’s Got an Adopted Child

Benard and his wife, Paul, have three children together, and they have a fourth they adopted in 2008. Their fourth is actually his wife’s sister, whom they adopted in 2008 when her own mother passed away. It was a sad time for them, but they knew that they had to take her in and love her as their own, and that is what they did. This is something that is very near to their hearts, and we are sure that their other three kids loved having their aunt live with them as their sister throughout their childhood.

It seems like all actors have some kind of famous family, and we get that. But we really think that it’s just everyone who is everyone who might have someone famous in their life. He’s got a cousin who played major league baseball for three major league teams. He played for the Blue Jays, the White Sox, and the Giants. That is pretty impressive for Marvin Benard.

Not in that he kills people for sport or that he is not a nice guy at home, but more that he likes the tough guy life. He boxes and loves martial arts, which means he’s probably got more than a few moves about him. He and Sonny have that in common, and we love that about them. We would love to see the show write in a few of those moves during one of his scenes so that we can see him show off just how much he’s able to move. We do wonder if he would love that, or if that is something that he would feel is less enjoyable if it’s for work.