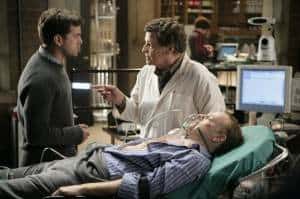 This week’s Fringe episode is entitled ‘Ability.’ Now, I am a firm believer that everyone has their own unique abilities. From the elite corporate CEO to the guy who empties his trash, everyone has something to teach. Therefore, there is always something — no matter how big or small — that we can learn from each other. This episode emphasizes that in very interesting ways. So, let us begin at the beginning.

The episode opens with us returning to the German prison cell that held David Robert Jones and his attorney. Jones, as we already know, killed the lawyer and then in a flash of light, miraculously disappeared. He reappeared in a field atop Little Hill in Boston, Massachusetts, thousands of miles from his previous location. Naturally, the German guards are not thrilled that a prisoner has vanished into thin air, so alarms sound all over the place. When we see the inside of the cell after Jones has evaporated, it looks like someone exploded in the corner where he was standing.

Returning to Harvard, Olivia enters the lab to find Walter on his knees applying something to the udders of Gene the cow. Like Olivia, I really am not sure I want to know what it is either! (Ed. note: my guess would be Bag Balm, and my rural kid upbringing is showing. – Beans) Olivia goes on to tell Peter that the German authorities have been to talk with her about Jones’escape. She is aware that Jones was working with Mitchell Loeb. Mitchell was responsible for walking through bank walls and stealing the parts of a machine that Walter invented. A machine that would allow for travel through space and time that Walter calls a ‘DIS-RE’Machine. Walter goes on to explain that it disintegrates then reintegrates the user. However, this transporter is not quite as easy to use as the ones that Scotty used.

Using the DIS-RE machine would require that the traveler spent weeks in a decompression chamber afterward and even then, Walter says, he would wish he hadn’t. In the next scene, we find exactly that. Jones exits an old decompression chamber, surrounded by anonymous henchmen and very shakily asks for a cup of tea. His lab has been set up and he asks about something he calls the sealant. After he is told that everything is in order, we are shown very obvious tremors in his hand. This seems like the beginning of the end of Mr. Jones.

Out on the streets of Boston, Tommy the paper vendor goes about his daily routine, when a nicely dressed gentleman, with a very out of place single rubber glove on, buys a paper using a two dollar bill. He takes his paper and leaves without us ever seeing his face, although from behind his looks a little like ‘Horned Rimmed Glasses’from Heroes! After making some small talk with a more frequent, and cuter, customer, the Tommy suddenly grabs for his eyes. As his eyelids literally close over with skin, he screams. Next, his mouth and nose close over. He can’t breathe and after running a few steps down the street, he dies. If he had glasses on, I swear he would look like Dr. Bunsen Honeydew from the Muppets!

Back at headquarters, Charlie and Broyles find some information of Jones’lawyer. Olivia, however, has gone to see Mitchell Loeb arriving in a half ton truck with his trendy orange jumpsuit and shoes. Loeb tells Olivia that she can threaten him all she wants, but there is nothing she can do to stop what was written from coming to pass. Wow, that is rather apocalyptic. Olivia wants to probe Loeb for more, but Broyles calls and tells her to grab the Bishop family and meet him at Boston General.

Peter, Walter, Liv and Broyles enter the morgue and find Tommy Honeydew on the slab. Walter figures out that some kind of mutation might have caused the lipids in his cells to ‘recognize and seal any and all orifices.’Walter asks, quite candidly if they have checked Tommy’s anus and penis to see if they have been affected as well. Peter asks Walter if he can please get the answer to that question when he is not in the room. Walter’s other thought about the Human Balloon in front of him is coffee cake. Anus to coffee cake in less than 30 seconds! That is amazing even for Walter! 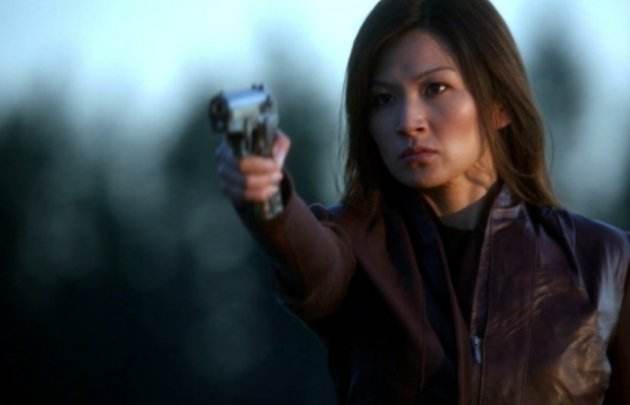 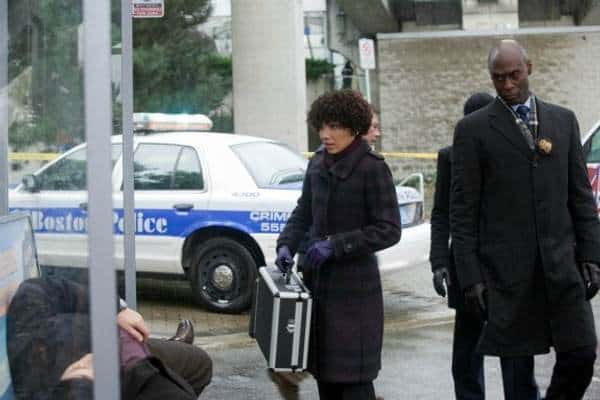 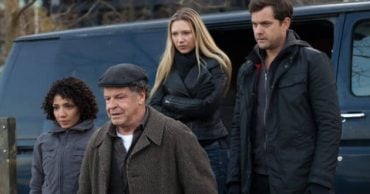 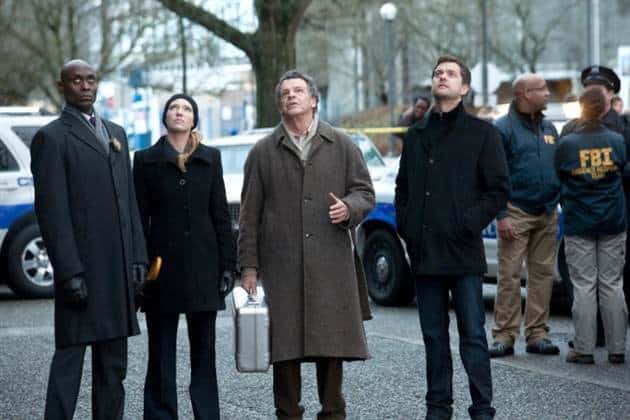 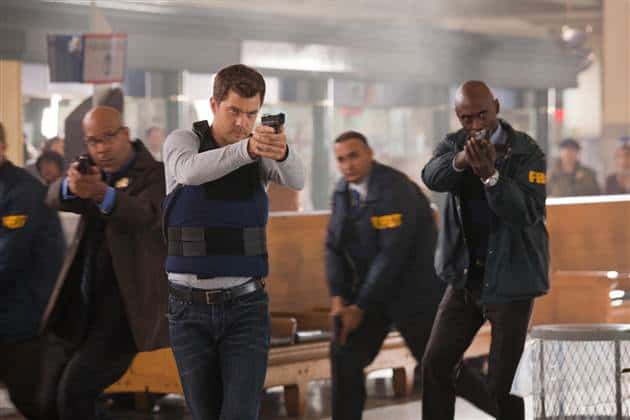 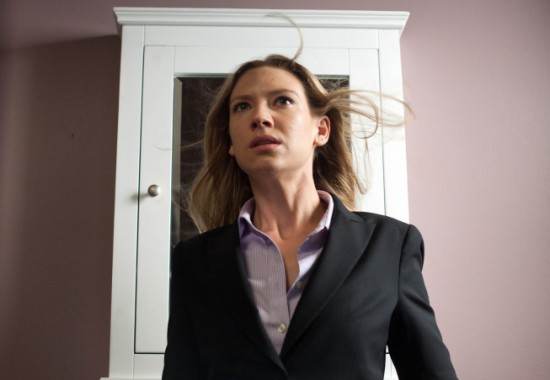 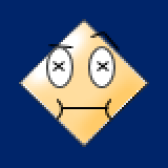