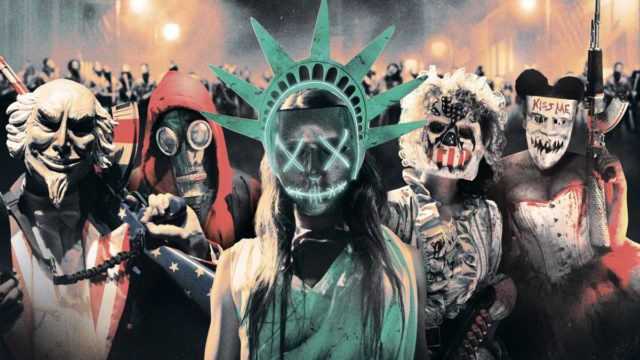 Despite one of the rockiest beginnings of a would-be franchise, the Purge movies have undoubtedly been some of the most creative series to come out of the horror genre in upwards of a decade.  In addition to the wide range of set pieces and kills that the premise of an annualized, government-sanctioned murder-spree lends itself to, it also found the perfect way around the awkward 21st century problem with horror movies: that between cell phones and the internet, there is always going to be some way to find help.

Not so in the world of The Purge, however.  Sure, you might be able to rely on the kindness of a neighbor, but you can forget about the police swooping in to help.  For a twelve hour stretch one day a year, all emergency services — police, hospitals, fire departments — are shut down and all crime is legal. 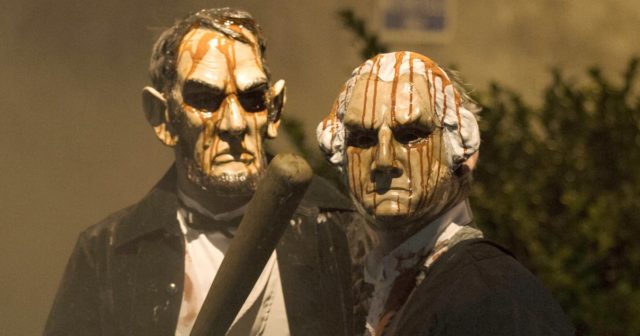 Although the first movie was just an inventive premise for an otherwise pedestrian home invasion flick, the series quickly escalated into far more ambitious territory.  The second movie, Anarchy, showed us the full scale of Purge Night activities while its third, Election Year, saw the pinnacle of destruction as an idealistic presidential nominee desperately tries to survive the night while simultaneously trying to end the holiday for good.

And that’s how the movie — and, presumably, series — ended.  The nominee survived.  Despite the Purge disproportionately affecting her voter block, she won the election, vowing to end the Purge upon getting into office. 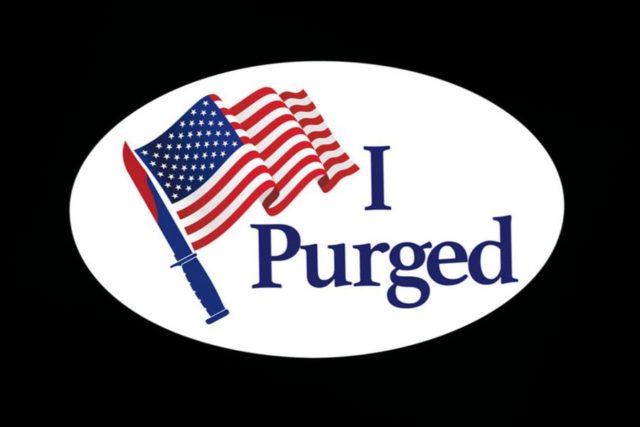 Questions immediately surged about how they could continue this incredibly popular franchise into the foreseeable future.  With the final moments of Election Year being the revelation of pro-Purge protests violently spilling into the streets, the presumption of many fans was that it would be the fledgling administration trying to combat MAGA-styled militants unofficially continuing the holiday that she swore to dissolve.  Others proposed that the remaining Purge films could all be prequels: taking place in the years prior to Election Year, covering the decades of murder-sprees that the government sanctioned before the third film’s reforms took place.

It was this last option – Election Year prequels exploring previous purges — that Blumhouse has evidently opted to pursue.  The next film in the franchise will be entitled The Purge: The Island and be directed by newcomer Gerald McMurray instead of three-time Purge director Jame DeMonaco. 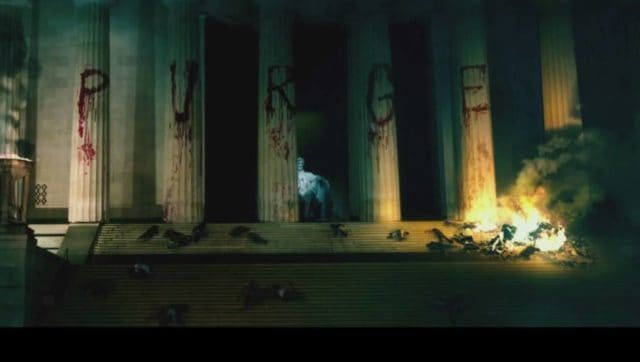 The Island will take the franchise back to the beginning, to the “first, experimental Purge.”  Speaking in an interview, DeMonaco stated that:

Although I would have preferred to explore the extra-governmental Purge follow-ups, this is honestly the next direction to take it.  Given its monstrous success and widespread appeal, the franchise won’t be ending any time soon.  And while any Purge in its decade or more existence would work equally well, the idea of visiting the inaugural Purge will be especially fascinating to see.