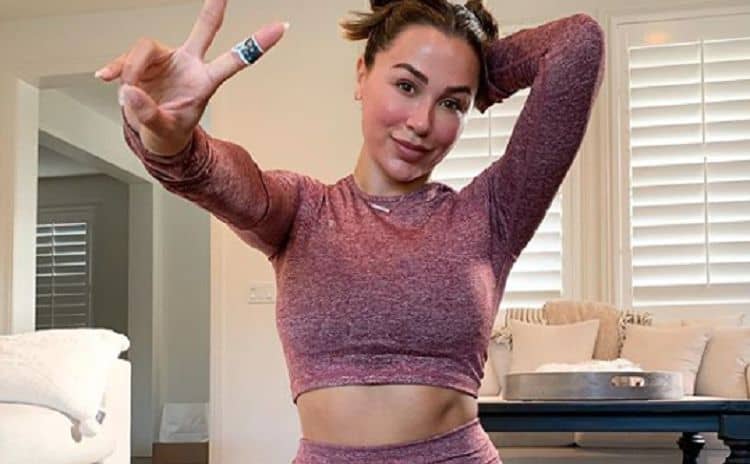 Ana Cheri is a well-known published model associated with larger companies including Shredz, Moskova, Monster energy, K& N Filters and Ultimate Arm Wrestling League. She has recently made the news because of some “interesting” photos that she has posted, which are creating quite a stir. The gorgeous model is a professional and has been making posts to boost her steady career to even further heights.Â  There is more to Ana Cheri than a beautiful physique and face.

Here are five things that you probably didn’t know.

1. Her ethnicity is an interesting mix

Ana Cheri comes from a family of brothers and no sisters. She grew up in Southern California. Her ethnic heritage is a combination of Caucasian, Latina and Native American. She has a beautiful face with large eyes and a symmetrical structure. Her physique is in excellent condition with curves in all the right places and these are the physical attributes which have helped her to secure her solid positioning in the modeling industry.

The 31-year-old model and social media sensation is married to her husband Ben Moreland. The two began dating in 2006. They were together for four years and married in 2011. Ben is a well-known expert on health and fitness, and this is a passion that he and Ana share together. The couple regularly participate in exercise to stay in the best possible shape, and it shows on both. Having common goals is an important part of keeping a relationship healthy. Ana, like her husband is also a fitness expert. Although their careers give them time apart, the have enough in common to keep them close to one another.

3. Ana is a businesswoman

She is much more than a pretty face. Ana and Ben’s passion for health and fitness have led them in the direction of opening their own gym. The facility is named Be More Athletics which is the title of the fitness program that was developed by her husband Ben. Ana’s goal is to offer empowerment for women through positive living and the development of strength through fitness. She has also been featured in several fitness publications because of her personal and professional success.

4. She has a guilty secret

Although Ana is committed to her health and fitness regimens, she does have four guilty pleasures that she doesn’t talk about much. She has a passion for certain junk food items. Her favorites are Nacho cheese, hot Cheetos, doughnuts and Reese’s peanut butter cups. We all have our personal secrets, and these are hers. We can tell by looking at her that she limits her intake though.

Ana is in the perfect position to travel throughout the world. The only problem is that she sincerely hates to fly. While there are plenty of places to see that are near to home, it’s just not the same. Ana has a zest for life that shines through in her attitude, the way that she cares for her health and the concern that she shows for women whom she feels need empowerment. She is the kind of person who wants to see it all, but getting there is the problem.

What Would a Prequel Show to The Eternals Look Like?

10 Movies Where The Bad Guy Wins