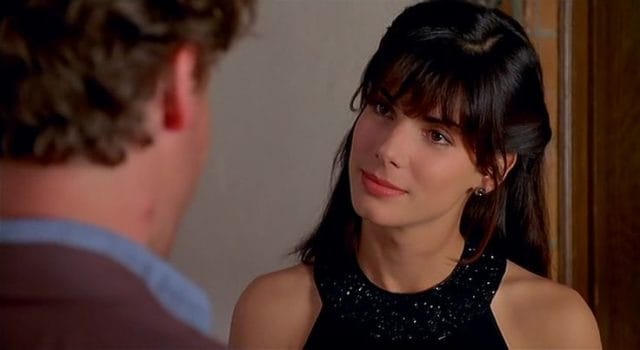 It’s hard to imagine that Sandra Bullock was ever an unknown considering where she rests today in Hollywood’s elite. But there are movies that you might have forgotten that she starred in somewhere along the way. It could have been that she was so young and not yet established or because she appeared differently in the film, but there are many instances in which you no doubt forgot she was one of the film’s primary stars.

Here are just a few good examples of films you might have forgotten she starred in.

So to be honest this one isn’t too hard to figure out. She wasn’t yet a big star and the movie wasn’t so big that it became a smash hit that would be remembered years later. It was a good movie though, and it had a very good point to it.  If you can’t be happy just being you then chances are you won’t be happy being anyone else either. Granted, neither doctor in the film really changed who they were, just how they acted and looked. But even appearance can contribute to a false persona.

This film kind of came and went without really pausing for breath on the way out. What it did help to do was start conspiracy theorists around the world to question and even in some ways condemn the internet and the level of connectivity that people enjoy to this day. Think about it, everything you do on the internet runs the risk of being picked up and analyzed by millions of people if they take the time to do so. Kind of creepy to think about really.

3. The Prince of Egypt

Did you even know that she was a voice actor in this movie to begin with? Along with Val Kilmer, Jeff Goldblum, Michelle Pfeiffer, Ralph Fiennes and several others she brought to life a biblical tale of epic proportions. Her voice was one of the few in the film that was fairly constant and was the guiding light to Val Kilmers’ Moses no matter that her character was absent for a good deal of time during his trek through the desert. In a way her character was the catalyst for what he would become.

Her role in this film seems just miserable all the time. She’s never happy, she grouses about everything, and she lashes out at everyone that even comes near her. You might think her character is just an overall unhappy woman and you would probably be right. At the end however you see her embracing her maid and whispering that she’s the best friend she’s ever had. So at least there’s hope for this character.

When you compare the role of Lenina Huxley to any of her other roles you find that the young officer persona is quite naive and even a bit starry-eyed despite her grim determination that John Spartan is the only person that can take down Simon Phoenix. Give her mass points though for her action scenes and the fact that she credited Jackie Chan movies for her skills.

Yes, Sandra Bullock did indeed have a time in her career when she was still largely unknown. That’s changed however since she is now one of the most noted actresses in Hollywood.